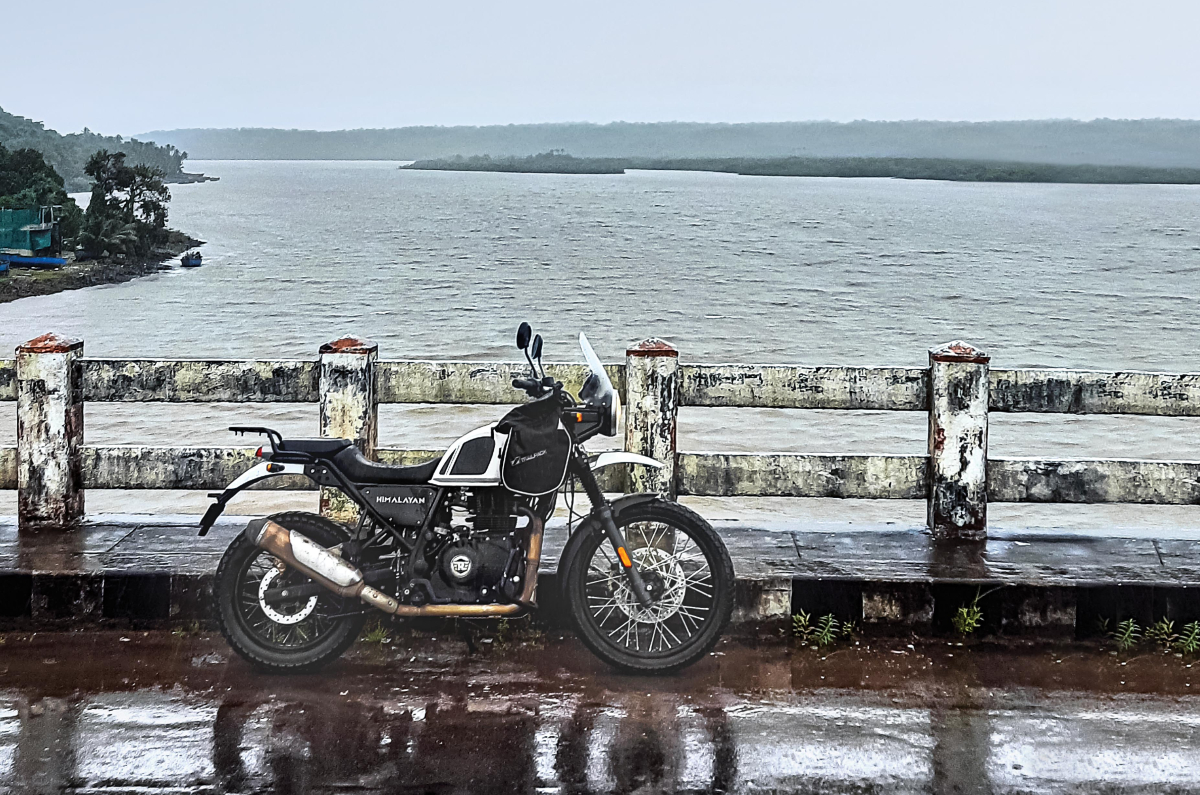 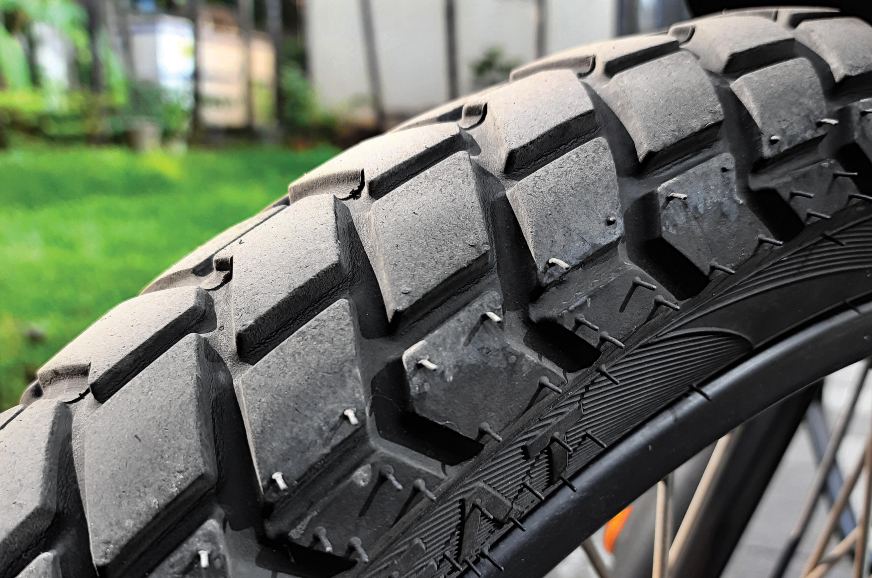 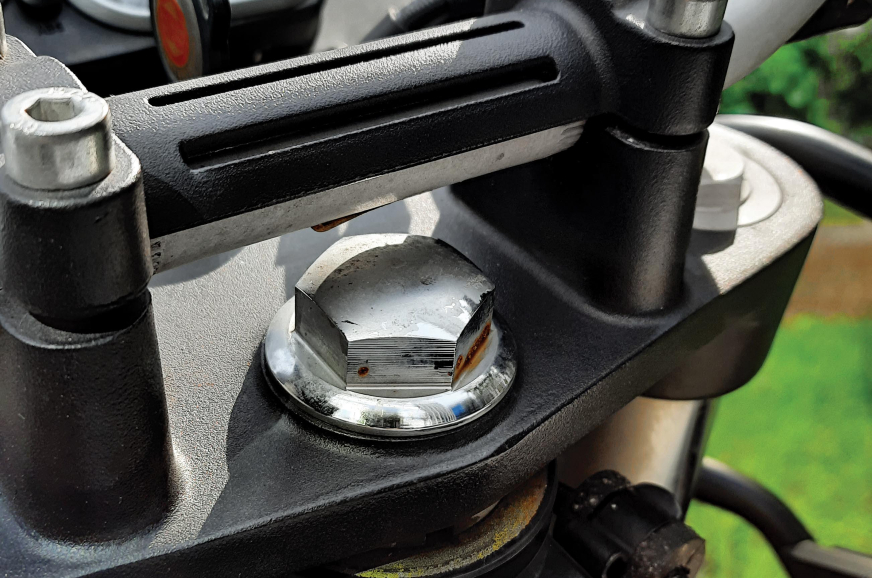 Three road trips and an equal number of services later, the Himalayan is still going strong.

The new Royal Enfield Classic 350 made a fine attempt at dissuading me from riding anything else, and it succeeded to a fair extent, too. Those tempting layers of shiny chrome saw me finding the flimsiest pretexts to ride it, even if just in the city. But fortunately, when an impromptu plan was made to ride to Goa, I called on the services of my Himalayan. I say fortunately because the ride was a rainy washout and the craters that lined the highway would probably have swallowed the Classic whole. 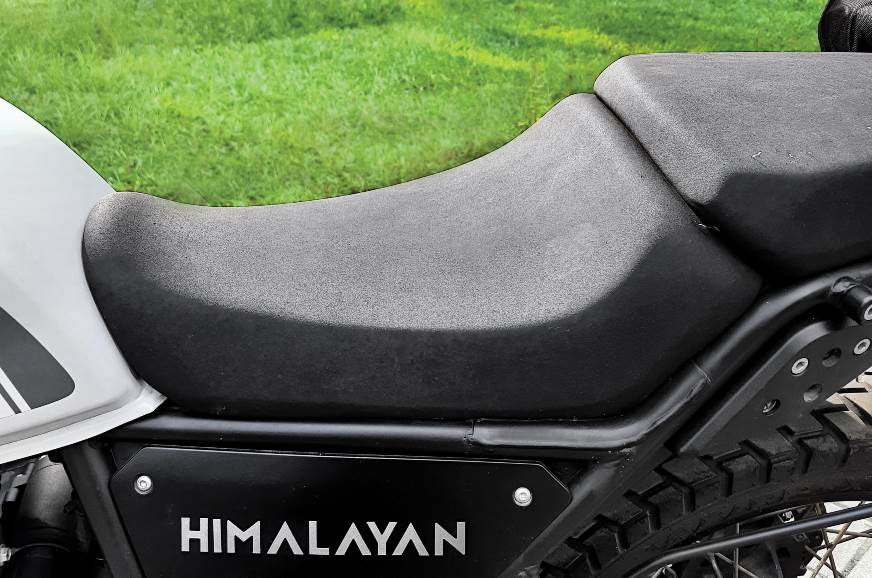 Seat stains easily and absorbs a lot of water.

Anyhow, the lunar expedition went better than I had expected. A friend on his KTM 390 Adventure rode at a considerate clip, which meant I didn’t have to push the Himalayan beyond its 100kph comfort zone and, upon arrival, a thorough wash brought it back to looking shiny new. Here’s a good place to bring up the one thing that makes living with a Himalayan particularly pleasant. Now, I’ve been obsessively particular about the bike’s preventive maintenance, perhaps fuelled by the dark clouds that hang over some Himalayan ownership experiences. This means it’s gotten three oil changes already, and a meticulous examination of every accessible nut and bolt on each of these occasions.

That may seem like a bit too much work for barely over 6,000km of riding, but it’s been made possible – and convenient – thanks to Royal Enfield’s Service On Wheels programme, which sees a technician astride a smartly outfitted Bullet Trials show up at my doorstep, fully equipped to conduct said thorough maintenance work. In fact, even on the aforementioned ride to Goa, while idling away at the brand’s beautiful Garage Cafe, a request for a chain adjustment and lubrication brought to my notice front brake pad wear, which was swiftly replaced for Rs 230 plus labour! This sort of convenience makes living with a Himalayan quite worthwhile and, as a bonus, all the upkeep has actually resulted in a motorcycle that runs smoother than when new.  As for bummers, the cone set is due for replacement (under warranty, thankfully), an infamous niggle with Himalayans that sees the steering get significantly tighter. What can’t be fixed are the seats (they do have a really nice texture and I don’t want to add a cover) that retain water for days, leaving me with soggy pants that can get hard to explain… 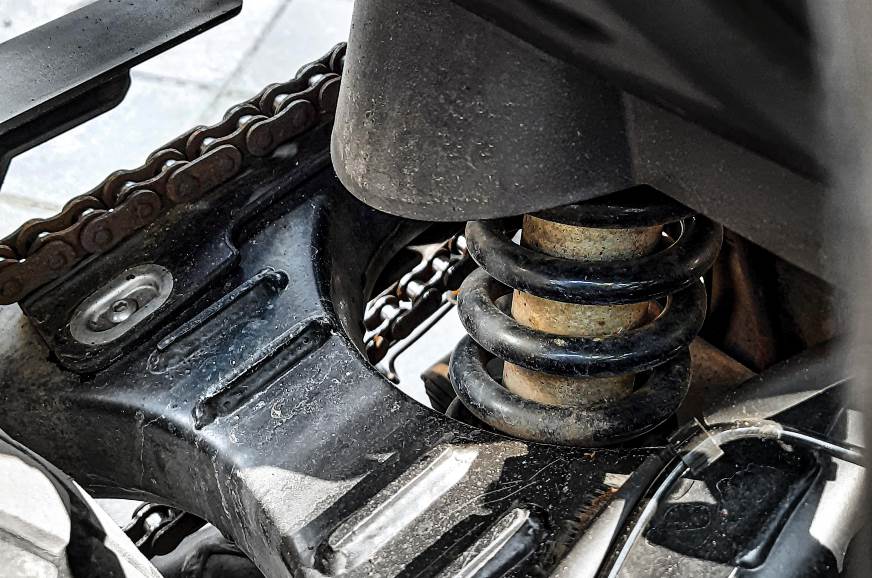 Plush monoshock does a stellar job.

The onset of winter means all of my (two) motorcycles will get ridden even more than they usually do and, hopefully, I’ll file the next report from someplace farther up from sea level, with snow-capped Himalayas for a view. After an oil change, of course!