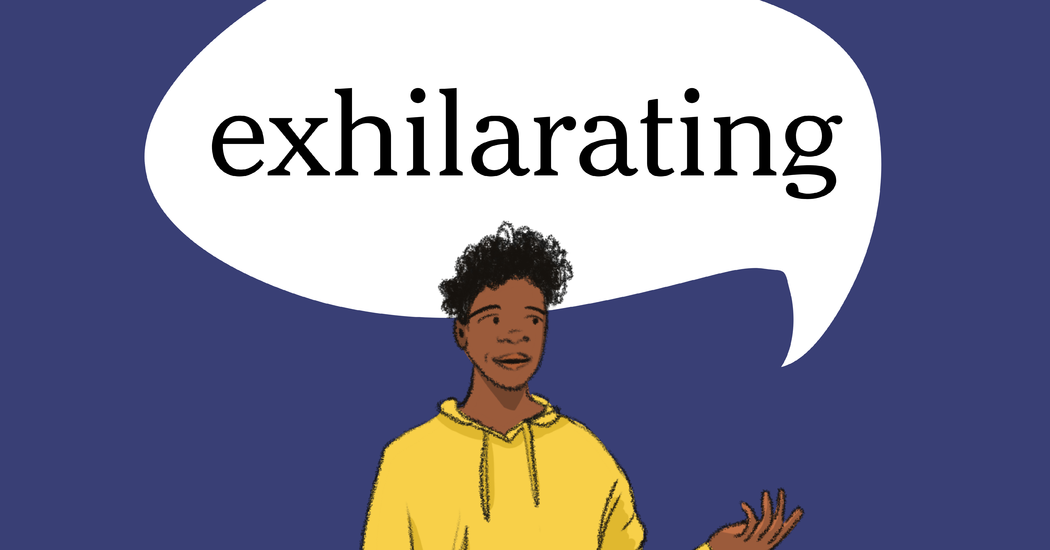 The word exhilarating has appeared in 192 articles on NYTimes.com in the past year, including on Aug. 2 in the album review “Billie Eilish’s Uneasy View From the Top” by Lindsay Zoladz:

What saves “Happier Than Ever” from the doldrums, though, is the tantalizing flashes it offers of something else. Perhaps its most exhilarating moment comes during the penultimate, title track: In the middle of the song, a politely restrained, ukulele-accompanied ditty explodes into a sky-scraping, distortion-charged power ballad. Here Eilish proves she can have it both ways. Her voice (perhaps the loudest it’s ever been on record) rises to meet the drama, and she unleashes a disarmingly earnest torrent of bottled-up grievances: “Always said you were misunderstood/Made all my moments your own/Just [expletive] leave me alone.” For a fleeting moment, she has given away all her secrets, and she sounds invigoratingly unburdened.

Can you correctly use the word exhilarating in a sentence?

If you want a better idea of how exhilarating can be used in a sentence, read these usage examples on Vocabulary.com.