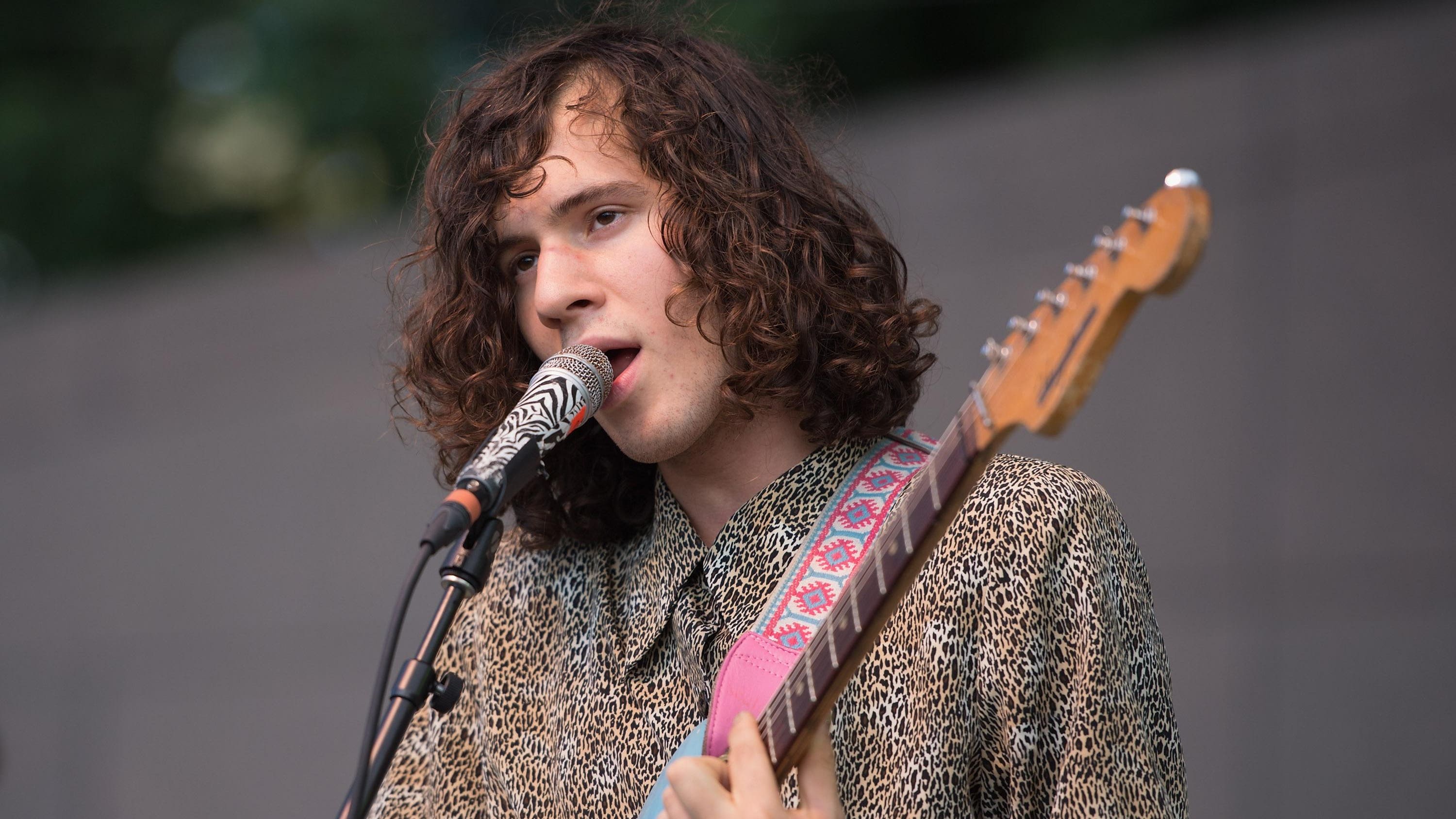 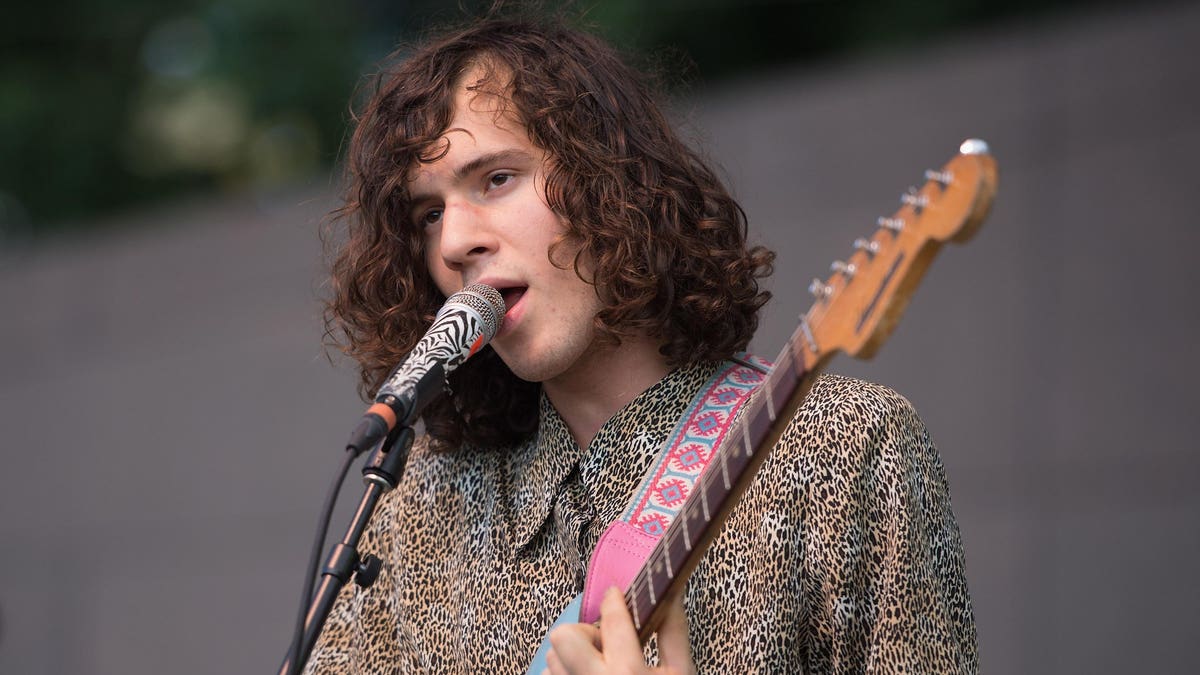 “I wasn’t allowed to release music. My old label just told me my songs weren’t good enough. They wouldn’t say why,” says Brad Oberhofer. Oberhofer has been a musician for his whole life, starting with rapping to self-recorded piano beats using his mom’s computer and evolving to stronger roots as a melody and lyrics-first guitar player. He found success originally by recording a few demos in the early 2010’s, but he didn’t finish them until a fire in his parent’s basement in Tacoma, WA destroyed all of his hard-earned instruments, increasing his urgency to finalize the recordings he already had, which ultimately turned out to be absolute bangers.

After sending countless emails to music bloggers, using the website Hype Machine to find who was worth reaching out to, he got reviewed by eight or so and eventually got one of his songs, “Away frm U”, to be on Hype Machine’s homepage. When he was in the middle of breaking out as an artist, his new big-name label tried to constrain his talents, denying over 100+ demos from being produced for no specific reasons, which put him in a mental rut. During the pandemic, which arguably put us all through a mental rut in one way or another, Oberhofer would go live on his Instagram every single night for 115 nights straight to play improv piano, keeping his followers company during tough times because, “that’s all I felt like I was good at or even allowed to do, since my old label wasn’t approving any of my songs,” explains Oberhofer.

In 2021, Oberhofer broke free of his old label and signed with a new one, Telefono Records, which is now allowing the artist to return to his roots of self-described “structured optimistic commercial existential chaos music” with the release of a new album entitled Smothered — coming to a Spotify/Apple near you on November 12th.

“In 2010, in the beginning, I was never thinking when I was writing my music ‘is anyone gonna like this?’ I was just like, ‘this is the song I made’. Going into my last album with my past label, I had to really think hard about my music and make it so good that they couldn’t deny it. And they still were rejecting my songs. Then, after five years, I was tired of being rejected and left the label,” says Oberhofer. After leaving said label, Oberhofer took a lot of time to think about what he liked and what he wanted to sound like, allowing for much experimentation and a return to what he was composing in the earlier stages of his career. “Smothered is the closest I’ve gotten to how I was writing music in the beginning. It’s just me having fun experimenting and writing about the stuff that I feel,” Oberhofer describes. “Once you start getting popular, people start to get mean. When I started out, my music was a direct outpouring of my spirit. It was better than English. It was exactly how I felt and the most accurate translation for my feelings.”

His expressions of joy, love, sadness were all being criticized due to his new found popularity in the early 2010’s. “I became vulnerable to being shut down or criticized for being too happy. That spirit and optimism that was in my early music is like a flame. Anytime someone tried to shut it down, they were trying to smother it out. Pitchfork gave me a 5/10 when I was 18, my old label rejected a lot of my music, old partners have said to me ‘you’re too feminine, be more masculine,’ just different people trying to destroy parts of myself that I think are good things. I got smothered. People get totally demolished by people or words like that, and I didn’t let that happen to me. All of these new songs are so dense and have so much care given to them, I smothered them. This album is about the duality of smotheredness.”

As far as how his new album should make you feel, Oberhofer has quite the metaphor for that: “Imagine you are a piece of chewing gum. One of the shiny ones with the coating. And you’re in your package and maybe you’re like green and healthy and put-together. And then someone puts the package into their pocket and then the packaging starts to get creased, and then they kinda squish you a little bit, and then, the coating starts to peel off, and you get a little tougher, right? You’re not so sweet and perfect. You feel a little tough. You feel kinda mangled. And then, they chew on you. You’re getting chewed on! It’s miserable. You’re crying. You’re depressed. You’re broken. And then, they spit you out. The rain comes. You’re spit out, chewed, and mangled. But then, you start to get polished by the rain. And you get smoothened out. Then, you feel wiser. You no longer have this protective coating, but you’re tough. But you also still feel sweet and smooth. That analogy doesn’t really work, but, I feel like I’ve learned a lot and I feel like I’m so happy I got chewed and spit out because I feel like I’m so much more observant. My songs no longer come out in the form of teen angst, they come out in this form of thoughtfulness,” Oberhofer puts it.

I was fortunate to hear a version of Smothered a few weeks before its release and am happy to say it’s everything that Oberhofer described it would be to me. As a fan of Oberhofer’s music since 2013, I was eagerly awaiting a return to the Brad that my brother, Louis, showed me when he accidently found his music for the first time after typing in gibberish in a YouTube search. Feel free to come back to this review once the album is out and see how you think my thoughts hold up to yours.

The way lot of music reviewers do reviews by using a number system is quite stupid. Nobody listens to a song and naturally goes, “hmm yeah this song is pretty good, definitely feeling like it’s a seven out of ten,” except for a flannelled YouTuber from Connecticut. Instead, I’ll just write what each song in Smothered reminds me of or what specific time-stamps in a song stuck out to me.

In The Blink Of An Eye (Time Passes By)

All I Want (Jónsi, Teddy Geiger)

What Does It Mean To Me?