Microsoft is making its play for the new shape of classrooms with a pared-down version of Windows 11 and a set of inexpensive laptops from the Surface brand and several other manufacturers. It’s clear they’ve got Google’s popular Chromebooks in their sights, and their partners seem to be hedging their bets as well.

Before all that, let’s just establish that “SE” doesn’t stand for anything, unlike the SE in Windows 98 SE (“second edition”) or the iPhone SE (“special edition”) or the Macintosh SE (“system expansion”). The SE is “intended to clearly differentiate it from other editions like Home and Pro,” Microsoft told me, though why they didn’t just say it stands for “Students and Educators” instead of being a completely meaningless initialism is beyond me. (Yes, Microsoft, you can steal that.)

Whatever the origin of its name, the Surface Laptop SE we may take to be the platonic shape or reference design of what Microsoft is hoping to achieve here: a $250 laptop with all the basics, but designed with the remote classroom and ease of repair in mind.

The specs won’t wow anybody, but this is intended to be a homework and remote learning machine, not a 4K VFX workstation. Let’s just have a few bullets here:

There’s a missed opportunity to use the USB-C for charging (there’s a separate port for an old-school cylindrical power connector), but it’s more or less what you’d expect from a machine at this price. 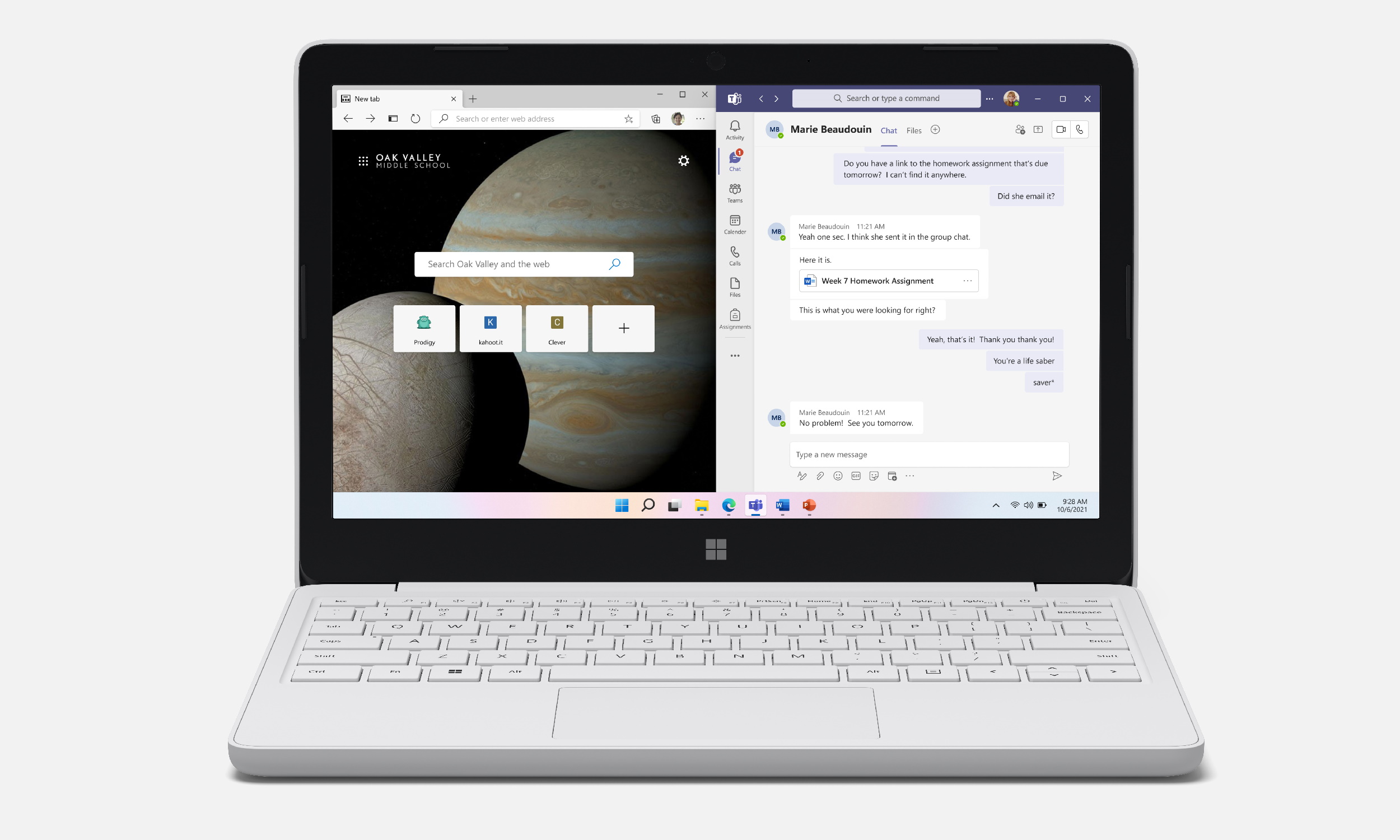 Except for the 11.6″, 1366×768 display. Of course this is intended for kids, but still, Chromebooks at this price have 1080p screens, which is a big improvement for text clarity and video quality, two things you want to optimize for in a laptop like this.

The company did say that it is bringing the solid keyboard from its nicer laptops down to this device, which is good news. And the focus on repairability is welcome as well: “vital components like the display, battery, keyboard – even the motherboard – can be easily repaired onsite, saving time and money for IT admins and schools,” Microsoft wrote.

Other devices are on the way from Acer, ASUS, Dell, Dynabook, Fujitsu, HP, JP-IK, Lenovo and Positivo, with both Intel and AMD options and no doubt a bit of variance in specs. They’re not necessarily new (Dynabook’s E10 came out earlier this year, for instance) but are compatible with the new OS.

To wit, all these laptops will be running Windows 11 SE, a version of the OS that’s intended to be easy for schools to deploy en masse. It has been optimized for the hardware noted above and can be provisioned quickly and simply, with Microsoft 365 and other commonly used apps and services pre-loaded. School IT is also the only one that can add and remove apps, and can control web access as well. Automatic updates, cloud management, the whole enchilada. 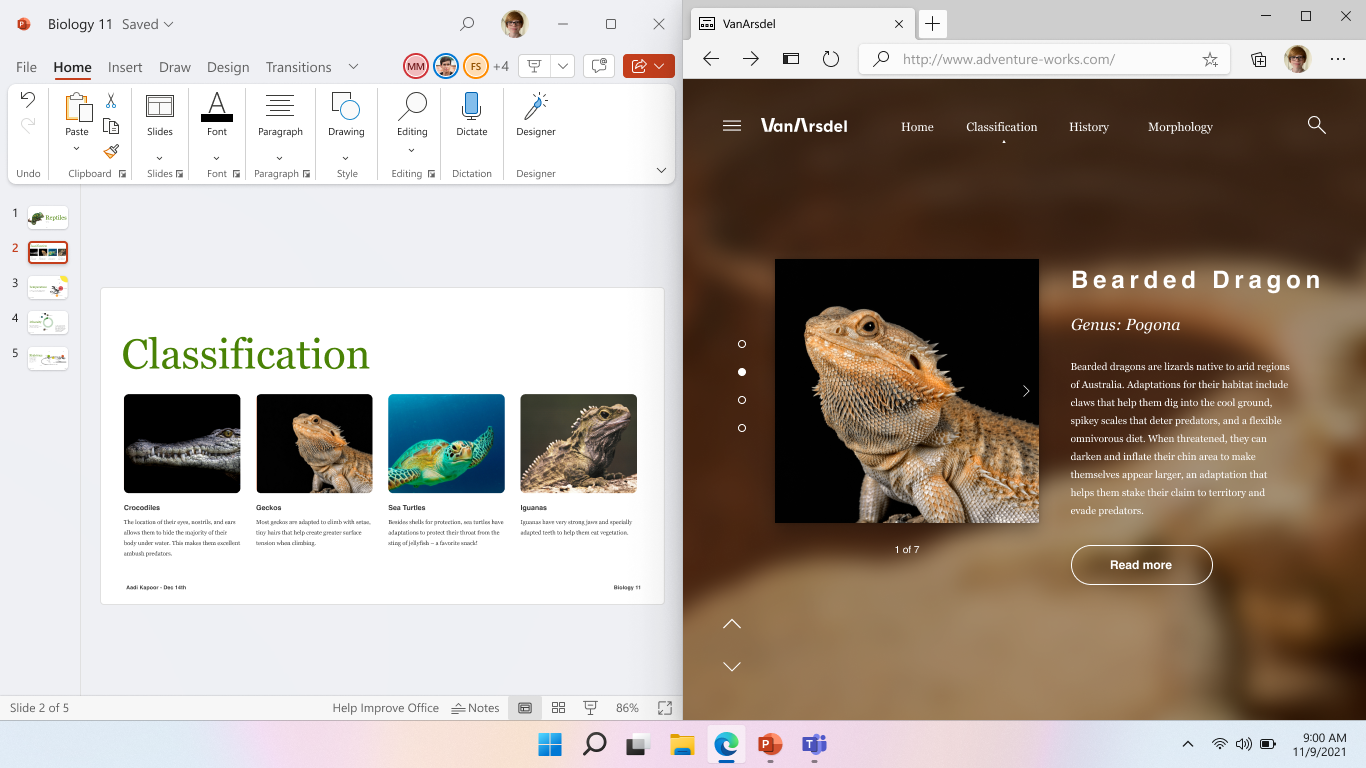 In the announcement post, Microsoft notes that internet access at home is not necessarily something that every student can rely on. So they made sure that the built-in apps don’t have to phone home to work. 365 apps will work offline and OneDrive will store changes locally, syncing them once it connects to Wi-Fi.

Microsoft has had mixed luck with these limited forks of its flagship OS. Windows RT was the most famous flop, but 11 SE is very different — sure, it’s made to run on specific hardware and locks down a lot of basic features, but it’s intended for a particular market that actually wants those things.

Netbooks, too, were something of a flash in the pan and not much good to anybody, but nowadays you can do a lot more with a barebones PC and a browser. Hopefully these modest notebooks will make it into the hands of students and do a bit to improve the rather uneven present situation with remote learning.