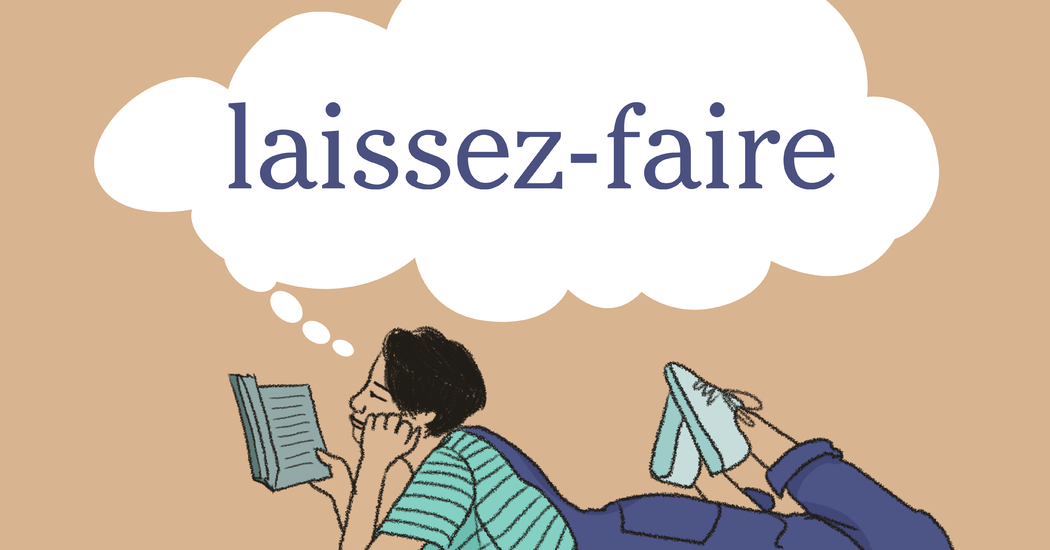 1. the doctrine that government should not interfere in commercial affairs

2. an attitude or policy of ignoring or overlooking the actions of others

The word laissez-faire has appeared in 64 articles on NYTimes.com in the past year, including on May 21 in “San Francisco’s Shoplifting Surge” by Thomas Fuller:

We talked about the thefts we had witnessed in the city and the sidewalk thieves’ markets where steaks, bicycles and other stolen goods are fenced. Safaí said he had recently stopped to inspect one of these markets at 24th and Mission.

“Half of Walgreens was on the sidewalk. I’m not kidding,” Safaí said. “I was blown away. I’ve never seen anything like it in this city.”

He talked about what he called a laissez-faire attitude in San Francisco.

“It has become part of the landscape,” he said of thefts. “People say, ‘Oh, well, that just happens.’”

Thieves “are obviously choosing locales based on what the consequences are,” Safaí said. “If there are no consequences for their actions, then you invite the behavior. Over and over.”

Can you correctly use the word laissez-faire in a sentence?

If you want a better idea of how laissez-faire can be used in a sentence, read these usage examples on Vocabulary.com.