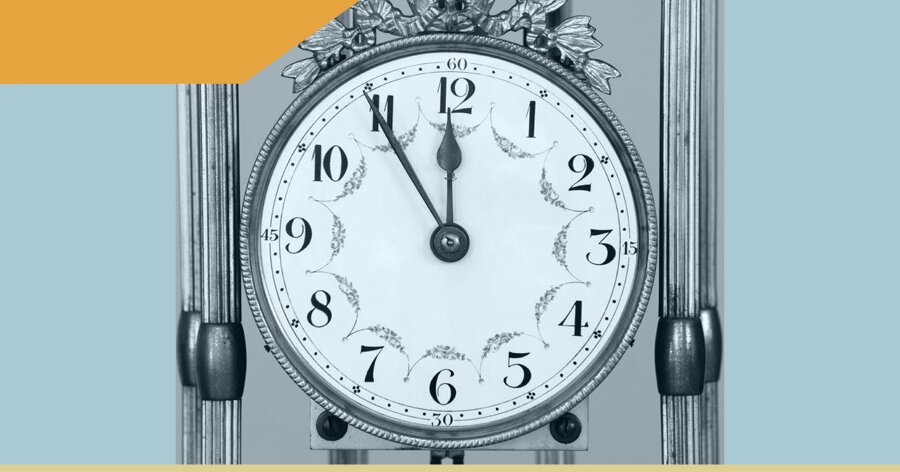 Ms. Coaston sets up the episode and conversation:

As you will likely learn on Nov. 7 when your oven clock is suddenly wrong — or maybe that’s just me — clocks in most of the United States will fall back an hour, plunging us into darkness for the next four months until we change them back again. It’s a never-ending cycle, much like time itself. I’m Jane Coaston. Personally, I find the clock switches pretty annoying. It’s disorienting. And I know it can be a nightmare for my friends who are parents. But what didn’t I know? Daylight saving is a wildly contentious issue with some truly high stakes. Also, yes, it’s saving without the S. You learn something new every day. It’s getting Senators Marco Rubio and Ed Markey to actually agree on something, the Sunshine Protection Act, a bill to make daylight saving time permanent, which, by the way, 19 states already have on tap.

Dr. Takahashi argues: “Standard time is determined by the rotation of our Earth. And it also is optimally phased to correspond to biological clocks.” He continues:

So even though the switch is only on two days, the lasting impact of the switch can be as long as weeks for certain individuals. So, for example, when you spring forward and individuals have to wake up an hour earlier each day, many individuals actually require two to three weeks to make what seems like a very small change of one hour in the timing of the clocks in our body. So a circadian rhythm is a 24-hour, typically physiological, process in our bodies that has a periodicity of about a day. It’s not exactly 24 hours. And it’s endogenously generated by our own cells, by the special set of genes, OK? And living organisms have evolved to have circadian clocks to anticipate the 24-hour change in the environment. So, for example, if you’re a plant, it’s pretty obvious you can’t move. And you depend on photosynthesis. The plant knows when the sun is going to come up the next morning. It doesn’t just respond to the lights coming on. It has a whole metabolic program that it goes through each day. Very clear in plants, but it turns out even in us humans and in animals, we have this 24-hour metabolic program that happens every day. But modern society has also imposed additional stresses on our biology. And what we now know is when your body clocks go out of sync, there are many bad health and metabolic consequences. We lose our ability to regulate blood sugar. Lipid levels go up. We become hungry when we’re not really hungry. Lots of signaling mechanisms are influenced by disruption of our clocks. And just that one-hour disruption is enough to actually trigger these problems.

Mr. Buehler counters with an argument in favor of permanent daylight saving time:

I think that the advantages that we get during the summer are very different than the advantages that we could get during the winter. So we all know what the advantages of daylight saving time are during the summer. You have longer evenings, whether it’s kids playing outside or people golfing or playing basketball or going out for a walk. You can do more in the night. We’re using that time early, early in the morning before everybody gets up, and we’re allocating that hour to the evening, when people are awake. The winter is different. In the winter, most places in the United States, because it’s so dark, really have to make a choice. Do they want to allocate the hour of light for the morning commute or the evening commute? And on balance, the argument that I would have that many states have is that that hour of daylight is better allocated for the evening. So the evening commute is more irregular. There’s more children out playing. There’s more commuters that might have alcohol in their blood stream. And people are more tired. And so it just makes more sense, if we can’t have both commutes in the sunlight, to prioritize the evening commute. And that’s why I think many jurisdictions are starting to look in that direction.

Students, read the entire transcript or listen to the entire episode, then tell us: