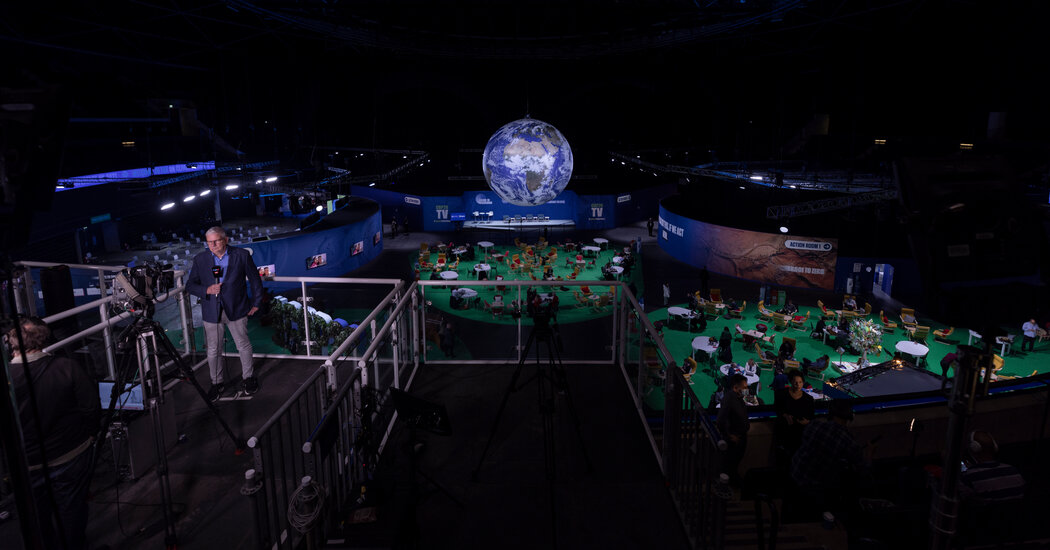 It is underwhelming yet not surprising that only 26% of Americans are worried about climate change, and it is most likely composed of Gen Z since they will have to face the consequences, unlike older generations. This portion only goes to show the disconnect between many Americans since much of the population either does not believe in climate change or separate themselves from societal issues which ultimately only hurts marginalized identities. Despite this, Shain’s article stresses the value of climate action since shared feelings of grief open a door of social support and the opportunity to fight for sustainability. Many activists, such as Greta Thunberg, have challenged political leaders to take immediate action to protect the livelihoods that will be stolen from climate change; however, a plethora of communities have actively fought for climate justice, yet their voices are not amplified, such as the Indigenous American community…Because of this, we need to recognize more communities that are directly impacted by this issue and fight for climate justice.

While I do not experience “Climate Anxiety”, I think that it’s very important to be aware of our environment. The changes happening today are our future and if we want to live in a safe and habitable earth as adults, we need to think about our decisions today. I think that most of the people concerned with Climate Change are my generation, or Gen Z, because it’s almost not the older generation’s problem because they will be gone before it starts to affect them.

How Do We Cope?

Reducing climate change has always been a passion of mine since middle school. Yes, I have on multiple occasions worried about the current state of our world, where it’s headed, and how we’re going to stop trends stirring us in the wrong direction. But after taking an AP Environmental Science course my sophomore year of high school, I found myself a coping method: breaking it down. There are many factors that fall under the umbrella of climate change, from waste disposal to agriculture practices to factories; during the APES course I learned about all these things and what things have what affects on the environment. It may seem like learning about all the different ways we’re hurting the earth would cause more stress, but for me it helps me process everything. When you think about climate change as a whole, naturally that’s a bigger bite then we can chew- you just don’t know where to start- but when you break it down into all the contributors, it’s much easier to digest. In regards to conservation efforts, identifying and figuring out how to tackling one specific factor is much easier than trying to take on climate change all together.

I do believe that I have, to some degree, experienced anxiety and grief related to climate change. Sometimes when my mind is wondering, a world fully infested with climate change will invade my thoughts. I may think about towns being flooded, vegetation becoming scarce, or animals that have been on this planet for longer than humans going extinct. To try to cope with this “climate anxiety,” I think about the things that can be done to reduce climate change. When thinking about this it calms me down some, knowing that if we all work together, we can stop, or at least reduce, the flooding, food scarcity and animal extinction caused by climate change…

Collective Anxiety and Grief Can Bring About Real Action.

For some, climate change is not an issue worth tackling. However, for others, climate change is the source of unrelenting anxiety, especially for those who are directly impacted by the change in climate, even those concerned about the future. This anxiety and grief run through the veins of many young people, and while, in many cases, anxiety is associated with negative connotations, in this case, anxiety should work as our motivation for change. As we continue to uphold the status quo and allow multibillionaires to continue to pollute ecosystems and harm the Earth for profit, we are allowing people all over the world to suffer, specifically those from low-income communities and people of color, who are “often on the front lines of climate change.” While it is imperative that the grief that we collectively feel is used to bring about real action we should also celebrate our wins, as well as work to overcome this despair and transform it into a more positive feeling …

I experience climate anxiety, as I think a large portion of my generation does. This guilt has integrated into my everyday life from things like what I eat to where I buy clothes. The threat of climate change is all-encompassing, thus the anxiety is too. Some try to argue that the guilt is pointless because there’s nothing you can do about climate change. While I can understand that feeling, I would have to disagree because there are always actions you can take to make a change. I think it’s about finding ways big or small that make a difference whether that be voting for the right people, volunteering your time, or making sustainable swaps. Of course, this problem can’t be solved on our own, it is largely on big corporations to fix their practices of fossil fuel burning, but we can still use that feeling of guilt to create a positive change.

As someone who often experiences anxiety, when I contemplate my future plans, I often circle back to the worry that there’s no point in making any goals if there might not even be a world I want to be in, in the not-so-distant future. I wouldn’t say it’s the top priority in my life but it’s like a nagging issue, constantly in the back of my mind. The article claims that 26 percent of the American population is very concerned about climate change. I find this statistic depressing as that’s exceptionally low when climate change is a detrimental problem affecting everybody. Many young people I talk to seem to feel like the situation is out of their hands completely. That it’s impossible to change the outcome at this point. While I understand how they feel, and oftentimes feel just as hopeless, I think people need to ask themselves: What is it that I can do to make a small change in my day that will make a difference no matter how seemingly insignificant?