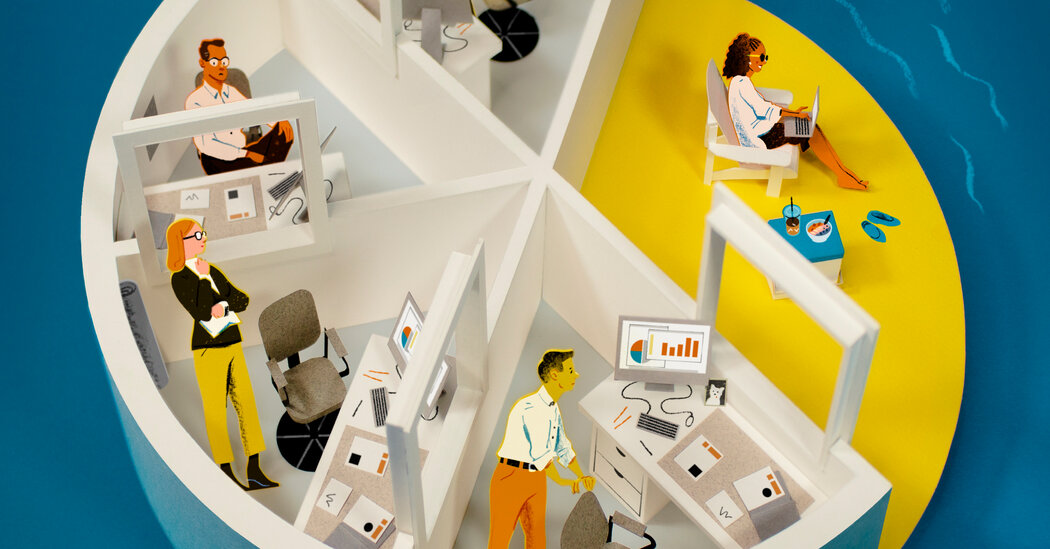 What is unique about Gen Z? What are some of the qualities — good and bad — that define your generation? Have you found older generations accepting of those qualities?

In “The 37-Year-Olds Are Afraid of the 23-Year-Olds Who Work for Them,” Emma Goldberg writes about generational differences related to work and beyond:

As a millennial with a habit of lurking on TikTok, Jessica Fain understood that skinny jeans and side parts were on the steady march toward extinction. But when Ms. Fain, who works as a product manager at a large tech company, heard that some of her favorite emojis might also be confronting retirement — namely that laughing-sobbing face — she decided to seek the counsel of her junior colleagues.

“I heard that using this emoji isn’t cool anymore,” Ms. Fain, 34, said she wrote in a water-cooler-type Slack channel.

“Yeah I only use that emoji at work for professionalism,” she recalled a younger employee replying. “H8 2 break it to 2 u Jess.”

Ms. Fain is old enough to remember when millennials determined what was in vogue: rompers, rose pink, craft beer, Netflix and chill. Now, she gets the foreboding sense from colleagues that her AARP card awaits. Subtly yet undeniably, as generational shifts tend to go, there’s a new crop of employees determining the norms and styles of the workplace. And they have no qualms about questioning not just emoji use but all the antiquated ways of their slightly older managers, from their views on politics in the office to their very obsession with work.

It’s a fault line that crisscrosses industries and issues. At a retail business based in New York, managers were distressed to encounter young employees who wanted paid time off when coping with anxiety or period cramps. At a supplement company, a Gen Z worker questioned why she would be expected to clock in for a standard eight-hour day when she might get through her to-do list by the afternoon. At a biotech venture, entry-level staff members delegated tasks to the founder. And spanning sectors and start-ups, the youngest members of the work force have demanded what they see as a long overdue shift away from corporate neutrality toward a more open expression of values, whether through executives displaying their pronouns on Slack or putting out statements in support of the protests for Black Lives Matter.

“These younger generations are cracking the code and they’re like, ‘Hey guys turns out we don’t have to do it like these old people tell us we have to do it,’” said Colin Guinn, 41, co-founder of the robotics company Hangar Technology. “‘We can actually do whatever we want and be just as successful.’ And us old people are like, ‘What is going on?’”

Twenty-somethings rolling their eyes at the habits of their elders is a trend as old as Xerox, Kodak and classic rock, but many employers said there’s a new boldness in the way Gen Z dictates taste. And some members of Gen Z, defined as the 72 million people born between 1997 and 2012, or simply as anyone too young to remember Sept. 11, are quick to affirm this characterization.

Students, read the entire article, and then tell us: