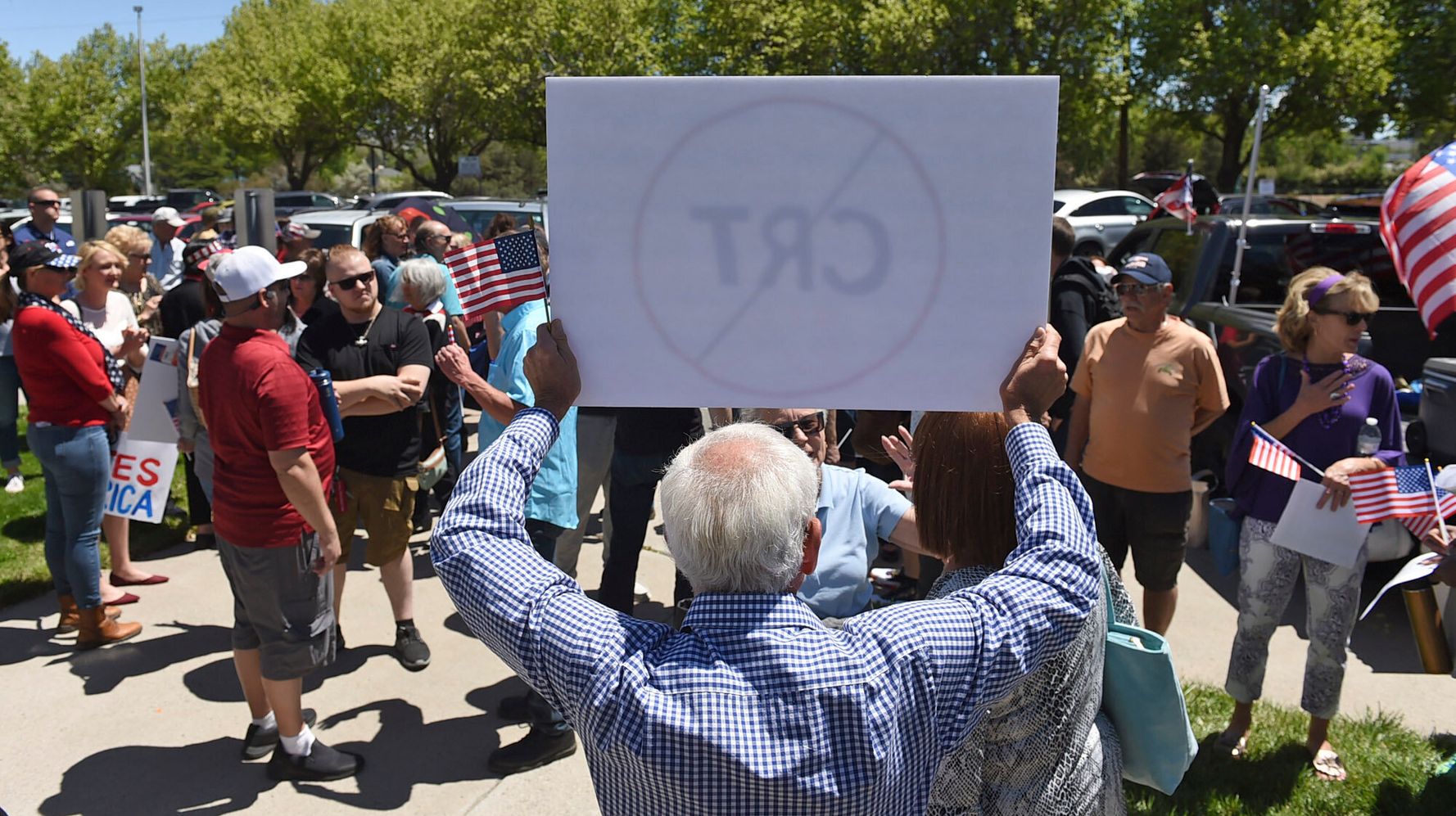 Backlash against the perceived teaching of critical race theory in schools helped the GOP sweep statewide offices in Virginia on Tuesday, but it wasn’t a clear winner at the local level for insurgent candidates hoping to take over public school boards.

Across the country, candidates signed up in record numbers to run for board of education seats on anti-critical race theory and anti-mask mandate platforms, a trend that grew in response to pandemic school closures and a greater attention placed on social justice issues after 2020’s protests against police brutality.

In the past, hyperlocal school board races rarely, if ever, made national news. But they exploded into view in the last election cycle, with meetings devolving into chaos and acrimony over COVID-19 protocols and history curriculum. National donors funding some races poured gasoline over the fire.

“It’s definitely been a journey,” said Haley Pendergraft, a 41-year-old former educator from Maple Valley, Washington, who’s still waiting on her race against an anti-CRT candidate to be called but is expected to win. “For me, this was a perfect fit for my love of communities, families, public service and education. So going into it with that being my intention, and then quickly finding that I was swept into a very polarized environment, a very political environment, that was definitely a challenge.”

Virginia Gov.-Elect Glenn Youngkin and down-ticket Republicans rode that wave of a parental anger into office in an election that’s often looked to as a preview of what’s to come in 2022. Youngkin’s closing message in a come-from-behind race was all about parental control in education.

“We’re going to press forward with a curriculum that includes listening to parents’ input, a curriculum that allows our children to run as fast as they can, teach them how to think, enabling their dreams to soar,” Youngkin said in his victory speech. “We are fighting for parents, students and teachers in our schools.”

It was too soon Wednesday to tell how Republicans fared overall in the education wars beyond Virginia. Anecdotal evidence points to victories on both sides.

Democrats in Guilford, Connecticut, defeated a Republican slate calling themselves “Parents for Guilford Students” that, according to the district, falsely claimed that schools were promoting critical race theory, which in the context of political culture battles has become a catchall for teaching anything related to systemic racism in public schools.

Anti-CRT conservatives argue it emphasizes divisions over inclusivity and misrepresents U.S. history, while many districts dispute that CRT, with origins in legal academia, is even being taught.

In Ohio, where two Republican Senate candidates helped bankroll dozens of school board races, Democrats claimed an early victory over anti-CRT candidates in some large suburban districts, which were ground zero for the tug of war over public education.

“Fancy consultants on the VA race may want to look at how parents beat anti-CRT candidates in local suburban school board races,” tweeted Cleveland Democratic activist Katie Paris, the founder of Red, Wine and Blue, a PAC focused on mobilizing suburban women. “The wins keep rolling in.”

That was despite the effort from Senate hopefuls Mike Gibbons, an investment banker who said he contributed to 73 anti-CRT school board candidates this cycle, and former Ohio GOP chair Jane Timken, who pledged $50,000 to more than 40 candidates. Timken’s campaign said nearly two dozen of her candidates landed seats.

Republicans claimed key victories in other states. In Ankeny, Iowa, a Des Moines suburb, a trio of conservative upstarts prevailed, including the only school board member in the state to receive a personal endorsement from Iowa Gov. Kim Reynolds (R).

In some instances, school board races for seats that are typically unpaid and require sometimes zero to a few thousand dollars in campaign spending to win, were magnets for out-of-state money.

A group of challengers in Douglas County, Colorado, just south of Denver, appeared to clinch several open seats in a race that garnered national attention and hundreds of thousands of dollars in political contributions.

Girdusky said the PAC, which FEC reports show raised $438,000 and spent nearly $300,000 from its May inception through the end of September, projects that 44 of the 58 candidates it backed are winners. It targeted races in Colorado, Minnesota, New Jersey, Pennsylvania, Ohio and Virginia.

“The trend was my candidates overwhelmingly won in very blue suburban districts,” he said. “Of the ones who lost, most barely lost by a point or two and in one case one dropped out.”

Pendergraft said it’s disheartening to see the charged environment at school boards around the country, especially over a theory that isn’t even being taught in her schools.

“It’s not being taught out here. What is being taught is equity,” said Pendergraft, who has a master’s degree in teaching. “Equity is not a new topic. I had a lot of coursework focused on equity. The difference now is we’re not teaching equity out of a theme-based unit. It’s woven into our daily lives and our classrooms — as it should be.”

“I just can’t understand how that’s being turned into something so negative, and it’s heart-wrenching to see it happen all over the place.”