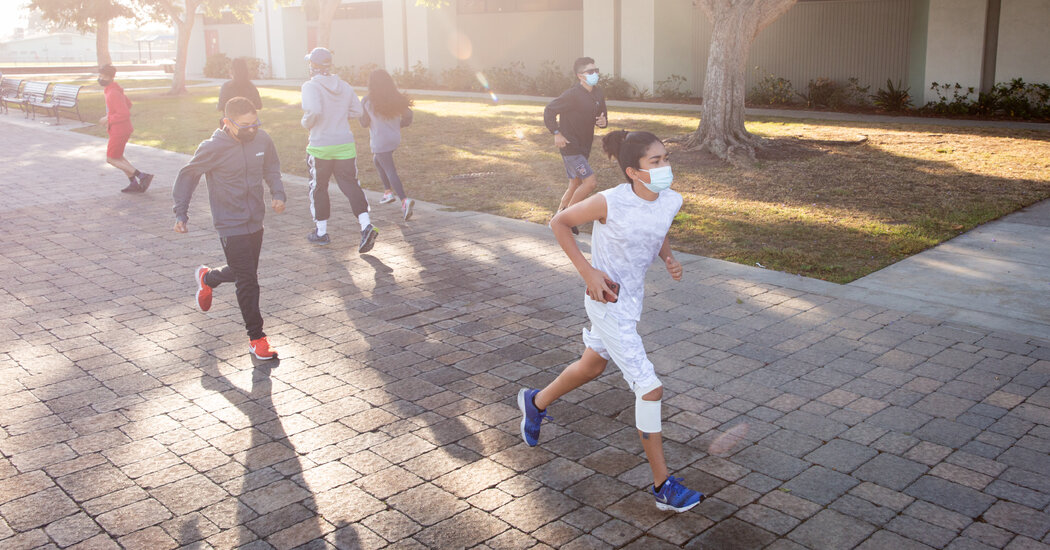 A marathon is 26.2 miles. Many people who enter these races feel that simply crossing the finish line is an accomplishment, though others try to get there as fast as they can without risking injury.

Even training for a marathon is grueling. For example, The Times offers a training plan for first-time marathoners that lasts six months.

If you don’t want to run a marathon, is there some other test of dedication and determination that you’d like to take on? (Keep in mind that it doesn’t have to be athletic but can be a personal goal of any kind!)

The Los Angeles Marathon is often overshadowed by larger and more storied marathons.

That may be especially true this year, when the race takes place on Nov. 7, the same day as the New York City Marathon, after the Los Angeles race was postponed from March because of the pandemic.

But the Los Angeles race, which travels from Dodger Stadium to Century City, has accomplished something the major marathons have never attempted.

Over the past three decades, more than 50,000 middle school and high school students, most of them from underserved communities, have trained for and completed the race as part of the organization Students Run L.A.

Their accomplishment is remarkable, and their participation could help answer two questions that educators, coaches and doctors have long pondered: Can teenage bodies handle the load of long-distance running, and, if so, can distance running improve academic performance?

Anecdotal evidence to support the relationship between running and academic performance is easy to find around the Los Angeles Marathon. Consider Lupe Conde, a recent graduate of Aspire Ollin University Preparatory Academy in Huntington Park, Calif., who will be running in her fourth Los Angeles Marathon this year.

Conde said she got into marathon running after seeing older girls in the school with marathon medals. She wanted one. So in ninth grade she joined the dozen or so students who train each year with a teacher in the school.

It took her eight hours to complete that first marathon. She said she would never do it again. But the race was too hard to resist.

“I used running as a way to cope and keep me going, not just physically but also mentally,” Conde, 18, said in a recent interview. “With all the work, and the A.P. classes, I used it to help with my mental health. It taught me grit and perseverance.”

Then there is Assael Mendez, a high school soccer player who graduated from Lawndale High School this year. He said attending U.C.L.A. had always been his dream, but he started to doubt himself in the grind of his sophomore and junior years at Lawndale.

That changed when Mendez, 18, trained for the marathon for the first time in his junior year. When he wanted to stop on his long training runs, he would ask himself why he thought he could go to U.C.L.A. and succeed there if he couldn’t keep running.

Mendez is now in his freshman year at U.C.L.A.