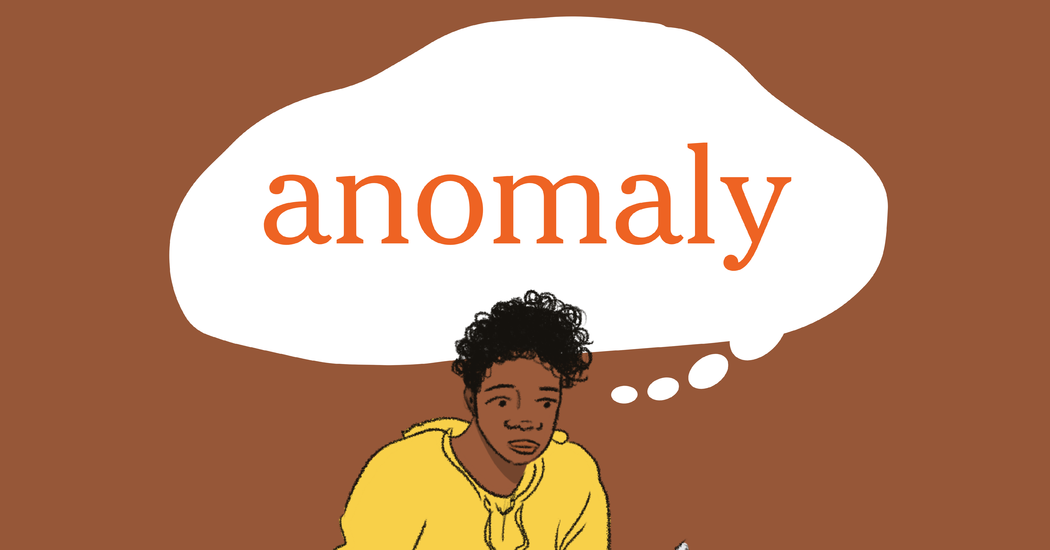 1. deviation from the normal or common order or form or rule

2. a person who is unusual

3. (astronomy) position of a planet as defined by its angular distance from its perihelion (as observed from the sun)

The word anomaly has appeared in 135 articles on NYTimes.com in the past year, including on June 7 in “High Heels Are Ready to Stomp Out Crocs and Birks” by Ruth La Ferla:

“People are so tired of these comfy sloppy outfits,” said Daniel Harris, 18, a freelance fashion consultant in Kingsport, Tenn. “We’ve gone through a year and some change of everybody being holed up in the house. Now we’re popping on those heels again and going out.”

Amen to that, professional trend watchers say. Markdowns of high-heeled shoes have dipped in recent months, one indication that those who can afford them are snapping up “heels” at full price, said Sidney Morgan-Petro, head of retail and buying for WGSN, a trend forecasting service in New York. Last year was an anomaly, so it may be too soon to call this a boom, Ms. Morgan-Petro said. “But high-heeled shoes are having a moment right now.”

Can you correctly use the word anomaly in a sentence?

If you want a better idea of how anomaly can be used in a sentence, read these usage examples on Vocabulary.com.