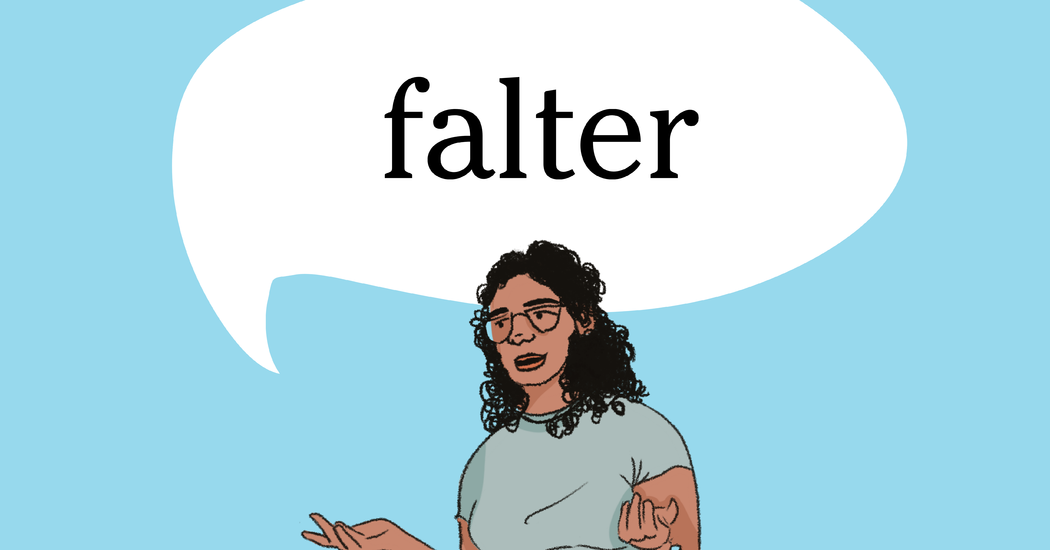 verb: move hesitatingly, as if about to give way

verb: be unsure or weak

noun: the act of pausing uncertainly

The word falter has appeared in 82 articles on NYTimes.com in the past year, including on Aug. 6 in “The Olympic Marathon in Sapporo: A Test of Survival” by Jeré Longman:

As every weekend jogger knows, it becomes difficult for distance runners to dissipate body heat in hot, humid conditions. Ice baths for the Olympic runners were set up in first aid and recovery areas inside Odori Park in Sapporo, where the marathon began and ended, according to the Asahi Shimbun newspaper. Fourteen water supply tables were set up along the course, nine of them supplied with bags of crushed ice. Ambulances were to follow the runners during the race, the newspaper reported.

… At 30 kilometers, or 18.6 miles, Seidel ran at the front of nine runners as the course was dappled in shade. The temperature on the tarmac was above 100 degrees, according to the NBC telecast. Even some of the greatest runners who have faced the worst heat began to falter. Ruth Chepngetich of Kenya, who won the 2019 world marathon championship in brutal conditions in Doha, Qatar, where the temperature was still 90 degrees at midnight, fell away and began walking.

Can you correctly use the word falter in a sentence?

If you want a better idea of how falter can be used in a sentence, read these usage examples on Vocabulary.com.