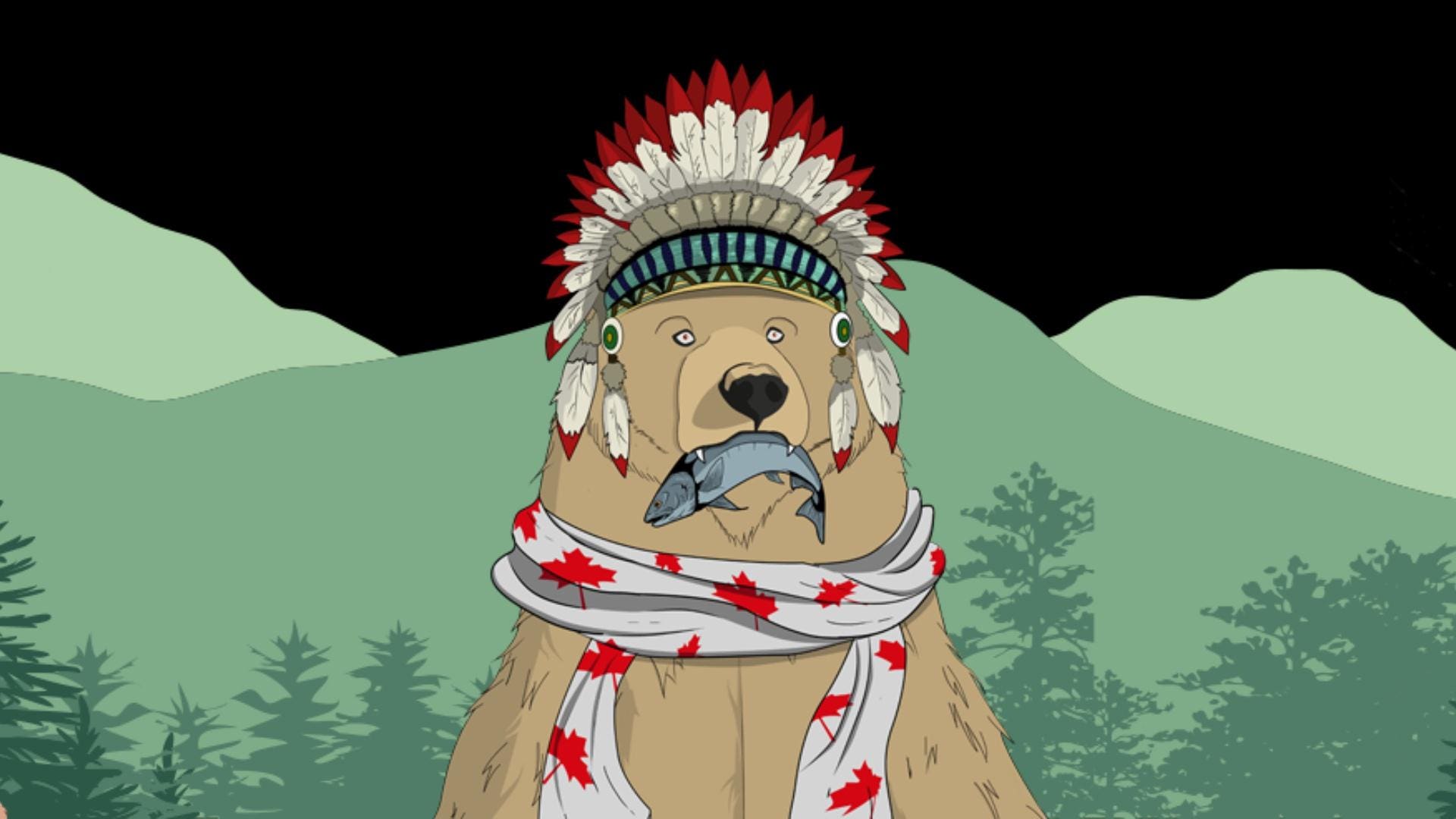 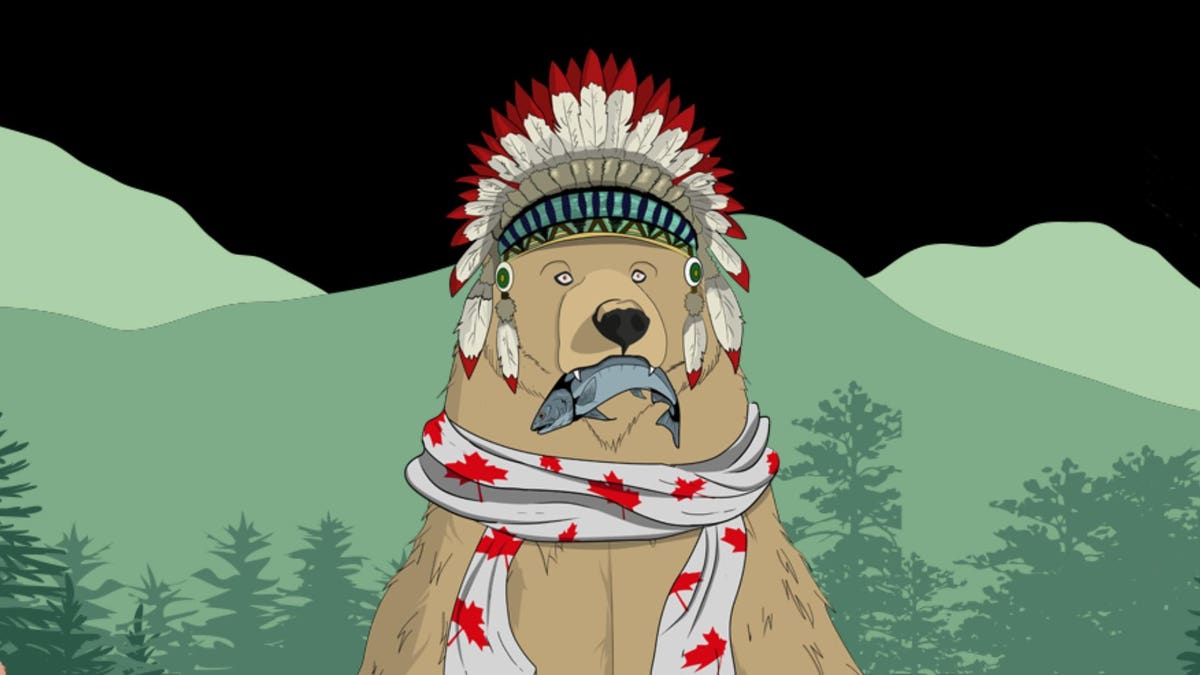 Burly Bears is an innovative NFT project that aims to eliminate the stigma that NFTs are a net-negative for the environment. Well-known NFT artist Diablo, who recently released successful collections for Museum-The White Room and Basement Dwellers, hand-drew the artwork, generating 6,601 bears of six endangered species with the purpose to create digital value that will be given to specific charitable organizations that actively help save these bears.

There are eight species of bears in the world, six of which are endangered: the Gobi, Spirit, Sun, Panda, Spectacled, and Polar bears. Humans have not been kind to the natural habitat of bears. Deforestation and the obtaining of minerals and resources have accelerated the destruction of our Earth’s beautiful forests and deserts. The Gobi bear, for example, is named for its hot habitat in the Gobi Desert that has been destroyed through extraction of the area’s natural resources and has as little as 24 of its kind left in the entire world.

As shown on their roadmap, 20% of all Burly Bear sales will be distributed to a public charity wallet of six identified charities, each focusing on saving one of the six species. The charities benefiting include: The Gobi Bear Project, Polar Bear International, Sun Bear Outreach, WWF, Spectacled Bear Conservation, and The Spirit Bear Research Foundation. A portion of the proceeds from secondary sales will also be donated, thereby providing ongoing support working to protect the bears. All donation details will be shared transparently with the community.

A minter of a Burly Bear will receive so much more than just the NFT. 10 day holders of a Burly Bear NFT will have successfully completed the “hibernation period” and are automatically entered into real-life reward giveaways. 8 hibernation holders will win either the National Geographic Adventure or the Voyage to the Great Bear Rainforest experience, which are supervised encounters with the elusive Spirit Bear in its natural habitat, worth over $5,000 each. One holder will win the main prize: the Rivian R1S with the Explore Package, an electric vehicle best equipped for sustainable nature exploration, a $70,000 value.

Each bear will have unique attributes and accessory pieces honoring the people of the regions represented by these six at-risk bears. The Spirit bear, for example, dons a sacred headdress from the First Nations tribes of Canada.

2 days after launch and a successful sell-out, each wallet holding a bear will be able to claim a cub cave. The cubs will have a completely new set of traits and will be revealed 60 days after the first launch, after the cub nesting period. While many NFT projects struggle with people looking to make a quick buck by flipping freshly minted pieces for money, Burly Bears creates incentives to stay in the community and contribute to helping increase the value of each NFT which, in turn, leads to more donations to help save bear’s natural habitats. Presale access will be given to the most active Discord community members, of which there are over 1,500 currently. Each eligible presale wallet can mint a maximum of 2 bears prior to the public sale, which also limits wallets to six bears per wallet.

Noah Weinberg is the creator of the Burly Bears project. Weinberg is a 17-year-old who loves the environment and computers, two communities who have been quarreling with each other over NFTs environmental impact in the past year. When Weinberg was interning for the United Nations through the UN’s Development Program, he combined his self-taught coding skills to learn how visual data in the Ocean Innovation Challenge can better be used to decide where funding should go for new approaches to ocean and coastal restoration. Weinberg became super interested in NFTs in 2021 and wondered how he could utilize them to further add upon his love for helping the environment.

People on the internet who are very vocally against NFTs commonly use the same four arguments to back up their reasons for their dislike. The most commonly used argument is that NFTs are drastically harming the environment. Each transaction on the blockchain requires gas to be used to mine tokens or coins that authenticate and forever prove transactions and ownership, which has legitimate environmental effects. The second is that NFTs are useless and there’s not a real point to buying a label that says that you own the original of a digital file on the internet. What is the point of spending sometimes thousands of dollars on the bragging rights to a very niche and specific piece of art when anyone else can just go and save the image in the same quality as the person who spent money on it? NFTs are a money laundering scam, is the third reason; it is hard for people to wrap their minds around why a .JPEG of a monkey with a hat would be worth 10x their annual salary, so their explanation is that the buying and selling of NFTs are a way for people with a lot of money already to move their assets without being as easily noticed, due to the nature and anonymity of cryptocurrency. The final reason for why someone would be against NFTs is that there is no real world application or point to buying something like an NFT. Our internet isn’t at the level yet where NFTs have a practical purpose or use case, and most NFT projects don’t give the person who buys one anything in addition to the ownership proof and access to a community of other owners.

There are a few projects that have aimed to mitigate these issues or provide solutions that give their buyers peace of mind. For example, a project might be doing something to help the environment, but still doesn’t give its owners a real world use or point. Or, maybe a project has a really cool use case, but fails to provide a way for its buyers to feel okay about how the environment has been harmed. No NFT project has been able to fully put to rest all four of these common issues until Burly Bears. Burly Bears quiets NFT critics by: 1) compensating for its environmental impact by donating profits to specific charities that will provide help to save bears 2) providing a reason to hold a Burly Bear NFT since the longer you hold the more rewards and other NFTs you become eligible for 3) fully and transparently showing how its project creators are using profits and how they are sticking to the roadmap without fear of rug-puling through the use of a public wallet, showing where the donations are going 4) creating a community that lives more offline in the real world with meetups and exploration outings, while also having an active home-base on Discord. Not one project has been able to achieve a full-score that satisfies the average NFT skeptic, until Burly Bears.

The NFT space is obviously incredibly hot right now. Weinberg believes balancing several key elements in an NFT offering is determining which projects are successful. “Buyers want to feel a connection to the art and to the community that they are investing both their time and money into. They are interested in holding a valuable piece of collectible work that will not just appreciate in value but also provide unique utility long-term. Holders like to show they are early adopters and astute visionary collectors making an impact.”