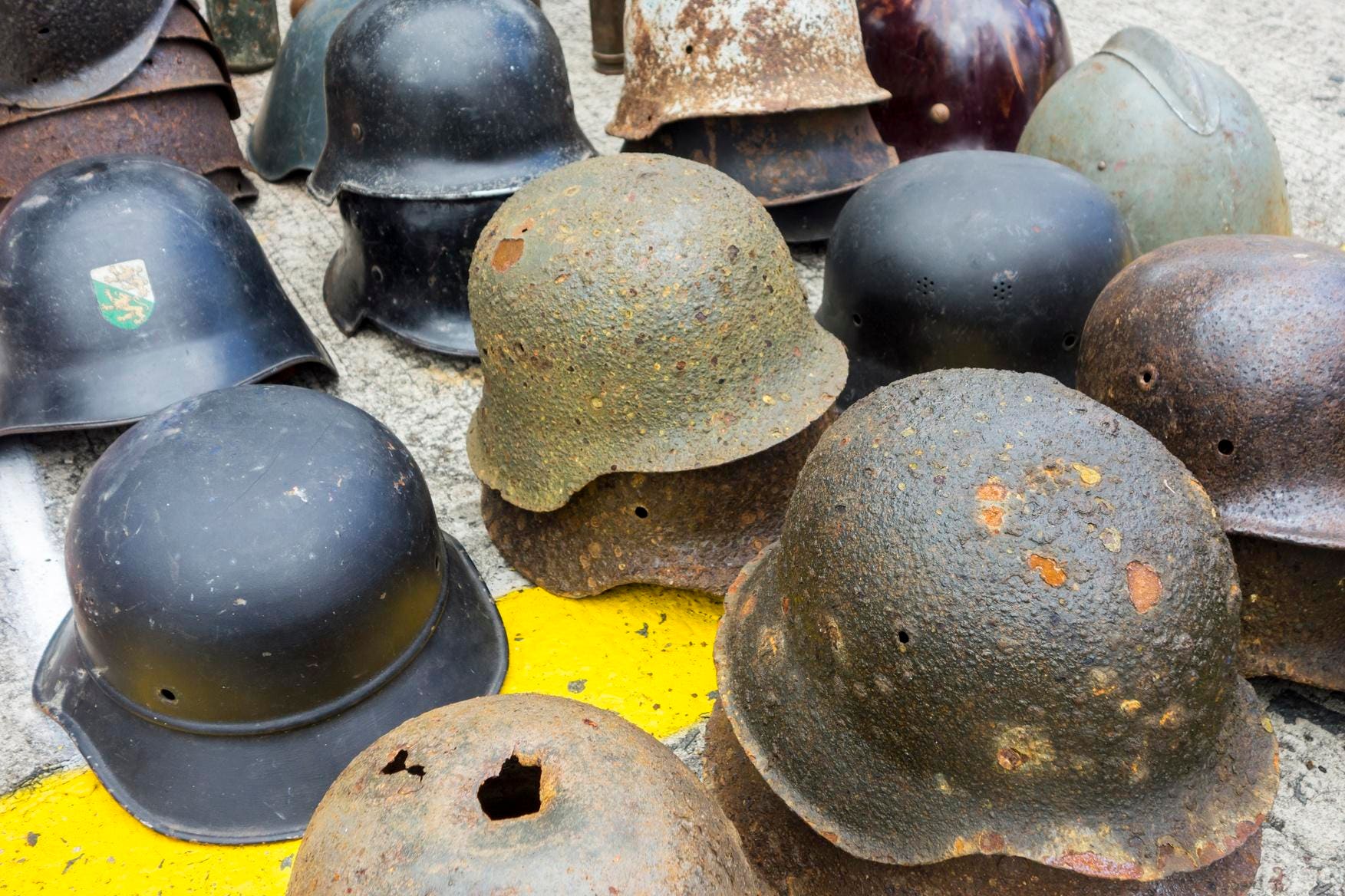 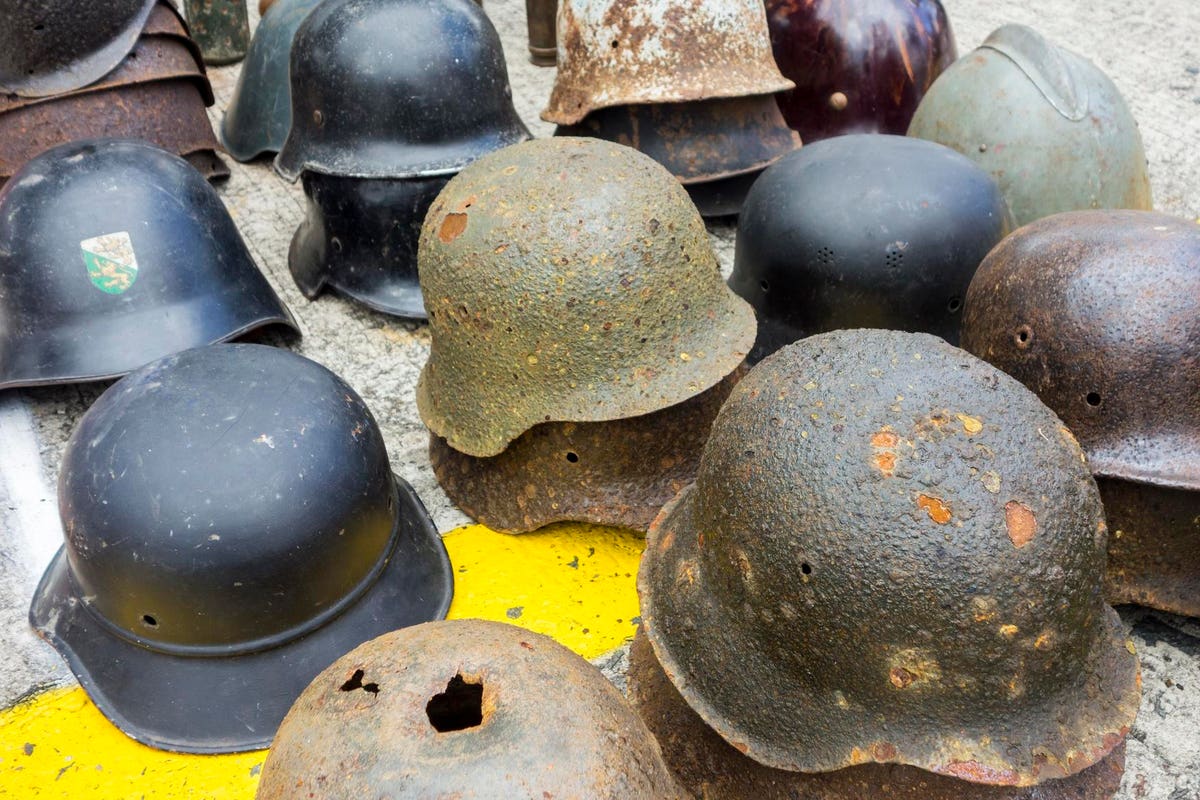 For many, nothing beats a weekend stopping in at antique shops or hitting the flea markets in search of treasure. Anyone who has spent time on America’s highways has certainly passed by such markets, and likely everyone who stops thinks they’ll be the one to find a hidden gem that was somehow missed.

The great danger is that these shops aren’t often just filled with overpriced items, but that fakes abound. It isn’t hard to see why. According to data from Statisca.com, the online art and antique market reached $12.4 billion in 2020, more than doubling from just six billion a year earlier. The U.S. market for antiques and collectibles alone is expected to reach $1.6 this year.

With that much money changing hands, the criminal element is common. But it is a form of theft by deception in the sale of fakes.

In the world of historic antiques and military collectibles (or militaria), the danger is even greater than ever. Just as collectible sports cards and associated memorabilia are now at record highs, so too are items from past conflicts.

It might come as a surprise to most people, but old steel helmets from the First World War fetch thousands of dollars today, while an attributed uniform to a well known individual from the American Civil War can cost more than a new car. Extraordinary items like a pair of pistols reported to have been owned by George Washington sold at auction for nearly $2million – and that was back in 2002.

While few collectors can shell out that kind of coin for an item, enough militaria is bought and sold each year that it has created a cottage industry of fakes. This isn’t new either. When the Cold War ended, vast supplies of World War II items flooded the market, but as it coincided with the arrival of the Internet it didn’t actually drive down prices. Instead it created new markets for buyers and dealers.

As those stocks of “surplus” items dried up, prices increased. That is when the fakery really took off. If real helmets, badges and uniforms couldn’t be found, fakers just made new ones. Unlike many counterfeit items that are often of inferior quality, these fakes are often so convincing they can fool even experienced collectors.

Today, savvy collectors know to buy from reputable dealers, to read up on the topic in books and to network with other collectors. Now increasingly, YouTube has filled the void, and it is helping educate collectors with surprisingly informative videos.

“YouTube has had a bigger influence on militaria information than many will give it credit for,” said Michael of Wolf of 1918. “Being able to have a video describing in detail the differences between an authentic piece compared to a fake or reproduction is the closest you can get to being offered the same advice in person.”

While YouTube may lack the same level of discussion on other social media platforms, Michael said that he takes the comments seriously, and can respond in follow-up videos. “This is where YouTube excels, and this is great for the collecting community as a whole, which has been assisting with correcting (information posted), whether that is videos about the different versions of a helmet to a group discussion dedicated to assisting new collectors not get scammed.”

Another highly popular channel in the military collectibles world is Militaria Review, which openly calls out fakes that make the rounds at antique shows and online auctions.

Its creator told me that he does this because the bad actors in the military antique world are akin to crooks, praying on those with too much money and too little sense. At the same time he admitted that it has been challenging as military antiques have also been on the fringes of the larger antiques world.

“This hobby has become almost an outcast in modern times in terms of validity and accountability,” said Mike, who runs the channel, and is an avid collector. “Art, coins, trading cards all have means to be verified and have very strict collecting groups, the sale of a fake painting causes huge uproar, a trimmed sports card or even a faked sports card has that person almost driven out of the hobby.”

However, as he has noted on his channel many times, in the world of historical antiques of a military nature, the community has an unfortunate habit of looking the other way.

“My channel, for whatever purpose it may serve, comes down to one thing, education,” Mike of Militaria Review added. “Be that on the topic of the items themselves or on the scammers and thieves that populate this hobby.”

The power of creating videos at home has been embraced by collectors of all levels, but John Adams-Graf, author of Warman’s World War II Collectibles: Identification and Price Guide, and editor of Military Vehicles magazine, said that YouTube certainly has a place in educating collectors.

“Getting information on identifying fakes is welcome in any media,” he explained. “However, I don’t think that YouTube will replace good, old hands-on instruction from an expert. Books are helpful, as are magazines and Websites, but actually being able to handle authentic or fake relics is still the best way to recognize the nuances that can mean the difference between hundreds or thousands of dollars and a handful of junk.”

Collectors of militaria face new challenges that aren’t largely present in the world of baseball cards, vintage toys or even fine art – and that is that some items can be misunderstood. This is especially true of items from the American Civil War from the Confederacy, items used by insurgent forces such as the Taliban and of course those from Nazi Germany.

While it is easy for some to question why anyone would even want such items, often times these pieces were passed down from the soldier who brought it home. Others may simply have an interest in history. However, social media services such as Facebook have made even the study of some of these items difficult.

“I don’t want to see any history ignored or to be censored,” said John C. McManus, professor of U.S. military history at the Missouri University of Science and Technology, and acclaimed author of more than a dozen books on the American experience in the Second World War.

“I think it is especially important that we study history and learn from it,” he explained, but added, “I understand where the social media companies are coming from as they don’t want to be a platform used by Neo-Nazis and other extremists. However, banning it completely is taking a sledge hammer against the mosquito approach.”

McManus said he understands why some would seek to collect these items for scholarly research, not admiration.

“There can be a classroom like context there, and I see there can be many legitimate reasons that people would acquire these items while others may not see it,” said McManus.

However, because these items are now in a gray area of legitimacy – not actually illegal, but certainly not viewed in a good light like fine art or baseball cards – it is that much harder for new collectors to know what is real vs. what is a fake. This is especially true when some items can cost tens of thousands of dollars. Fakers have gone high-tech with items like helmets, creating near perfect copies that fooled even advanced collectors, yet it has never garnered the level of attention of other antiques when the fakes were exposed.

A Manhattan gallery dealer that sold supposedly centuries old artifacts unearthed overseas was reported by major news outlets such as The New York Times, yet fake military antiques has hardly been a blip on the mass media radar.

Because Facebook and even Reddit have banned these items it presents challenges for collectors to have serious debates and discussions. For Mike of Militaria Review, he said he has faced this fact for years. “It certainly makes it a lot harder to discuss an interest when photos are banned but the topic of freedom of expression and speech is too big an argument to get into.

By turning to YouTube, he’s been able to build a small and growing audience, where he shares his knowledge, and which he hopes can be as useful as the printed guides.

“Books, don’t get me wrong, are great, however books on the hobby usually are full of the same fakes that are debunked online daily,” he added, while admitting that he has made as many enemies from his videos. “I feel happy that I’m making a difference to the hobby and I relish when dealers from the U.S., UK and Europe telling me they will shoot me, attack me with Judo and other funny things for calling out their misgivings.”