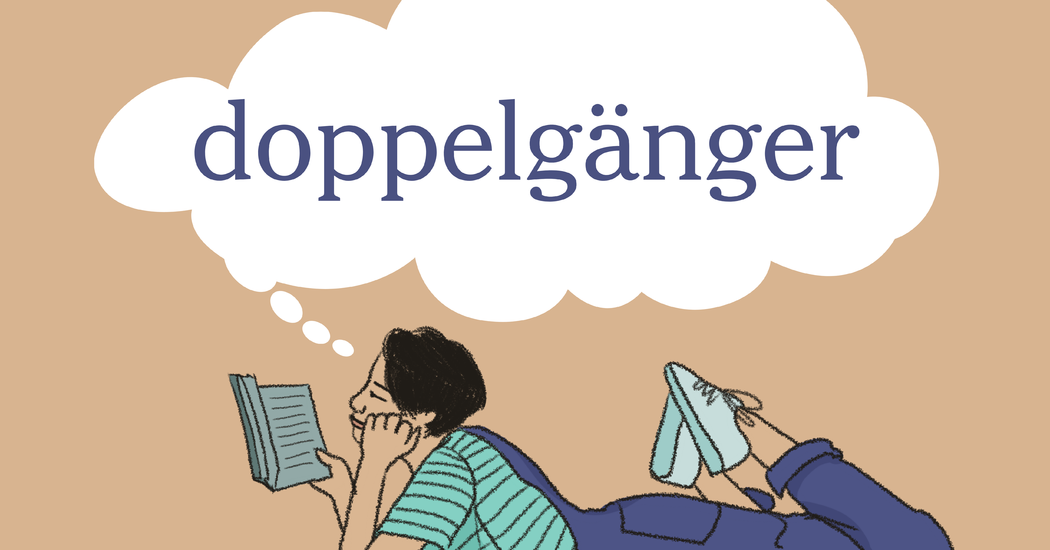 1. a person so similar in appearance to another as to appear to be a double

3. a person with the same name as another

4. a ghostly double of a living person that haunts its living counterpart

The word doppelgänger has appeared in 34 articles on NYTimes.com in the past year, including on March 26 in “The Boom and Bust of TikTok Artists” by Zachary Small:

“A video of my paintings went viral about a year ago; suddenly, I had more than 350,000 views over three days,” said Chessco, who is 27. He opened an online shop, becoming one of the most popular visual artists on the social media platform.

Soon he was selling artworks for around $2,000 each, partnering with music labels, and collaborating with advertising agencies. Those business deals, he says, often earn him nearly $5,000 per post on the platform, which is owned by the Beijing-based company ByteDance. But success breeds competition.

Chessco recently discovered that he had a doppelgänger on TikTok — another artist was copying his videos’ style, subjects and music, as well as selling his paintings for a fraction of the price, alongside prints and supplies, on a website nearly identical to the one Chessco uses.

Can you correctly use the word doppelgänger in a sentence?

If you want a better idea of how doppelgänger can be used in a sentence, read these usage examples on Vocabulary.com.