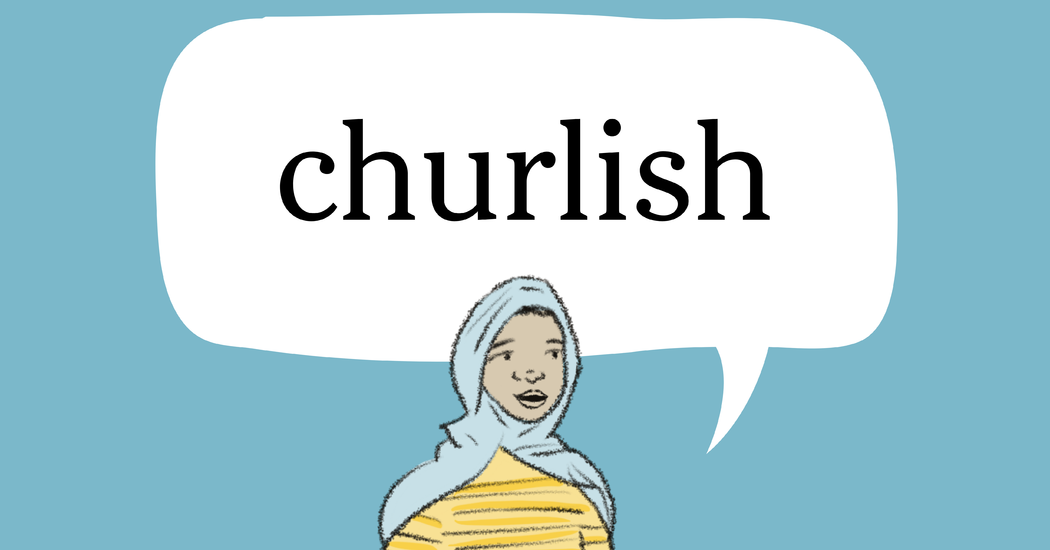 1. having a bad disposition; surly

The word churlish has appeared in 51 articles on NYTimes.com in the past year, including on Aug. 10 in “In Lionel Messi’s Move, a Dim Portrait of Modern Soccer” by Rory Smith:

And then, of course, dwarfing everything else, it emerged that Lionel Messi would be leaving — would have to leave — F.C. Barcelona. Under La Liga’s rules, the club’s finances are such that it could not physically, fiscally, register the greatest player of all time for the coming season. It had no choice but to let him go. He had no choice but to leave.

… And of those, only three could even come close to taking on a salary as deservedly gargantuan as his. He should not be begrudged a desire to be paid his worth. He is the finest exponent of his art in history. It would be churlish to demand that he should do it on the cheap, as though it is his duty to entertain us. It could only have been Chelsea or Manchester City or Paris.

Can you correctly use the word churlish in a sentence?

If you want a better idea of how churlish can be used in a sentence, read these usage examples on Vocabulary.com.