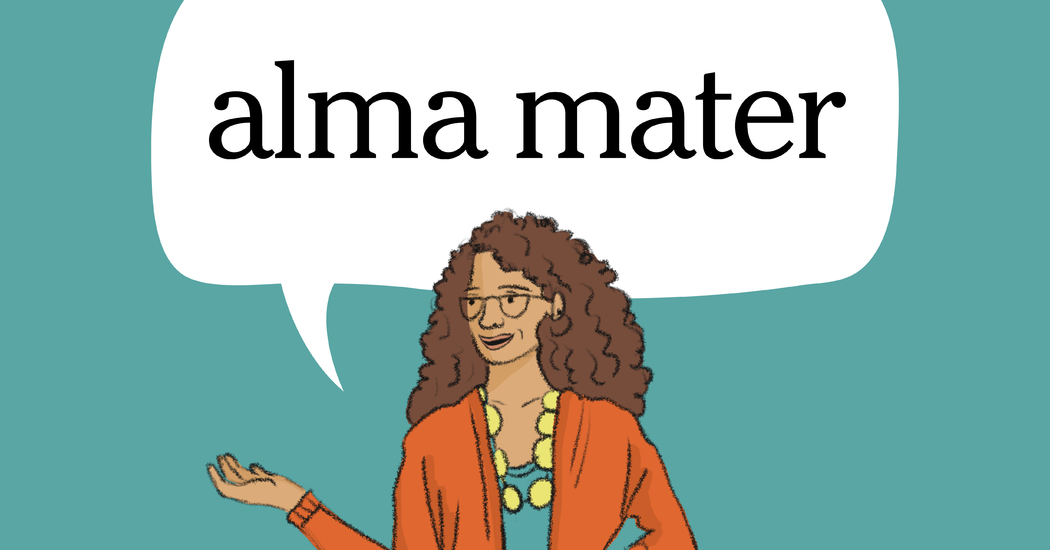 1. the school, college or university one graduated from or attended

2. the song of a school, college or university

The term alma mater has appeared in 126 articles on NYTimes.com in the past year, including on Sept. 17 in “Bully Pulpit No More: Jen Psaki’s Turn at the Lectern” by Michael M. Grynbaum:

Jen Psaki, President Biden’s press secretary, may be the most prominent spokeswoman in American politics, but political fame hits different in the post-Trump era.

… As a child, Ms. Psaki admired Barbara Walters, although her parents throttled her television time, offering up episodes of “20/20” as rewards for good behavior. She graduated from Greenwich High School — alma mater of another famed White House press aide, the former Trump communications director Hope Hicks — and attended the College of William & Mary in Virginia, where she served as president of the Chi Omega sorority.

Can you correctly use the term alma mater in a sentence?

If you want a better idea of how alma mater can be used in a sentence, read these usage examples on Vocabulary.com.