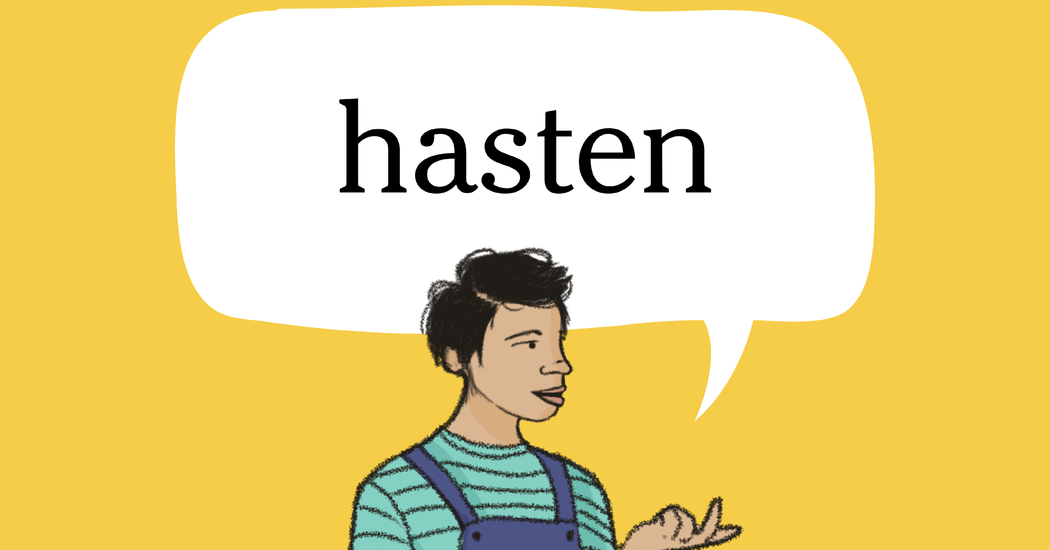 2. act or move at high speed

3. cause to occur rapidly

4. speed up the progress of; facilitate

The word hasten has appeared in 104 articles on NYTimes.com in the past year, including on April 8 in “As Diners Return, Restaurants Face a New Hurdle: Finding Workers” by Brett Anderson:

“I don’t think anything like this has ever happened,” said Katie Button, the chef and a co-owner of two restaurants in Asheville, N.C. “Everybody in the world is hiring at the same time.”

… The tight job market has helped hasten changes that restaurant workers pushed for during the shutdowns, including higher pay and better working conditions. Ms. Button has raised wages in accordance with recommendations made by One Fair Wage, an advocacy group for service workers, and is paying $150 bonuses to employees who refer new hires who stay on the job for more than 90 days.

Can you correctly use the word hasten in a sentence?

If you want a better idea of how hasten can be used in a sentence, read these usage examples on Vocabulary.com.