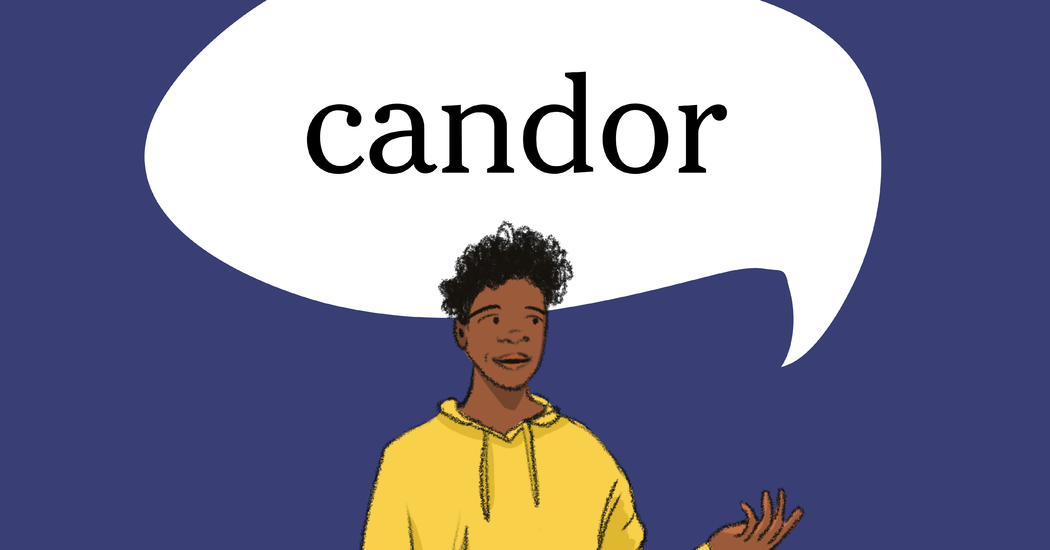 1. the quality of being honest and straightforward in attitude and speech

2. ability to make judgments free from discrimination or dishonesty

The word candor has appeared in 162 articles on NYTimes.com in the past year, including on Sept. 4 in “Why Does Playing Tennis Make So Many Pros Miserable?” by Matthew Futterman:

A tearful Naomi Osaka sat behind a microphone late on Friday night and spoke of how the sport she has so dominated at times has become a joyless binary journey between relief after victories and sadness following losses. There is no contentment, no happiness.

… She has told the world about her battles with depression the past three years, a move that John McEnroe said took great courage. The seven-time Grand Slam winner, who 40 years later is still shaken by the sudden departure of Borg, his chief rival, said her candor probably helped countless people. McEnroe added that it may also make it harder for Osaka to thrive because of the increased attention it brings.

Can you correctly use the word candor in a sentence?

If you want a better idea of how candor can be used in a sentence, read these usage examples on Vocabulary.com.