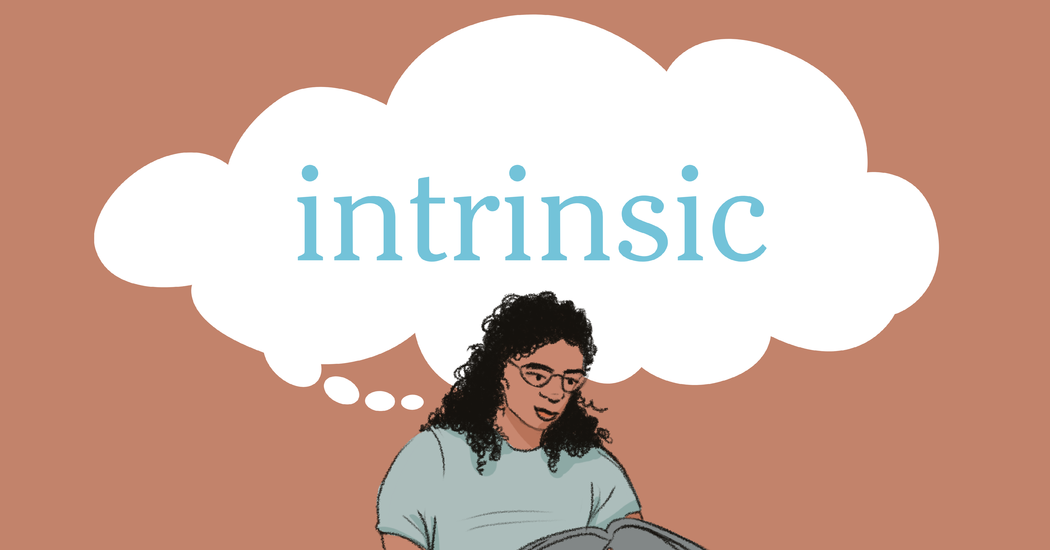 1. belonging to a thing by its very nature

2. situated within or belonging solely to the organ or body part on which it acts

The word intrinsic has appeared in 120 articles on NYTimes.com in the past year, including on June 11 in “A Hip-Hop Dance Crew’s Frabjous Reign in Las Vegas” by Margaret Fuhrer:

The Jabbawockeez have always been a diverse, majority Asian American group. (Thirteen of the current crew members identify as Asian American, four as African American, two as Hispanic, and one as Caucasian.) They view racial diversity as intrinsic, but not central, to their artistry and brand.

“When we came up, man, we were just all mixed together, all different races, all over Southern California,” Brewer said. “Being around so many different kinds of people was just normal.” That colorblind mentality remained as the crew’s profile and reach grew. “We’ve never looked at ourselves as an Asian crew, or a diverse crew,” Nguyen said. “We’re just a dance crew that, if this is a buffet, you’ve got Mexican food over here, you’ve got some food from Vietnam, everywhere.”

Can you correctly use the word intrinsic in a sentence?

If you want a better idea of how intrinsic can be used in a sentence, read these usage examples on Vocabulary.com.