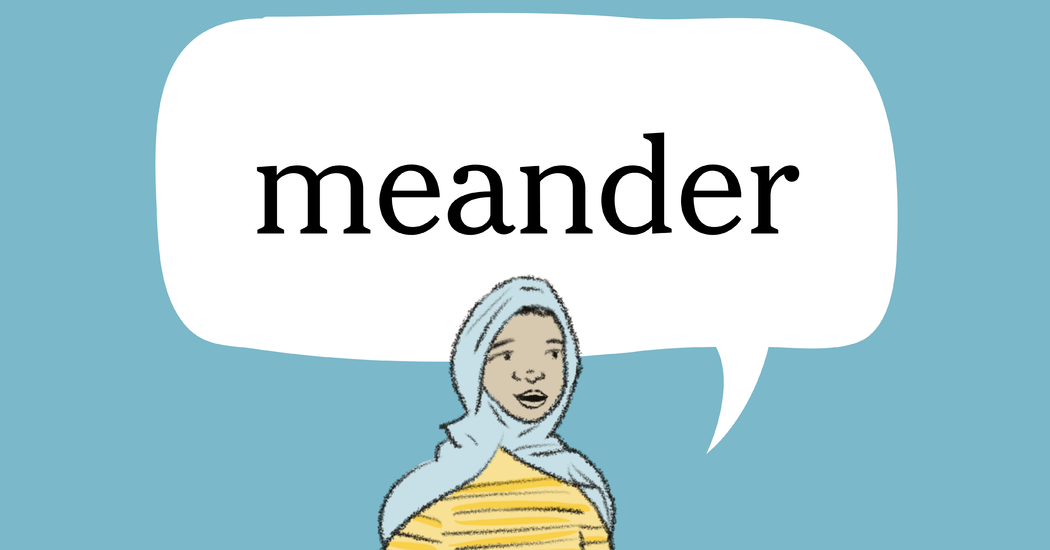 verb: move or cause to move in a sinuous, spiral, or circular course

noun: an aimless amble on a winding course

noun: a bend or curve, as in a stream or river

The word meander has appeared in 38 articles on NYTimes.com in the past year, including on June 16 in “Driving an Electric Car on Colorado’s Scenic Byways” by Elaine Glusac:

Unless you are one of the estimated seven percent of Americans who own an electric vehicle, it’s pretty hard to take a scenic, emissions-free road trip. But for those owners and other eco-conscious travelers who can rent an electric vehicle — and it’s not always easy to find one — Colorado is inviting you to meander far from the charging stations clustered in big cities.

This summer, the state has “electrified” seven of its 26 Scenic & Historic Byways, routes designated for their natural, educational or historic features that often traverse wild areas where jaw-dropping sights make you appreciate the pavement that got you there.

Can you correctly use the word meander in a sentence?

If you want a better idea of how meander can be used in a sentence, read these usage examples on Vocabulary.com.