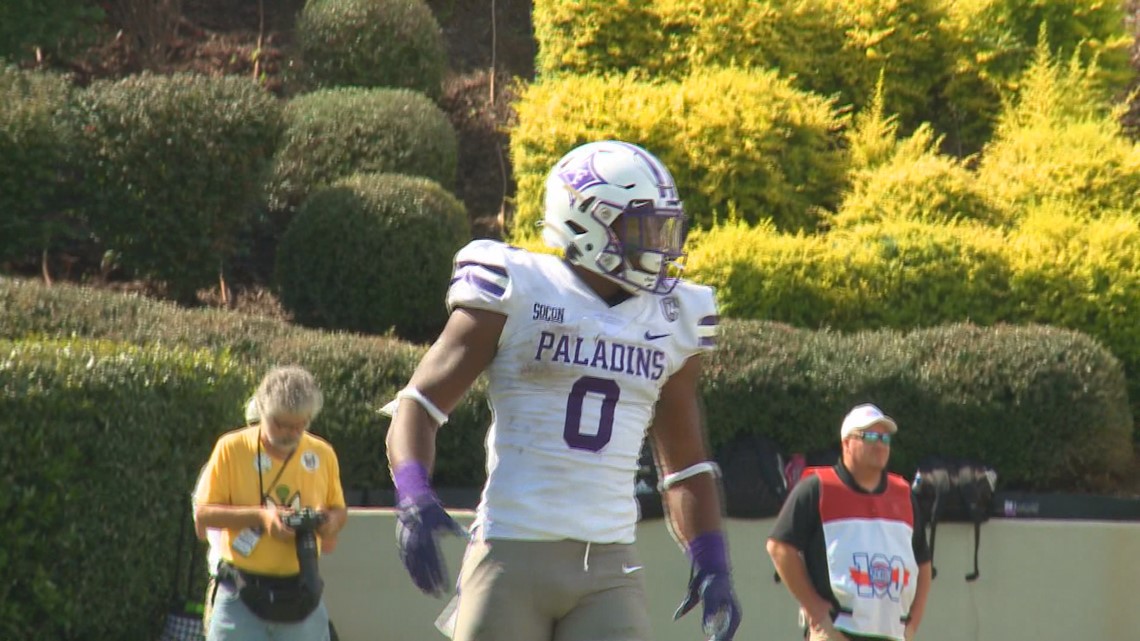 GREENVILLE, S.C. — Furman tailback Devin Wynn has been named the Southern Conference GEICO Offensive Player of the Week for his performance in Saturday’s 42-20 win at Wofford.

Wynn, a 6-foot, 211-pound fifth year senior, rushed a career high 31 times for 204 yards and two touchdowns. He also caught three passes for 43 yards and a score in Furman’s first win in Spartanburg since 2006.

Wynn’s performance marked the second highest rushing outing of his career and he accounted for 284 of the Paladins’ 289 yards rushing against the Terriers. The Greensboro, Georgia native is currently seventh in the Southern Conference with 429 yards.

Furman overcame a pair of 10-point first half deficits and outscored the Terriers 35-3 over the last two-plus quarters in the 22-point victory. That marked a season-high scoring output for Furman which had been held to a total of 10 points in its last two games – losses to N.C. State and Mercer.