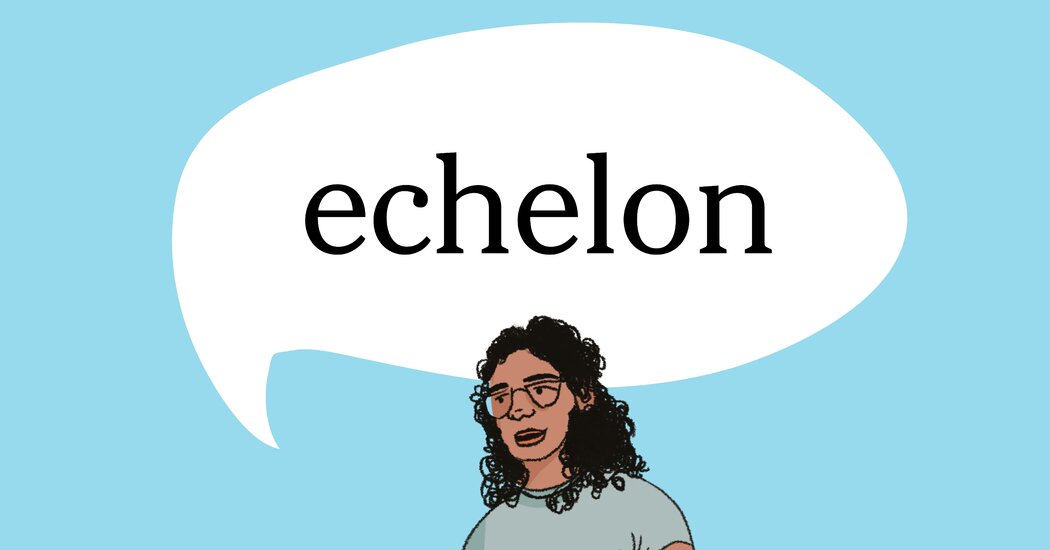 1. position in a social hierarchy

2. a body of troops arranged in a line

3. a diffraction grating consisting of a pile of plates of equal thickness arranged stepwise with a constant offset

The word echelon has appeared in 54 articles on NYTimes.com in the past year, including on July 31 in “A Brief History of Summer Reading” by Jennifer Harlan:

The American summer novel, which began popping up in the 1860s, was easily identifiable by a few key characteristics — many of which may sound familiar to today’s readers. It took place over the course of a summer, at a resort or grand hotel. Its plot was “devoted to lovers … their thrills, their perturbations, their mishaps, and their triumphs,” as the Book Review wrote in the introduction to its 1898 summer reading issue. And it ended with an engagement or marriage, as the characters prepared to return to society.

… These books didn’t just offer a vicarious adventure for those who longed to spend their summer caught up in a whirlwind seashore romance. They also acted as a kind of how-to guide for middle-class Americans who were traveling in the summers for the first time, and who were eager to prove they belonged in this vacationing echelon by mastering the etiquette of resort life.

Can you correctly use the word echelon in a sentence?

If you want a better idea of how echelon can be used in a sentence, read these usage examples on Vocabulary.com.