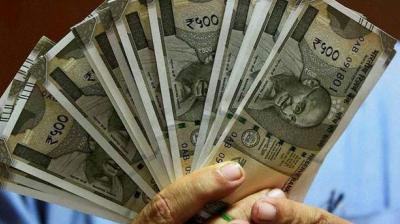 The government’s focus has now shifted more towards consolidation and profitability than expansion, and hence, the restructuring exercise

New Delhi: As part of the consolidation move, the Centre is moving ahead with the plan to right-size the state-run general insurance companies and improve their financial efficiency. It is expected that all the general insurance branches making losses or reporting too less or zero profitability will be either closed or merged with other branches, a finance ministry source told FC.

The government’s move follows a review meeting held recently by the parliamentary panel of experts with the top officials of the Department of Financial Services and the general insurers. The government’s focus has now shifted more towards consolidation and profitability than expansion, and hence, the restructuring exercise.

“We have seen the huge losses incurred by the state-owned general insurance firms. They can’t afford to run the business with such ongoing losses. The government is planning a structural change in the state-owned general insurance companies to cut their office size to a three-layer structure from the earlier four-layer ones. The loss-making and connected offices in one area is expected to be merged with the other,” the source said.

The managements of all the four state-run general insurers have communicated the government plan to all their regional offices. It is learnt that New India Assurance (NIA) alone plans to close down 30 per cent of its branches to 650 offices across India before March 31, 2022.

The state-owned general insurers currently have a structure of Head Office, Regional Office, Divisional Office, and Branch Office. “The current structure is going to be changed and the divisional along with branch office will be merged into one and could be termed as Operational Office. All the Regional Offices have been asked to hold talks with all stakeholders and give their consent soon, before sending any recommendation for promotion or posting in their respective organisations,” the source said.

Last week, New India has issued a proposal to all regional offices with a format of closure/merger/relocation of their respective offices across the country. It is leant that the department of financial services has asked NIA to close 650 offices this fiscal year to limit the total number of offices to 1,500. This number is to go down to 1,200 and 1,000 offices, respectively, in the next two years. United India Insurance Company has been given a target to have a total of about 1,350 offices in the first year, 1,100 in the second and 800 in the third year.

In 2020, the government had infused Rs 12,000 crore in some companies which are holding about 40 per cent market share in the general insurance space. Besides, the Insurance Regulatory and Development Authority of India is now regularly informed by the insurers about their performances and financial weakness. It has been observed that the insurers growth has been impacted mostly by the Coronavirus outbreak.