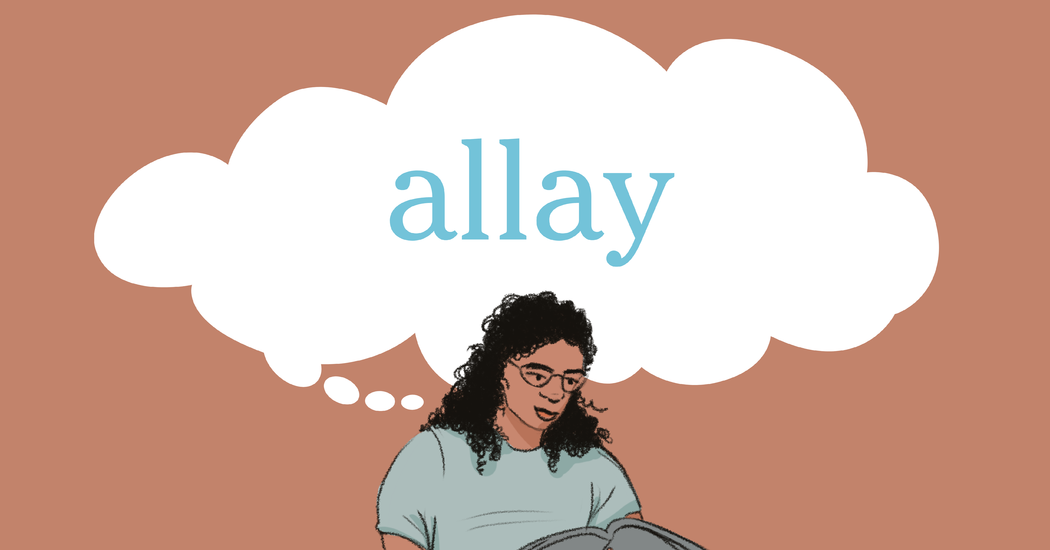 1. lessen the intensity of or calm

The word allay has appeared in 63 articles on NYTimes.com in the past year, including on Sept. 10 in “Mattel dusts off He-Man, with a nod to diversity.” by Gregory Schmidt:

Adults who grew up with the original He-Man and kept the brand alive on fan websites and conventions like Power-Con, which starts Saturday in Anaheim, Calif., are excited about his comeback, but wary of overkill at mainstream retailers.

“I’m worried about there being too much and crowding the market,” said Danny Eardley, the lead author of “The Toys of He-Man and the Masters of the Universe.” “Poor performance could signal to Mattel that there is not enough interest.”

But Mr. Dickson wants to allay those fears. “It’s obvious that we let the property go dormant over time,” he said. But “we are strategic about every toy that we put out.”

Can you correctly use the word allay in a sentence?

If you want a better idea of how allay can be used in a sentence, read these usage examples on Vocabulary.com.