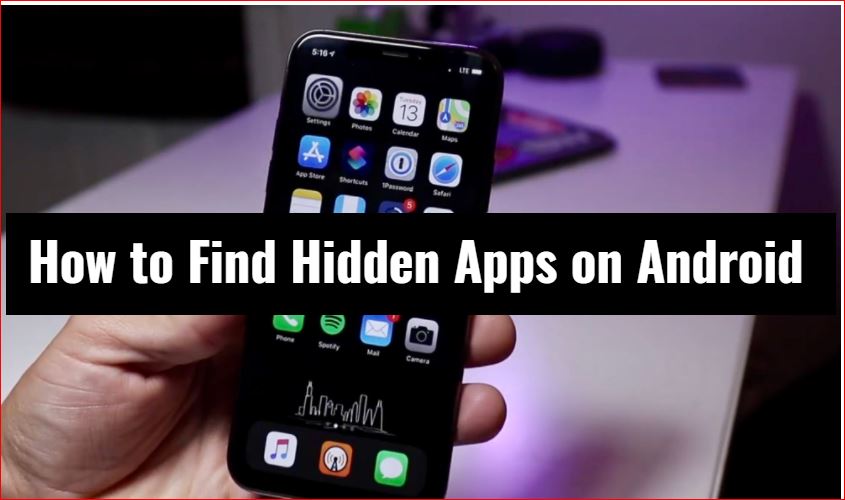 Since Android is a highly feature-rich operating system, it allows the user to do almost anything that they can imagine. Apart from other ease of use features, this also includes security and privacy features. This also includes being able to hide apps on an Android device.

One of the easiest ways to find hidden Android apps on a given Android device is to do the same via the Settings app. This is due to the reason that whether your app is hidden or not, it will always appear in the Settings app once it has been installed on your Android device. Hence, you can simply check the list of apps in the Android settings app to check for all the apps installed on your device including the hidden ones:

Other than the Android settings app, you can also find hidden apps on your Android device directly from the app drawer. This is possible thanks to the reason that similar to the Settings app, the app drawer also offers a few settings in terms of the apps that you currently see or not. And if you want to know how to do it from the app drawer, then simply go through the following instructions one by one:

Pros and Cons of Hiding Apps on Android

If you are new to hiding apps and hidden apps on Android, then you might be wondering about its uses and benefits. And just like any other feature offered by Android, hiding apps also has its pros and cons as listed here:

Be Careful with Trick Apps

Since everyone knows about hiding apps, it is not the most effective method of hiding things on a smartphone. Instead, people tend to use trick apps for hiding things that may look like standard apps but allow you to hide things quite easily. One such example of a trick app found for Android devices is the Smart Hide Calculator.

Even though it looks like a completely normal calculator app, it allows you to hide files quite easily. To check whether a given suspicious app on your smartphone is a trick app or not, you can simply go to its app info and check its size. If it is being used to hide files, then its size will be much larger than what it should be, allowing you to know that it is a trick app.

Apart from hiding apps, people also hide files and documents which can be another issue if you are making sure that your children do not have anything inappropriate on their smartphones. Thankfully, not only is it easy to hide content on an Android device, it is also quite easy to find such hidden content as shown here:

How to Hide Apps on Android

In case you unhide apps on a given Android device, you might also want to hide them again so that no one discovers that you have learned about such hidden apps. Therefore, making sure that you properly hide apps on Android after unhiding them is quite important. You can do the same on your Android device by going through these instructions one by one:

Apart from finding hidden apps on an Android device, you might be interested in checking other things being performed on a given Android device as well. And while this can be done using spying apps and monitoring apps built for your children’s Android devices, they are not the best option. This is due to the reason that installing spying apps on someone’s Android device might not be the most ethical thing to do. Plus if someone finds a spyware app installed on their smartphone, it will increase their suspicion quite a lot.

Now that you have been through this guide till the end, you must have a pretty good idea about finding and unhiding apps on an Android device. This can be quite handy to ensure that any given Android device does not have any inappropriate apps installed in it. Since we have also discussed details regarding finding hidden files and content on Android, you can be assured that your children do not have anything inappropriate on their smartphones.

If you have gone through this guide, make sure to share your thoughts in the comments section. You can also post any questions down there if you have any!