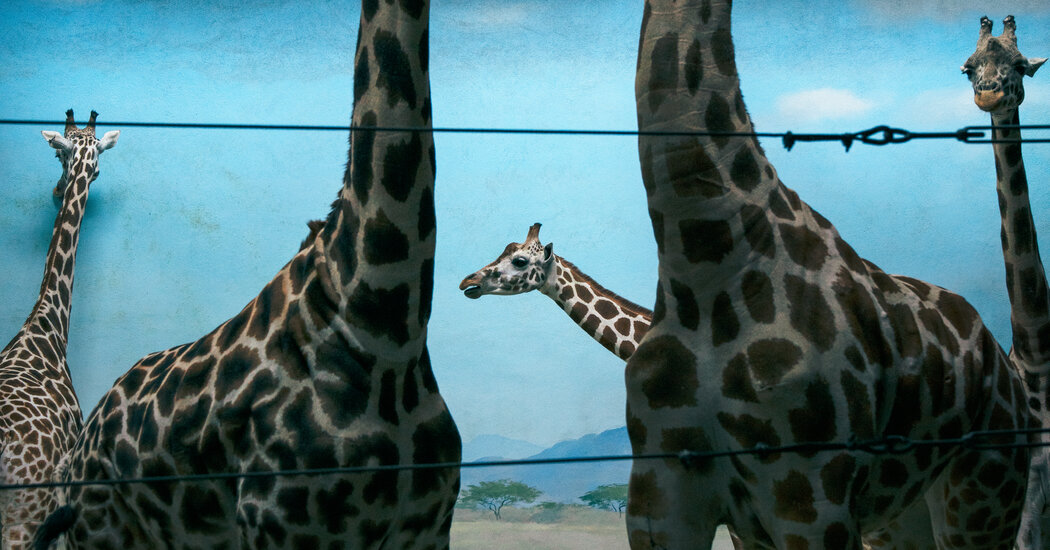 Do you like going to the zoo? Do you have a favorite?

Have you ever stopped to consider the possible harmful effects zoos might have on the animals?

In “Modern Zoos Are Not Worth the Moral Cost,” Emma Marris, an environmental writer, asks the reader to reconsider the value of zoos and the effects of captivity on the animals we visit:

After being captives of the pandemic for more than a year, we have begun experiencing the pleasures of simple outings: dining al fresco, shopping with a friend, taking a stroll through the zoo. As we snap a selfie by the sea lions for the first time in so long, it seems worth asking, after our collective ordeal, whether our pleasure in seeing wild animals up close is worth the price of their captivity.

Throughout history, men have accumulated large and fierce animals to advertise their might and prestige. Power-mad men from Henry III to Saddam Hussein’s son Uday to the drug kingpin Pablo Escobar to Charlemagne all tried to underscore their strength by keeping terrifying beasts captive. William Randolph Hearst created his own private zoo with lions, tigers, leopards and more at Hearst Castle. It is these boastful collections of animals, these autocratic menageries, from which the modern zoo, with its didactic plaques and $15 hot dogs, springs.

Ms. Marris describes how the “educational day out” model of zoos endured until the late 20th century, when zoos began actively rebranding themselves as serious contributors to conservation, functioning as “ambassadors” for their species and teaching humans to care about wildlife.

However, she writes, while species such as the Arabian oryx, the California condor and Black-footed ferrets were saved from extinction by the concerted efforts of zoos, these popular public institutions remain largely about entertainment and family outings:

A fine day out with the family might itself be justification enough for the existence of zoos if the zoo animals are all happy to be there. Alas, there’s plenty of heartbreaking evidence that many are not.

In many modern zoos, animals are well cared for, healthy and probably, for many species, content. Zookeepers are not mustache-twirling villains. They are kind people, bonded to their charges and immersed in the culture of the zoo, in which they are the good guys.

But many animals clearly show us that they do not enjoy captivity. When confined they rock, pull their hair and engage in other tics. Captive tigers pace back and forth, and in a 2014 study, researchers found that “the time devoted to pacing by a species in captivity is best predicted by the daily distances traveled in nature by the wild specimens.” It is almost as if they feel driven to patrol their territory, to hunt, to move, to walk a certain number of steps, as if they have a Fitbit in their brains.

The researchers divided the odd behaviors of captive animals into two categories: “impulsive/compulsive behaviors,” including coprophagy (eating feces), regurgitation, self-biting and mutilation, exaggerated aggressiveness and infanticide, and “stereotypies,” which are endlessly repeated movements. Elephants bob their heads over and over. Chimps pull out their own hair. Giraffes endlessly flick their tongues. Bears and cats pace. Some studies have shown that as many as 80 percent of zoo carnivores, 64 percent of zoo chimps and 85 percent of zoo elephants have displayed compulsive behaviors or stereotypies.

Elephants are particularly unhappy in zoos, given their great size, social nature and cognitive complexity. Many suffer from arthritis and other joint problems from standing on hard surfaces; elephants kept alone become desperately lonely; and all zoo elephants suffer mentally from being cooped up in tiny yards while their free-ranging cousins walk up to 50 miles a day. Zoo elephants tend to die young. At least 20 zoos in the United States have already ended their elephant exhibits in part because of ethical concerns about keeping the species captive.

Ms. Marris concludes her essay with some ways to reimagine and transform the zoo:

What if zoos stopped breeding all their animals, with the possible exception of any endangered species with a real chance of being released back into the wild? What if they sent all the animals that need really large areas or lots of freedom and socialization to refuges? With their apes, elephants, big cats, and other large and smart species gone, they could expand enclosures for the rest of the animals, concentrating on keeping them lavishly happy until their natural deaths. Eventually, the only animals on display would be a few ancient holdovers from the old menageries, animals in active conservation breeding programs and perhaps a few rescues.

Such zoos might even be merged with sanctuaries, places that take wild animals that because of injury or a lifetime of captivity cannot live in the wild. Existing refuges often do allow visitors, but their facilities are really arranged for the animals, not for the people. These refuge-zoos could become places where animals live. Display would be incidental.