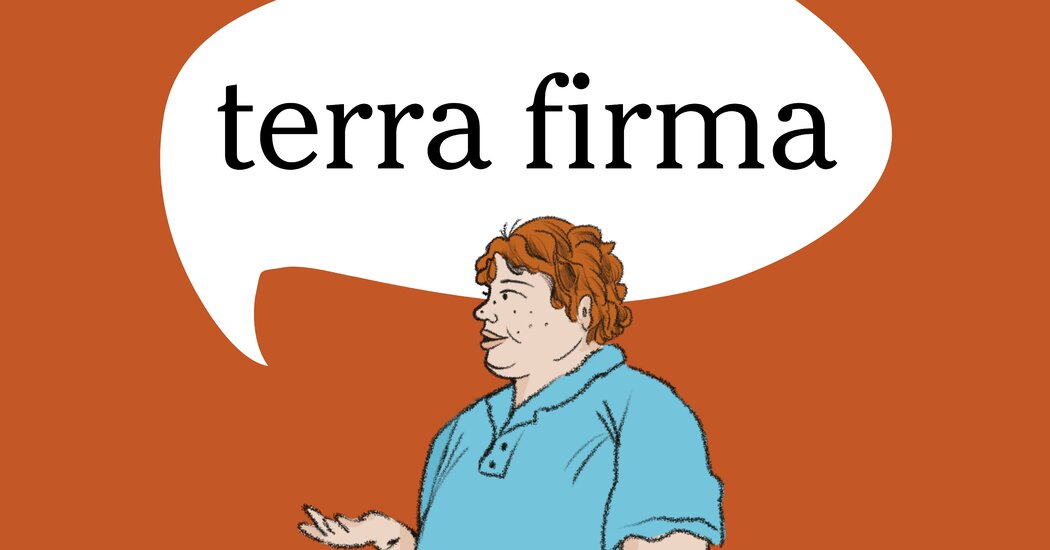 : the solid part of the earth’s surface

The term terra firma has appeared in two articles on NYTimes.com in the past year, including on June 17 in “‘Luca’ Review: Calamari by Your Name” by A.O. Scott:

A lot of movies can be described as fish-out-of-water stories, but few quite as literally as “Luca.” The title character, voiced by Jacob Tremblay, is an aquatic creature who lives with his family off the Mediterranean coast of Italy. The undersea equivalent of a shepherd, tending an amusing flock of sheeplike fish, Luca has a natural curiosity that is piqued by his mother’s warnings about the dangers that await on dry land.

Like many a Disney protagonist before him — Ariel, Nemo and Moana all come to mind — he defies parental authority in the name of adventure. (His mom and dad are voiced, in perfect sitcom disharmony, by Maya Rudolph and Jim Gaffigan.) According to the film’s fantastical version of marine biology, sea monsters turn human on terra firma, though their fins and gills re-emerge quickly on contact with water. Luca is a bit like a mermaid and a little like Pinocchio, a being with folkloric roots and a modern pop-culture-friendly personality.

Can you correctly use the term terra firma in a sentence?

If you want a better idea of how terra firma can be used in a sentence, read these usage examples on Vocabulary.com.