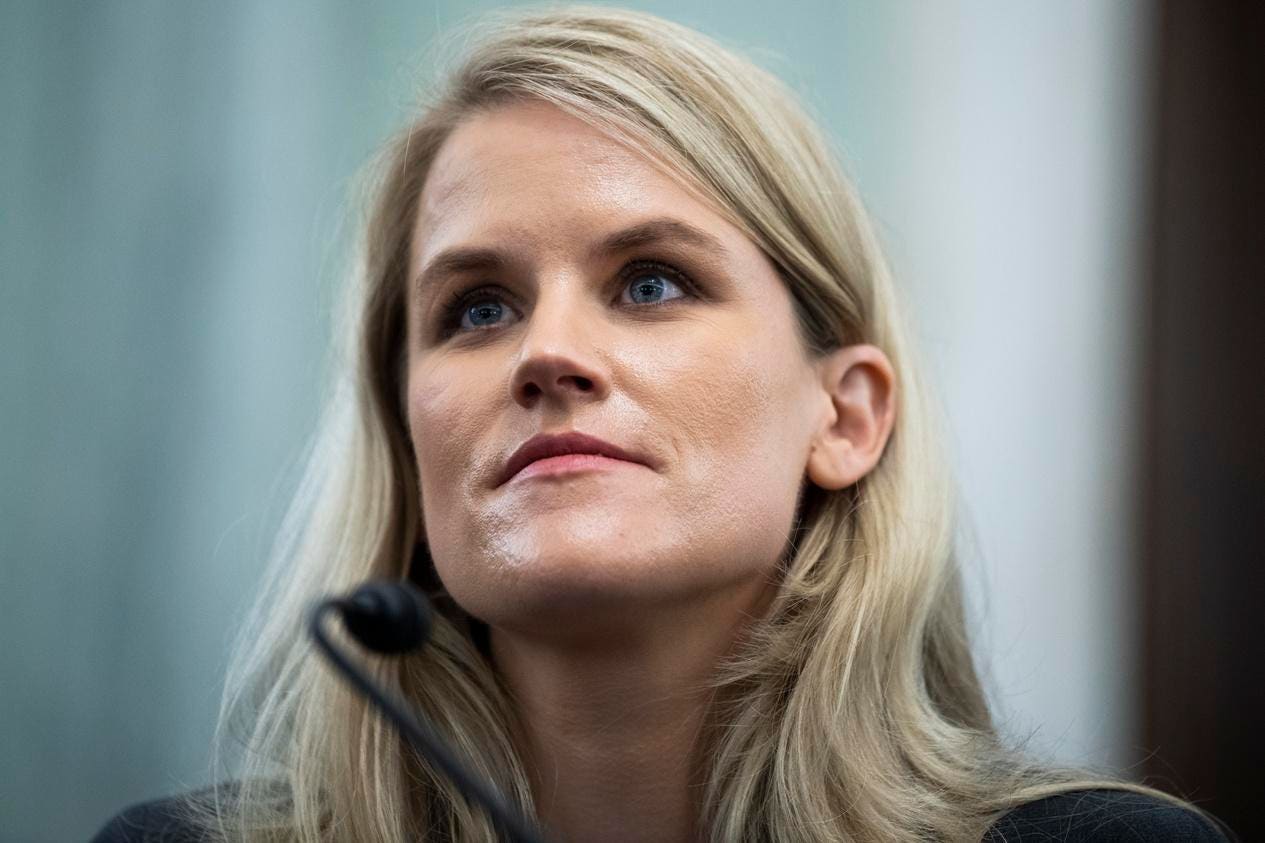 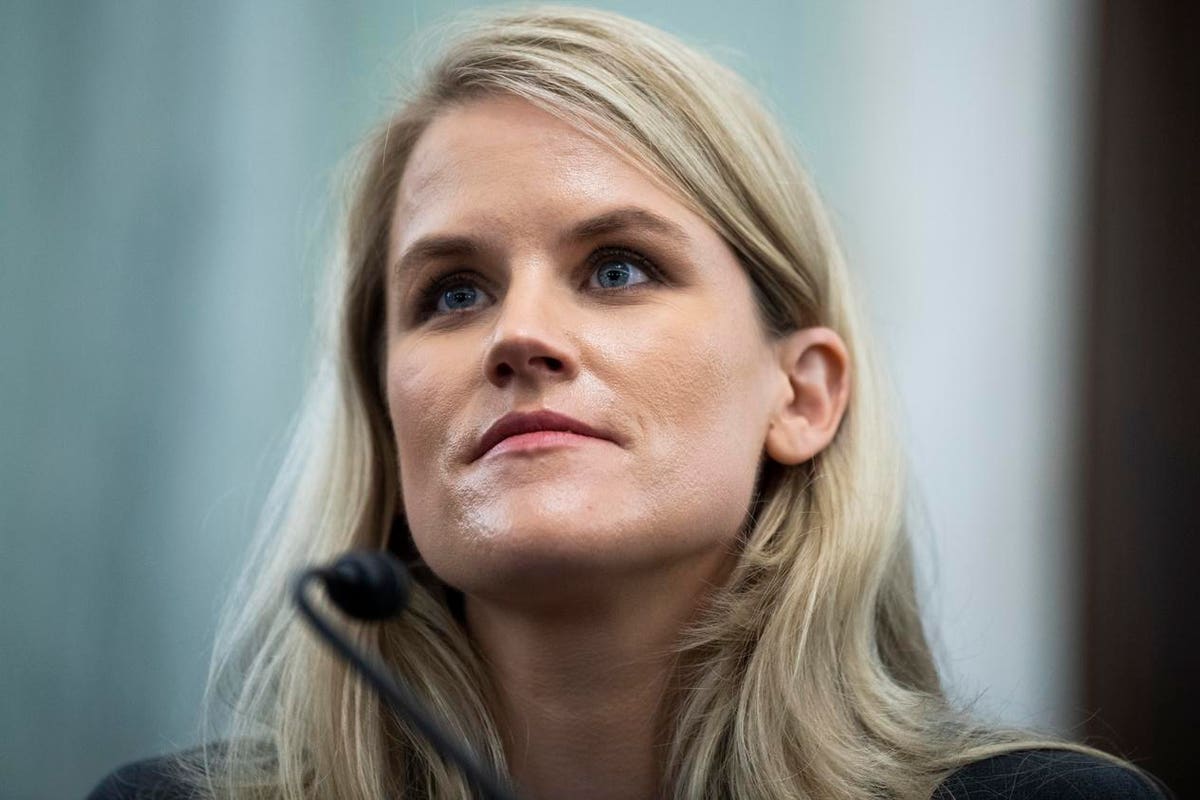 To Republicans on the Hill, Facebook whiste-blower Frances Haugen is a star witness, her testimony earlier this week a possible catalyst to initiating long-awaited action against her former employer.

When she testified before a Senate subcommittee on Tuesday, Marsha Blackburn, the ranking Republican in the room, established the tone in her opening words—thanking Haugen and declaring an intention to “get to the truth about what Facebook is doing with user’s data.” A half dozen or so other GOP senators carried on her sentiments. Even Texas’ Ted Cruz, normally a showboat during moments with Big Tech executives, offered a relatively measured tone, content to mostly sum up her claims about Facebook’s misconduct as “deeply distributing.”

Over nearly three hours, Haugen, a one-time product manager at Facebook, outlined a long list of alleged problems, among them: Facebook injures the mental health of teenagers. It dropped important protections on its platform against misinformation after the election. It is run imperiously by its metrics-focused founder and CEO, Mark Zuckerberg. To support her points, Haugen has turned over thousands of pages of documents to lawmakers and the SEC (and also to the Wall Street Journal). Republicans now hope to make good use of both her and her documents, seemingly poised to restart dormant plans to regulate the social network.

“Now that more and more young adults are on social media, we need to examine how their online identities are being protected,” Blackburn said on Wednesday, adding that she was working through ideas with the committee’s Democratic chairman, Richard Blumenthal, of Connecticut. “I think we need to give a serious look at updating COPPA,” the 23-year-old Children’s Online Privacy Protection Act. Moreover, the Tennessee Republican said, “a national consumer privacy bill is more than overdue, and I’m pleased to be discussing that with Senator Blumenthal as well.”

Yet the conservative politicians’ attitude toward Haugen couldn’t be more different than the one expressed by many conservative digital media outlets and the men running them. They view Haugen as a boogeywoman—a dire threat to their online livelihoods.

“This is a scam,” declared Dan Bongino, decidating the first segment of his podcast Wednesday to attacking Haugen. (He talked about her on The Dan Bongino Show a day earlier, too.) “I’m begging conservatives out there: Please do not fall in this trap. It is clearly a left-wing op.” Fellow podcaster Ben Shapiro carried a similar tune. Any possible legislation resulting from Haugen’s testimony would produce “top-down tyranny,” he said in a video posted to his Facebook page Wednesday. His website, The Daily Wire, answered the call as well and sought to discredit Haugen by highlighting her potential contributions to Democratic politicians. (That much is true. She donated about $2,000 to liberal groups over the past seven years, including a main online funding portal for Democrats, ActBlue, according to FEC disclosures. But the bipartisan embrace of her testimony suggests Republican lawmakers don’t share The Daily Wire’s concerns.) And social media influencer Jack Posobiec kept up a steady patter about Haugen, tweeting and posting on Instagram about her more than a dozen times in two days.

Posobiec and the rest want to reframe the narrative around Haugen and any proposed legislation arising from her disclosures as a liberal plot against conservatives, suggesting without evidence that Democrats have conspired with Haugen to cook up new rules to levy on Facebook. They insist any such regulations would lead Facebook to censor right-leaning content on the site. (As Shapiro put it: “It’s about cracking down on the ability to access information by the Democrat Media Complex.”)

These right-wing figures have a good deal at stake. Much of online conservative media is built around Facebook, where their articles get traded around vigorously by the site’s aging user base. Content from Shapiro (8.2 million Facebook followers) and Bongino (nearly 5 million) regularly rank among the 10 most popular pieces on the site, according to daily data collected by The New York Times. “The only way for these guys to make money is Facebook—their entire business is Facebook,” says Matthew Sheffield, who created an early digital conservative site, Newsbusters, and served as the founding managing editor at another, the Washington Examiner. “They couldn’t survive in a true marketplace of ideas because their ideas are crap…exaggerated, sensationalist content that inflames emotions.”

Their fears about any changes to what’s been a fertile landscape for their media businesses seemed largely unfounded. To start, no politician from either side has yet to offer up any particularly concrete plans for combatting Facebook using Haugen’s testimony. And none of Blackburn’s simple enough initial ideas seem headed down the road they fear. (A scad of proposed reforms pre-date Haugen; all seem dead in the water.) What’s more: Haugen hasn’t advocated for a nuclear option either. She told Congress that Facebook should remove recommendation algorithms altogether, opting instead for chronological-based ones—feeds that would, theoretically, display conservative and liberal posts side by side, favoring neither.

Who’ll emerge victorous: the Republican politicians or the right-wing media? The former certainly haven’t been able to win as often as they’d surely like. In thinking about this latest contest between the two, Lawrence Rosenthal, chair of the Berkely Center for Right-Wing, points to another recent example where their viewpoints have diverged: vaccines.

Despite many Republicans leaders urging voters to get the jab, vaccine hessitancy lingers, their reluctance rooted at least in part by online conservative media casting doubt on the shots. Just 56% of Republicans have received one dose of a Covid-19 vaccine compared to 92% of Democrats, according to Gallop data released last week.

“In the past, Republican voters have been pulled more toward the right-wing media, the people for whom the whistle-blower is about Democrats and the totalitarian takeover of the culture,” he says.“That’s been the consistent mark of the past few years.”