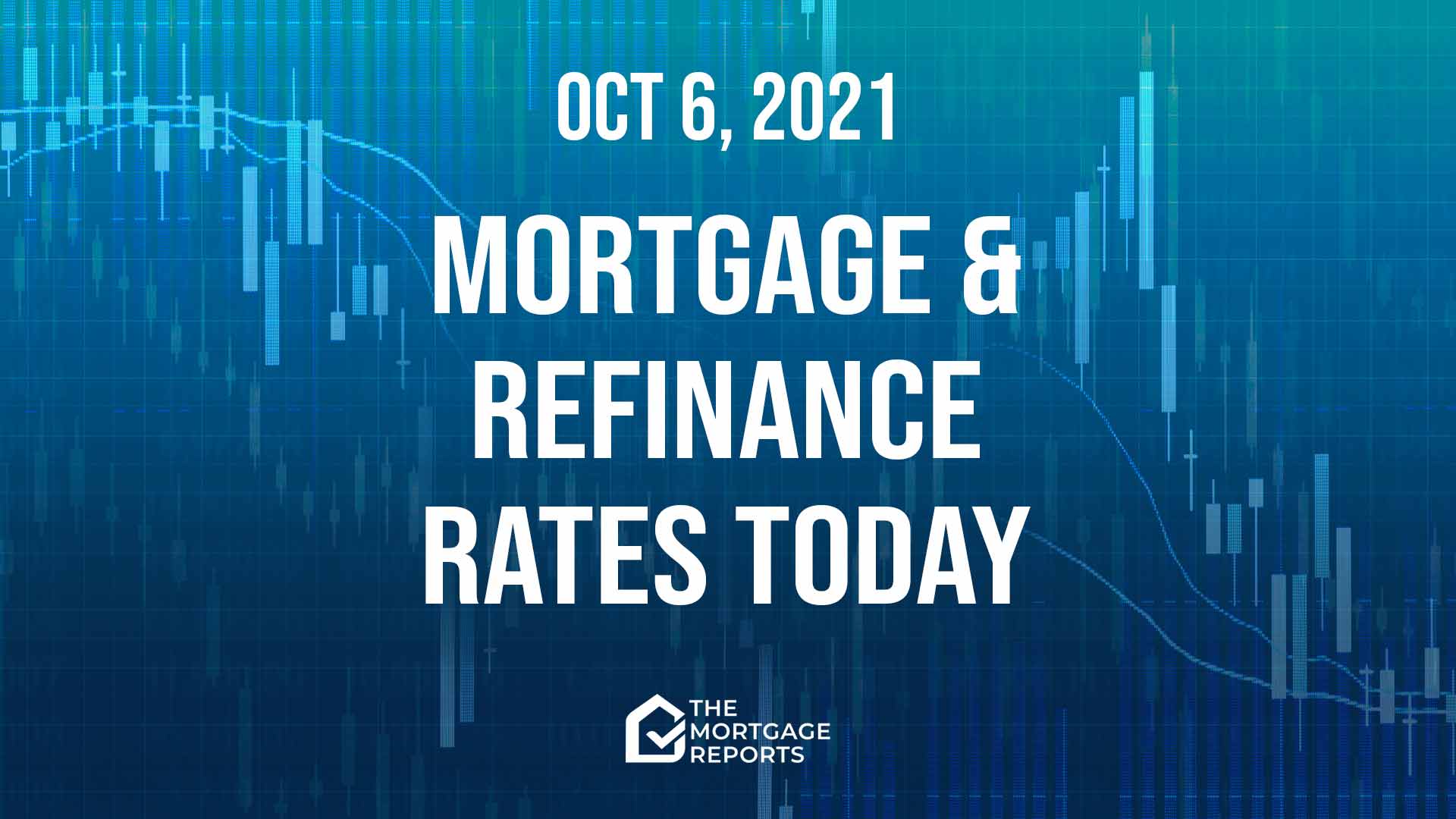 Average mortgage rates rose yesterday. Although we’ve seen some falls recently, those rates are significantly higher than they were in mid-September. And, overall, they’ve had a bad time over those three weeks or so. Still, by most standards, they remain exceptionally low.

So far this morning, it’s looking as if mortgage rates today may rise again on better-than-expected job figures. But markets remain volatile and nothing’s certain.

When you lock your mortgage rate is entirely a matter for you. But, I’d lock mine, if I were you.

Because I’m expecting those rates to climb further in the coming weeks and months. Might I be wrong? Of course. But the weight of evidence and momentum seems to be on my side.

Little has changed since yesterday. And investors are still anticipating Friday’s employment situation report while watching with horror as the clock ticks down to a debt ceiling crisis.

Today may see some movement because the ADP employment report was published this morning. That measures only private-sector jobs and is less comprehensive than Friday’s official report. But sometimes investors react to the ADP publication as a possible predictor of the much more important later one. If they do so today, they’ll be responding to better than expected figures.

As explained yesterday, the Federal Reserve has signaled that it will begin to withdraw (“taper”) its support for low mortgage rates come Nov. 3 unless Friday’s job numbers are terrible. A good, mediocre or somewhat bad report will likely see it stick to that date.

For 18 months, the Fed’s been buying mortgage-backed securities (MBSs — a type of bond that largely determines mortgage rates) at a rate of $40 billion a month. That may be the single biggest reason we’ve seen uberlow mortgage rates over that period.

And, when it begins to slow those purchases — probably from Nov. 3 — it’s highly likely those rates will rise. But don’t expect investors to wait for the inevitable. Recent rises are very likely to have been a result of trading based upon the expectation of the Fed’s action. And, if Friday’s jobs report makes that almost inevitable, you might expect to see mortgage rates head higher from that day on … and for a sustained period.

Yesterday, Fortune magazine explored the implications of Congress failing to raise the debt ceiling in advance of Oct. 18. That’s when the United States is likely to begin to default on its debts:

Treasury Secretary Janet Yellen has said the U.S. risks “widespread economic catastrophe” if Congress fails to raise or suspend the U.S. debt limit. JPMorgan Chase CEO Jamie Dimon recently noted that a scenario in which the U.S. defaults on debt is “potentially catastrophic.”

These are not wildly exaggerated claims. If the U.S. defaults on its debts, not only would the global markets be thrown into turmoil, at home, millions would see invaluable resources dry up overnight.

Very few economists on Wall Street or in academia doubt that a failure to raise the debt ceiling would cause incalculable damage to the US and global economies. And yet legislators in Congress continue to treat it like a political football.

If the worst happens, the cost of borrowing across the board will likely rise. Of course, that won’t affect existing, fixed-rate mortgages (FRMs). But it will almost certainly push up sharply rates for new FRMs as well as those for existing adjustable-rate mortgages (ARMs) that have passed their initial fixed-rate period.

Locking is a matter of probabilities

Nobody can be absolutely certain about when’s a good time to lock their mortgage rate. All anyone can do is weigh the likelihood of future events and act accordingly.

Right now, I personally reckon those probabilities are overwhelmingly in favor of locking rates now or soon. But there are no guarantees. Because it’s never impossible for some huge, unexpected disaster to disrupt everything and force rates downward.

Only you can judge how likely such an event is. But I wouldn’t hold my breath.

Freddie’s Sept. 30 report puts that weekly average for 30-year, fixed-rate mortgages at 3.01% (with 0.7 fees and points), up from the previous week’s 2.88%. Personally, I’m surprised that increase was so modest because other sources suggest a sharper one.

All these forecasts expect higher mortgage rates soon or soon-ish. But the differences between the forecasters are stark. And it may be that Fannie isn’t building in the Federal Reserve’s tapering of its support for mortgage rates while Freddie and the MBA are. Or perhaps Fannie believes tapering will have little impact.

Mortgage and refinance rates today, Oct. 16, and rate forecast for next week