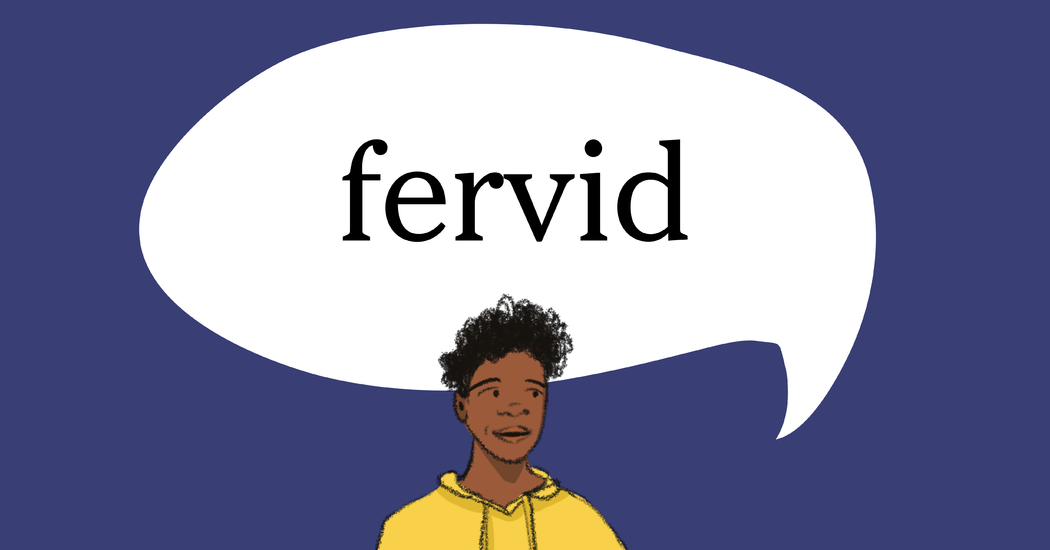 The word fervid has appeared in 16 articles on NYTimes.com in the past year, including on July 10 in “At Wimbledon, Men’s Final Takes a Back Seat to England vs. Italy” by Ben Rothenberg:

After 55 years of waiting for another shot at a trophy since their 1966 World Cup win, England fans aren’t ready to shut up just yet, even during the matches here. Sporadic cries of “It’s coming home,” a verbal meme for England fans, are breaking the otherwise reverent silences at Wimbledon with increasing frequency as England advances.

… Tumaini Carayol, a tennis correspondent for The Guardian, said he believed the fervid interest in Emma Raducanu, who was the last British player in contention in the singles draws, had been fueled by the patriotic passions roused by soccer success. “The England run went hand-in-hand with a young British girl making the fourth round,” Carayol said.

Can you correctly use the word fervid in a sentence?

If you want a better idea of how fervid can be used in a sentence, read these usage examples on Vocabulary.com.