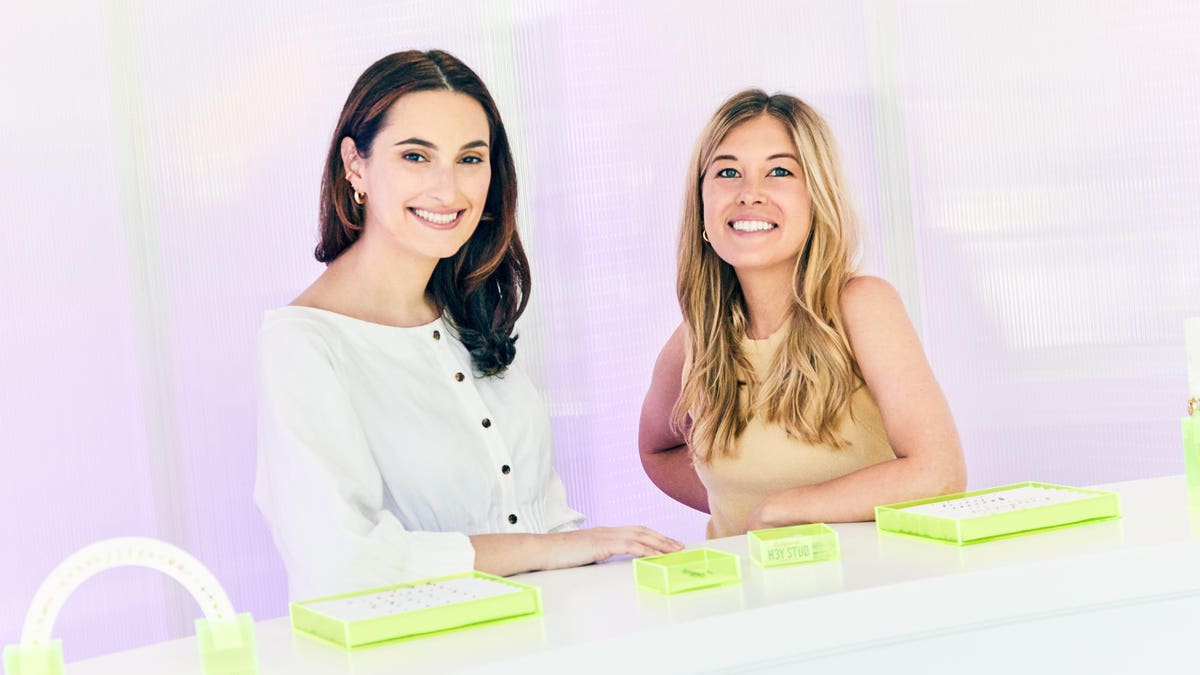 In 1993, astronomist-turned-jewelry designer Maria Tash opened her first piercing studio in Manhattan’s then gritty East Village. There, and by way of her future eponymous piercing chain, Tash pioneered the mainstreaming of the “curated ear”: the artful arrangement of multiple piercings on an ear’s lobe and cartilage. The trend—once the territory of punks and goths—took hold, and celebrities from Beyoncé to Scarlett Johansson to Gwyneth Paltrow began to exhibit impressively decorated ears.

Instagram helped the movement along. The hashtag #CuratedEar currently has more than 129,000 posts, and more than 728,000 people follow Maria Tash. Now, the New York-based startup Studs, which envisions itself as more economical than a Maria Tash but more upscale than the mall mainstay Claire’s, has raised $20 million in new funding, bringing its total capital to over $30 million. Its Series B, announced Tuesday, is led by Spark Capital’s Kevin Thau with participation from Thrive Capital, the firm that led Studs’ as-yet-undisclosed Series A last year.

“This is just better than the alternatives. I love things that are just ten times better than the status quo” says Thau of what impressed him about Studs. “I feel like the most genius thing about this business is that they’ve created a fun, cool brand that isn’t super narrow. It’s not ‘piercings ‘r’ us’ or something. It’s ‘Studs’ and that could mean a bunch of things.”

If the curated ear is the bread and butter of Maria Tash, “Earscaping” is Stud’s trademarked alternative. The online and offline retail platform was inspired by cofounder Anna Harman’s own foray into the world of multiple piercings back in 2018.  “I wanted to feel young again,” says the former lawyer, who at that point was working at Walmart’s brand incubation arm Store 8. “I went to a very premium piercing slash jewelry parlor in the city,” Harman says. “They didn’t take appointments at the time, and it was going to cost $500, and I was going to have to wait two hours, so I was like ‘I’m leaving.’”

Harman called her friend, Lisa Bubbers, then the VP of marketing at interior design startup Homepolish, for backup, and the two decided to head to a tattoo parlor, where piercings are conducted with sterilized needles rather than with the ear-piercing guns favorited by Claire’s and other chains like Piercing Pagoda. “The piercing experience was great,” Harman remembers. It was clean and safe, though not entirely comfortable. “I personally was very out of place at the tattoo parlor,” says Harman, a Princeton grad who first left the law to become the COO of Research Analytics at Bridgewater Associates.

Where some might see little more than a funky experience, Harman and Bubbers saw a business opportunity. “Lisa and I started doing research and trying to figure out, if you wanted to go get a coffee and needle piercing and also buy jewelry for your holes once they healed, where would you go at any age above, say, 14? And the answer was not many places,” Harman tells Forbes. They began working long hours out of a coworking space located in Harman’s apartment building, and bouncing around New York to survey all the piercing options the city had to offer.

Eventually, they came up with the idea for Studs, an experiential retail startup that hopes to follow in the footsteps of venture-backed paragons like skincare company Glossier and eyeglass shop Warby Parker, whose impressive market debut continued to turn heads last Thursday. In November of 2019, Studs raised a $3 million seed round led by First Round Capital’s Hayley Barna, a former CEO of makeup subscription service Birchbox. In early 2020, Harman followed up with a roughly $7 million Series A led by Thrive Capital’s Nabil Mallick, who is on the boards of Glossier and the wedding planning platform Zola.com.

Then the pandemic happened, shutting down Studs’ brick-and-mortar operations—they had two New York stores at the time—and forcing Harman and Bubbers to rely entirely on e-commerce. While they concede that the going was tough, and that the timing of their Series A was fortuitous, they managed to keep the company afloat, and when their stores could finally reopen, their customers returned with a vengeance.

“Ear piercing was something customers could do during the pandemic that was fun and exciting when all of their other options were limited. They couldn’t go to a bar with their friends, they couldn’t hop on a plane and go on vacation,” explains Bubbers, the company’s Chief commercial officer, whom both Harman and Studs’ investors credit for bringing the company’s aesthetic aspirations to fruition. “But you could safely get your ears pierced and do something brave and edgy and cool during this really hard time.”

The startup, which is projecting that it will do eight figures of revenue in 2021, and whose valuation the company would not disclose—it is likely around $100 million—plans to use its new capital to expand its retail footprint. Since pandemic restrictions have eased, Studs has reopened its original studio in New York’s Nolita neighborhood, which once drew headlines for its around-the-corner lines, and plans to open two additional locations in the city. Other stores are open or will open in Austin, Boston, Los Angeles and Miami.

“We basically went on a store opening spree,” Bubbers says.

About 50% of Studs’ revenue comes from its studio-based piercing operations, while the other 50% comes from selling jewelry online. Most of Studs’ earrings are made overseas and cost about $20 for a single earring or $40 for a pair.

While needle-wielding store associates essentially perform minor surgeries on consumers, Harman says that insuring these operations is not among the startup’s greatest costs, because the piercing industry is relatively unregulated. Their stores are also inexpensive to open and maintain, Harman says.

So, Thrive’s Mallick tells Forbes, is Studs’ customer acquisition strategy, which he compared to the way that Warby Parker uses its cool, experience-focused storefronts to attract and engage customers, who then go on to buy eyeglasses online. According to Harman, 30% of Studs’ customers return, sucked in by the studios’ sleek, pared-down, millennial-mod style and the customized consultations offered by piercers inside.

“The economics in these stores is really, really, really impressive,” Mallick says, adding also that he does not see other piercing businesses as posing a strong threat to Studs.

“The legacy competitors are distracted—the Piercing Pagodas, the Claire’s,” he adds. “They were LBO’d a couple of years ago. They are really levered to malls. People aren’t going to malls the same way. They have a whole bunch of debt on them. They’re trying to figure out their businesses, and they’re not investing in the same way for experiential, because it’s non-core to what they do.”

But the prospectus for Claire’s’ IPO, which was released on Thursday after — as Mallick pointed out — it went private in a $3.1 billion leveraged buyout in 2007, and subsequently filed for bankruptcy in 2018, indicates that the long flailing mall chain might have its sights set on exactly the kind of business model that Studs, and other venture-backed operations like Rowan, hope to dominate.

“Ear piercing is a memorable life experience that we believe establishes a lifelong connection between customers and our brand,” Claire’s’ S-1 reads. Nevertheless, that same document concedes that the majority of Claire’s’ business strategy is focused on brick-and-mortar operations, rather than on the kind of “omnichannel” – a commercial symbiosis between the physical and online worlds – approach that Harman and her investors believe is the backbone of Studs.

Harman declined to comment on the Claire’s prospectus, which also state that it sees its core customer as squarely Gen-Z, whereas Studs’ is, according to Harman and Bubbers, “split between Gen Z and millennial.”

The prospectus also notes that, once stores reopened, Claire’s stores, like Studs’, saw a notable increase in interest in piercing and the jewelry affiliated with it. The former company’s net sales doubled in the second quarter of fiscal year 2021 compared to that same quarter of 2020, going from $184 to $356 million: more than 20% (about $70 million) of that revenue comes from “ear-piercing-related-transactions.”