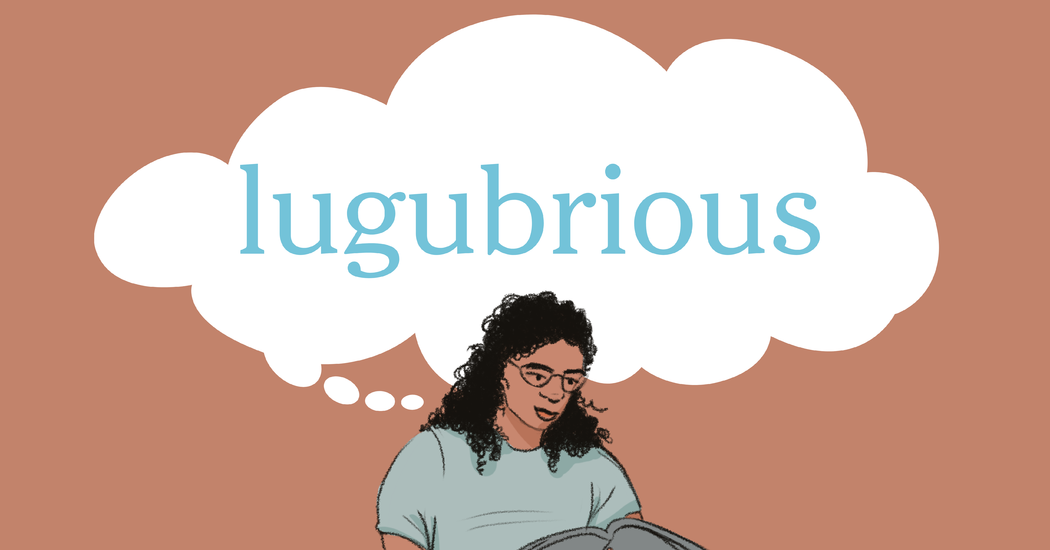 The word lugubrious has appeared in eight articles on NYTimes.com in the past year, including on July 29 in “Review: ‘The Pursuit of Love’ Against All Odds” by Mike Hale:

Mortimer generally follows the novel’s plot and incorporates a lot of its words directly into Fanny’s narration, and her “Pursuit of Love” is better the closer it sticks to the book. Unfortunately, when she strays from it, expanding on Mitford’s story, she has mostly bad ideas.

Her changes, particularly her elaboration of Fanny and Linda’s relationship, push the show in more literal, more lugubrious and, fatally, more melodramatic directions. The tragedy of Linda’s misbegotten attempts at love no longer slips in through the seams of the narrative. Things that were implicit and largely unjudged in the book, filtered through layers of stiff-upper-lip irony — Fanny’s self-pity, Linda’s obliviousness — are now foregrounded and, for the most part, rendered banal, with “Beaches”-level platitudes and sentimentality. Mortimer casts herself as the Bolter, in a role whose expansion has no obvious point beyond increasing our sympathy for Fanny.

Can you correctly use the word lugubrious in a sentence?

If you want a better idea of how lugubrious can be used in a sentence, read these usage examples on Vocabulary.com.