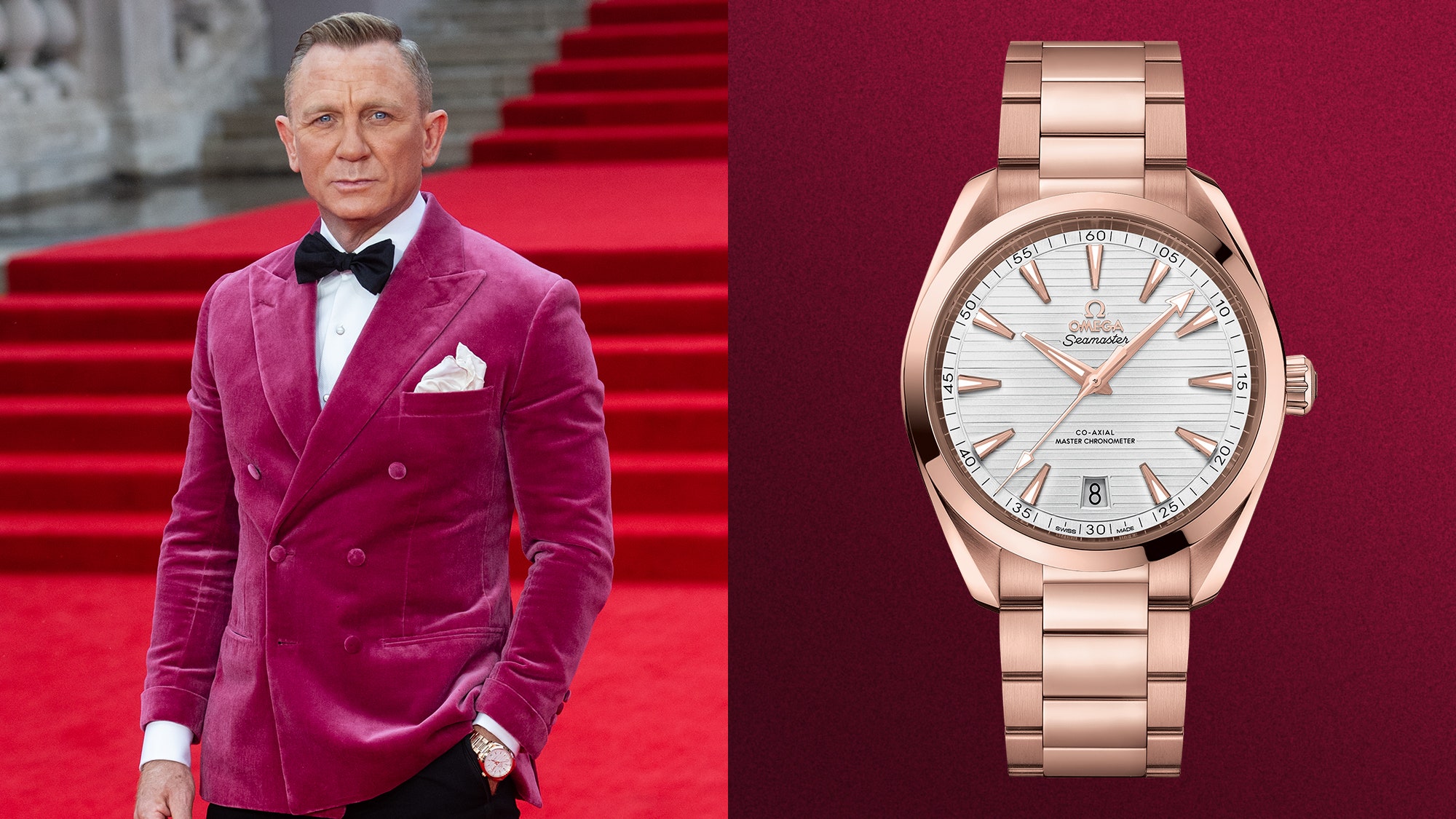 Next week, No Time to Die, the latest chapter in the James Bond franchise, finally hits theaters. But the movie’s title creates more questions than answers. Like, how does our debonair hero really know whether it’s time to die or not? Well, there can only be one solution: a great watch. The good news is that Bond has no shortage of those. The special-edition Omega Seamaster that Bond wears in No Time to Die isn’t exactly new—that watch was available to the public closer to the movie’s original release date. Meanwhile, Daniel Craig is busy embodying his character on the red carpet. This week, at the premiere of his final Bond, Craig wore a custom double-breasted fuschia suit from Savile Row’s Anderson & Sheppard and an Omega Seamaster Aqua Terra. Off the red carpet, watches everywhere went full Bond, too: fans of the show were embracing 007’s pieces, rumored Bond candidates wore custom pieces, and one-off prototypes that would make Q proud were unearthed.

Bond, and the men who’ve played him, have worn Omega since 1995’s GoldenEye. At that time, everything was new in the Bond universe: Pierce Brosnan joined the franchise, along with Omega and one of the best video games ever. According to the brand, this was a more historically accurate choice for Bond: in the lore, the character is a Royal Navy officer, and real-world members of this force wore Omega pieces. Since the change, unfettered access to the Omega catalog has been one of the perks—in addition to massive international fame—of playing Bond. Craig has taken advantage over the years, and caps off his run with this very pretty Seamaster in Sedna gold, the brand’s version of rose gold.

This week, Sheeran appeared on a Bond-themed episode of The Graham Norton Show. For most celebrities, a tux would have sufficed as an understanding of the assignment, but noted watch nerd Sheeran took things one step further. The singer wore the special-edition Seamaster made for 2015’s Spectre, which marked the first time Omega sold a watch (aesthetically) identical to the piece Bond wears in the actual movie. This Seamaster was made over with a combat-friendly NATO strap and vintage-inspired details, like the “lollipop” seconds hand.

Now we turn our attention to long-rumored 007 candidate Idris Elba. His watch makes the case that we should just hurry up and give him the vacated role right now. What could be sleeker and more fitting for a super spy than a blacked-out custom watch? Bond is used to bespoke gear, and the only thing this piece is missing is a buzzsaw or the ability to shoot lasers. Plus, the Italian group that customized the watch, Black Venom, already sounds like a Bond villain.

Rami Malek is someone who truly understands what works for him, style-wise. Even before he became an ambassador for Cartier, he was a steady fan. Over the years, he’s been spotted wearing the Tank MC (a stouter version of the watch with a seconds subdial) as well as the brand’s Santos-Dumont. This week, on the Bond red carpet, Malek wore another version of the Tank. The Américaine’s signature feature is its curved case which enables it to slip easily under the cuff of Malek’s slim tux.

This isn’t necessarily a new watch, since British sailor Ben Ainslie has been wearing it since late last year, but Rolex Magazine recently unearthed some new exciting details around it. It turns out that Ainslie has been casually rocking a one-of-one Rolex prototype: a Yachtmaster in titanium. This is huge freaking news in the watch world, because while other brands like Omega, IWC, and Richard Mille have experimented with titanium, this is the first Rolex watch ever made out of the material. Titanium is incredibly light, which is important for someone in Ainslie’s line of work. “Every little bit of weight that we can save helps us to go faster,” Ainslie told Rolex Magazine. “Best watch I’ve ever worn.” For Ainslie, Rolex even scrubbed off the date complication that appears on every other Yacht-Master. Rolex is famous for making these types of purpose-built watches—Submariners for divers or Explorers for mountaineers—and this Yacht-Master is a return to that ethos.