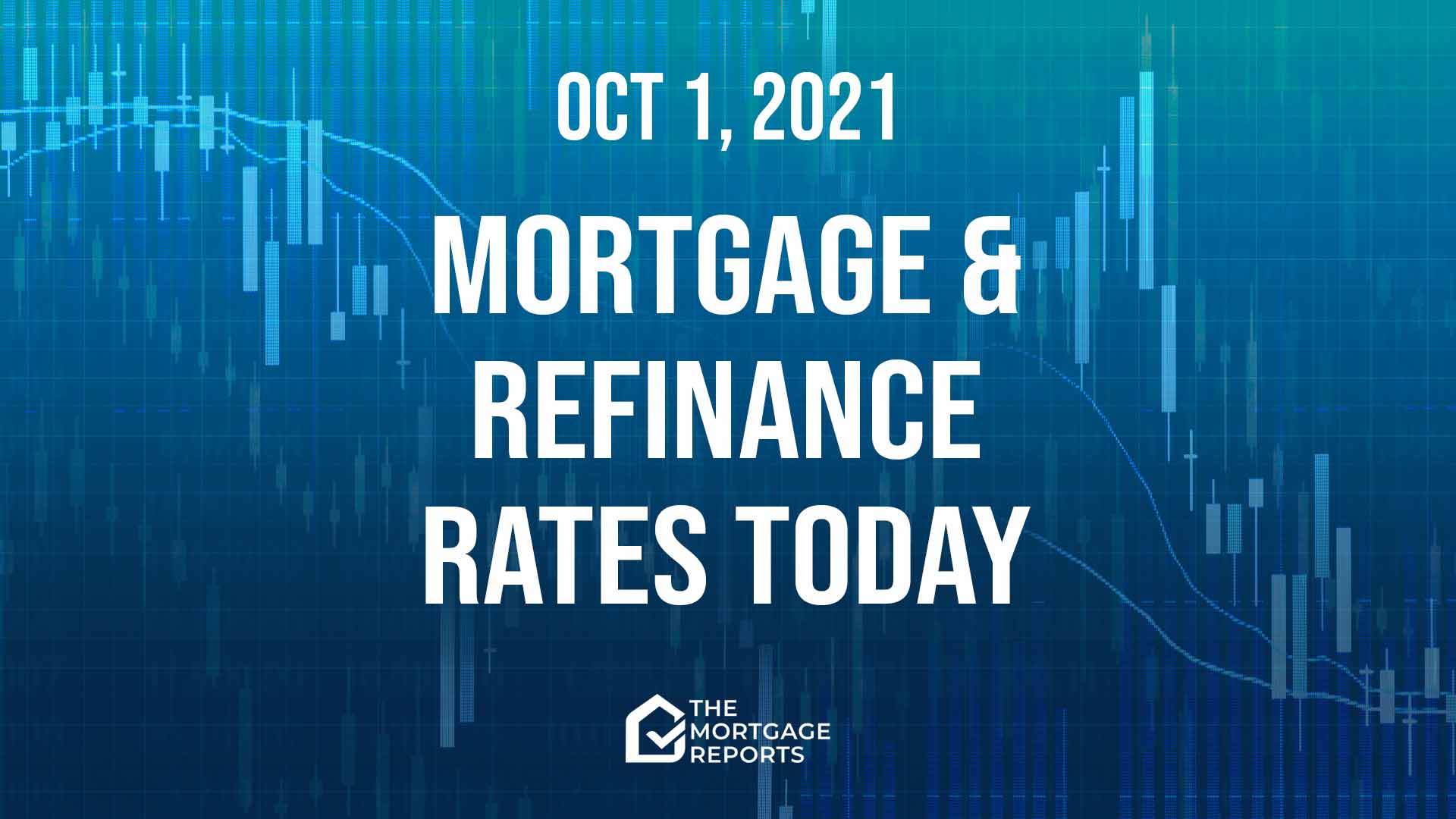 Average mortgage rates edged lower again yesterday as key infrastructure legislation stalled in Congress. These rates remain extraordinarily low by almost every historical standard. But they’re not as low as they were five or six weeks ago.

So far this morning, mortgage rates today are looking likely to fall. However, there’s plenty on the calendar that could turn that around later.

Bond markets seem to be taking a breather as Congress gets its act together (or doesn’t) over some key points on the president’s agenda.

But it still seems much more likely that mortgage rates will rise soon rather than fall.

So use markets only as a rough guide. Because they have to be exceptionally strong or weak to rely on them. But, with that caveat, mortgage rates today look likely to fall. But be aware that “intraday swings” (when rates change direction during the day) are a common feature right now.

Yesterday, one crisis was averted in Congress. The government shutdown, which was due to start at midnight that day, no longer will. But the financial doomsday clock that’s counting down to Oct. 18, when the debt ceiling will be reached, is still ticking.

If the ceiling isn’t raised by then, the United States will begin to default on its debts for the first time in history. And that’s way more scary than any short-term government shutdown.

Here’s what a 2013 US Treasury report had to say about such a default scenario:

Credit markets could freeze, the value of the dollar could plummet, US interest rates could skyrocket, the negative spillovers could reverberate around the world, and there might be a financial crisis and recession that could echo the events of 2008 or worse.

The last time legislators took that ceiling to the brink was in 2011. And then America’s credit rating was downgraded and borrowing costs increased across the board. Note that those events occurred even though the ceiling was raised before the deadline. Just showing that it was possible that the country could default was enough to wreak real damage.

Now, a decade on, no lessons have been learned. And, were the debt ceiling actually to cause defaults, the consequences would be incalculable. But they’d almost certainly include higher borrowing costs on all forms of debt, including mortgages.

So far, this possibility has probably had only limited effects on mortgage rates. But, as that particular doomsday clock ticks down, its impact on those rates is likely to grow. And not in a good way.

Other reasons higher mortgage rates are likely to rise

Mortgage rates may have fallen over the last couple of days and might fall again today. But such brief blips are to be expected in all markets at all times.

And I have two reasons, beside the debt ceiling, for thinking mortgage rates will move higher:

Yes, it’s never impossible that some hugely damaging event will arise that changes all those calculations and pushes mortgage rates lower. Perhaps the most likely of those is the possible emergence of some virulent new variant of COVID-19 that undoes the economic recovery.

That might happen. But it probably won’t. Or let’s hope not.

For more details of what’s going on, read last Saturday’s weekend edition of this daily report.

Freddie’s Sept. 30 report puts that weekly average for 30-year, fixed-rate mortgages at 3.01% (with 0.7 fees and points), up from the previous week’s 2.88%. Personally, I’m surprised that increase was so modest because other sources suggest a sharper one.

All these forecasts expect higher mortgage rates soon or soon-ish. But the differences between the forecasters are stark. And it may be that Fannie isn’t building in the Federal Reserve’s tapering of its support for mortgage rates while Freddie and the MBA are. Or perhaps Fannie believes tapering will have little impact.

Mortgage Rates vs. Home Prices: Is There Really an Inverse Relationship Between Them?