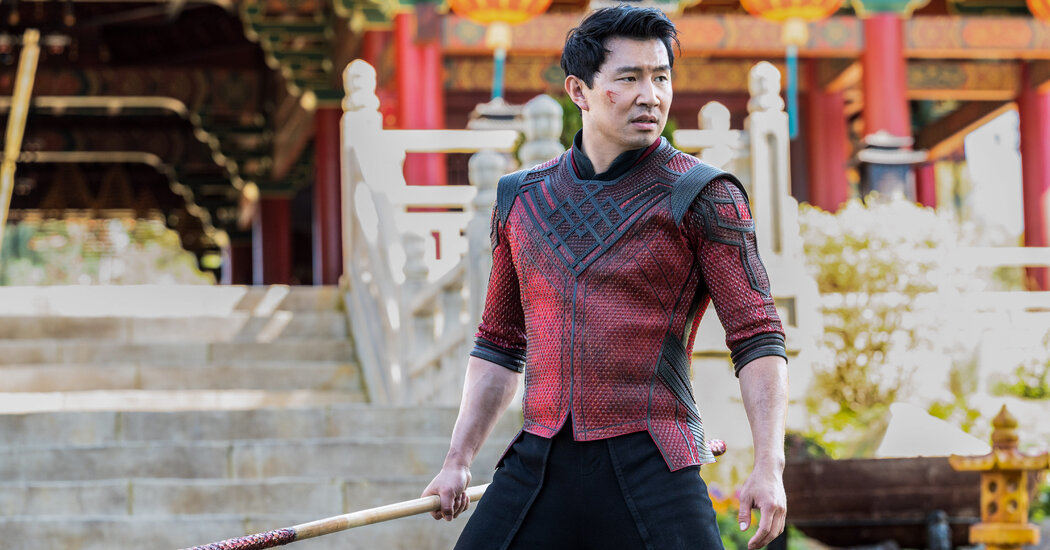 4. How did the creators reboot the original comic book series to counter these stereotypes? Why was it important for the creative team that the updated character of Shang-Chi be “relatable — even funny”?

5. The article concludes with a quotation from the screenwriter David Callaham reflecting on his experience creating the script and realizing how one scene mirrored his own lived experiences:

“I suddenly felt myself overwhelmed with emotion,” he continued. “Generally I’m hired to write a movie-star role so that we can attract a movie star, and typically those have not been Asian faces. It’s usually a beautiful white man named Chris or something. And all power to those guys, but I’ve always had to put myself in a position of imagining what it would be like to be somebody else. This was the first time in my life I’ve been able to sit back and not have to imagine it anymore.”

What is your reaction to Mr. Callaham’s quote? Why is it important to see, and in this case write, oneself onscreen?

6. Have you seen “Shang-Chi and the Legend of the Ten Rings”? If so, what was your reaction? Do you think that it successfully broke stereotypes? If you haven’t seen it, does reading the article make you want to? Why or why not?

In “Asian Americans Are Finally Getting the Heroes We Deserve,” Jeff Yang writes:

Shang-Chi isn’t the first Asian protagonist we’ve seen on a screen. But as a big-budget, big-screen Marvel superhero, he’ll be ubiquitous. Superheroes today are on every screen, device and platform, visible to every demographic in our society. Shang-Chi will usher in the next cinematic phase of the most successful franchise in global history. In his wake will come more Asian heroes: Gemma Chan and Kumail Nanjiani as Sersi and Kingo in “Eternals,” Iman Vellani as Ms. Marvel in “The Marvels.” Their casting ensures that a generation of young Asian Americans will, for the first time, see themselves front and center, larger than life, on the biggest of screens.

So will the rest of the world, which is arguably even more important — when people see us as heroes, they’re forced to see us as humans.

That can mean the difference between life and death. Throughout our history in this country, Asian Americans have seen the dire consequences of compliance and invisibility: exploitation, exclusion, internment. We’re seeing them again today in the time of Covid, as the pandemic has underscored our country’s xenophobic hostility, and unleashed a wave of violence against the most vulnerable in our communities.

Read the entire article, and then respond to one or more of the following prompts in writing or through discussion:

“When I and many of my Asian American peers were growing up, we were so hungry to see ourselves represented that we’d scream and call the family to join us in the living room when an Asian guest star wandered into a scene on TV or a commercial came on featuring an Asian family.”

Do Mr. Yang’s experiences with movies, television and popular culture in general resonate with your own in any way? Do you see yourself reflected in the characters, themes and stories of superhero comic books, television shows and movies? Does the identity — race, ethnicity, gender or sexuality — of a comic book character matter to you?