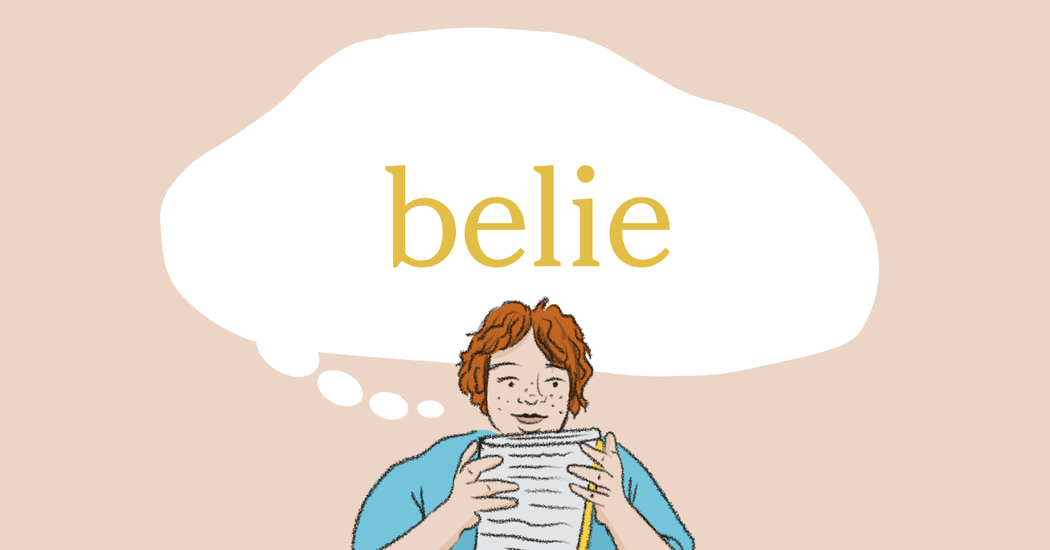 1. be in contradiction with

The word belie has appeared in 24 articles on NYTimes.com in the past year, including on Oct. 19 in “Slow Lorises Are Adorable but They Bite With Flesh-Rotting Venom” by Rachel Nuwer:

With their bright saucer eyes, button noses and plump, fuzzy bodies, slow lorises — a group of small, nocturnal Asian primates — resemble adorable, living stuffed animals. But their innocuous looks belie a startling aggression: They pack vicious bites loaded with flesh-rotting venom. Even more surprising, new research reveals that the most frequent recipients of their toxic bites are other slow lorises.

Can you correctly use the word belie in a sentence?

If you want a better idea of how belie can be used in a sentence, read these usage examples on Vocabulary.com.