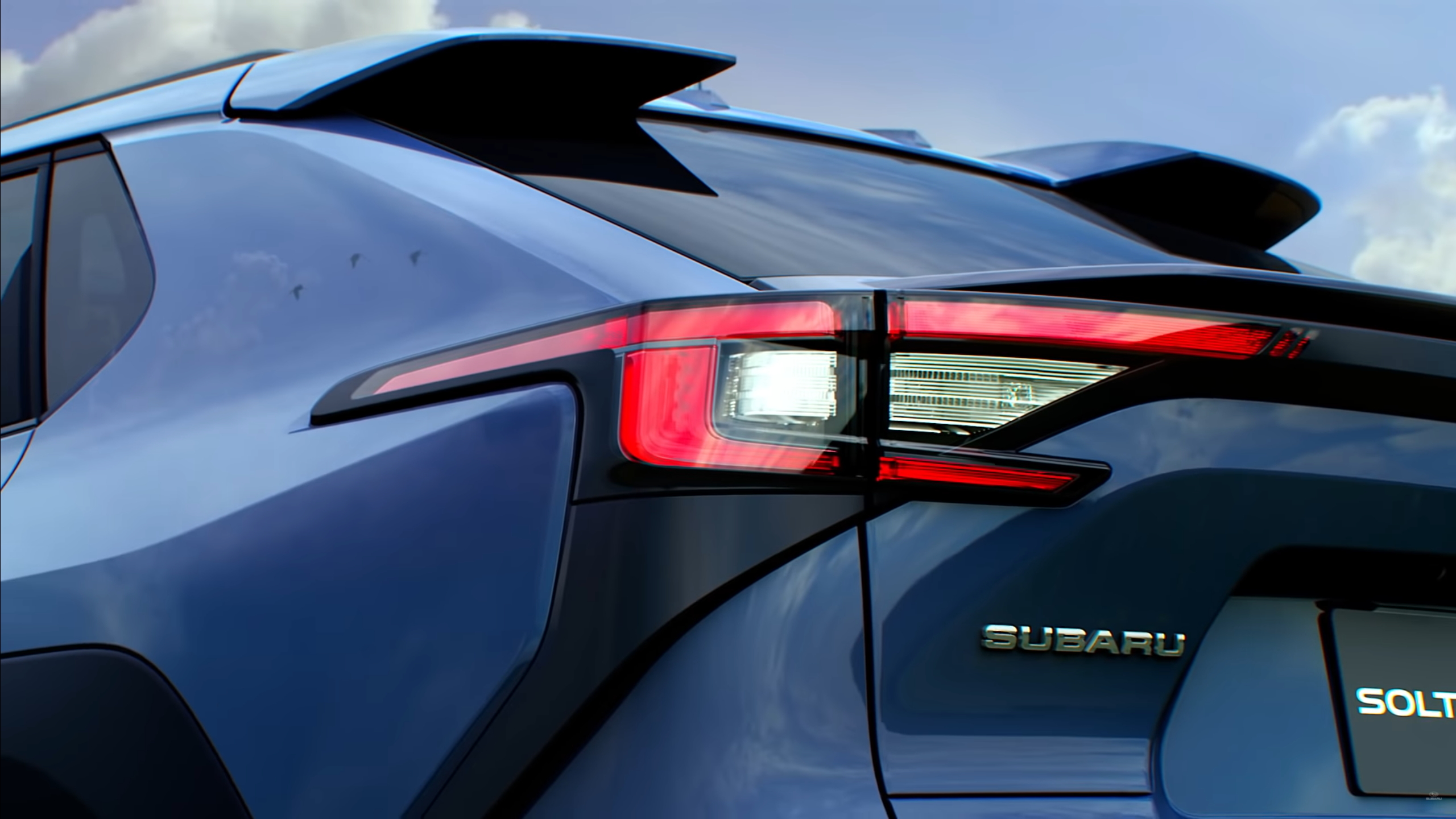 Subaru has showed the first video of its first EV, the 4×4 Solterra crossover, essentially confirming that it’s a slightly reworked version of Toyota’s upcoming bZ4X EV, according to Autoblog. Both electric cars are the fruit of Toyota and Subaru’s collaboration on the e-TNGA platform designed for multiple EVs, first announced in 2019.

Design cues visible in the teaser video, particularly the odd dual roof spoiler, are similar to those on Toyota’s upcoming bZ4X (the “bZ” stands for “beyond zero”). The side profile in a longer shot also looks nigh-on identical, making us wonder why Subaru doesn’t just reveal it in full and be done with it.

It also showed a dim shot of the interior, with the centerpiece being a giant mid-mounted display. Again, that looks mighty similar to what Toyota has shown us with its own EV crossover, though Autoblog pointed out that Subaru appears to have some extra features below the rotary knob. Another notable difference is Subaru’s bolstered seats that might allow for more sporty 4×4 activities.

Other key details, like price and battery capacity, have yet to be released. However, the price could be somewhere in the high $30,000 to low $40,000 range. Like Toyota’s offering, it’s set to arrive in the US and other markets next summer.