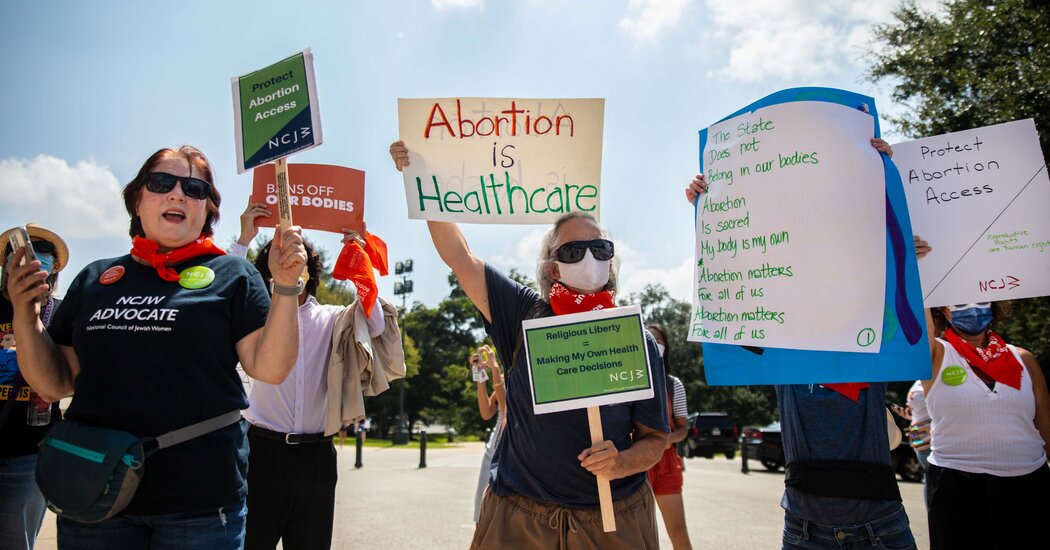 A new law that effectively bans most abortions in Texas went into effect on Sept. 1 — even though Roe v. Wade, the Supreme Court case decided in 1973, established a constitutional right to the procedure.

In this lesson, you will learn about the new law and what it means for people in Texas. Then we invite you to learn more about how the law will particularly affect teenagers, and weigh in with your opinions about the state of abortion rights in 2021.

Since Sept. 1, abortion has been effectively banned in Texas.

How can this be, if the Supreme Court ruled in 1973 that women have a constitutional right to be able to choose to have an abortion during the first 24 weeks of a pregnancy?

The answer is that the new Texas law has been written with a novel enforcement mechanism. It specifically states that no government official, such as the governor or the attorney general, can enforce the law. Instead, the Texas abortion law creates a kind of “bounty system.” Here is how it works:

The new law in Texas effectively banning most abortions has ignited widespread controversy and debate, in part because of the mechanism it uses to enforce the restrictions: deputizing ordinary people to sue those involved in performing abortions and giving them a financial incentive to do so.

The law establishes a kind of bounty system. If these vigilante plaintiffs are successful, the law allows them to collect cash judgments of $10,000 — and their legal fees — from those they sue. If they lose, they do not have to pay the defendants’ legal costs.

… The statute permits anyone — even people who live outside Texas — to file a complaint in any court in the state if they believe an abortion has been performed. It also makes nearly everyone involved in the procedure — except for the woman who receives the abortion — liable to suits, meaning that doctors, nurses, insurance companies, even Uber drivers who help take women to clinics, could be vulnerable.

Before learning anything more about the law and its effects, what is your reaction to what you have just read? What questions does the description raise for you?