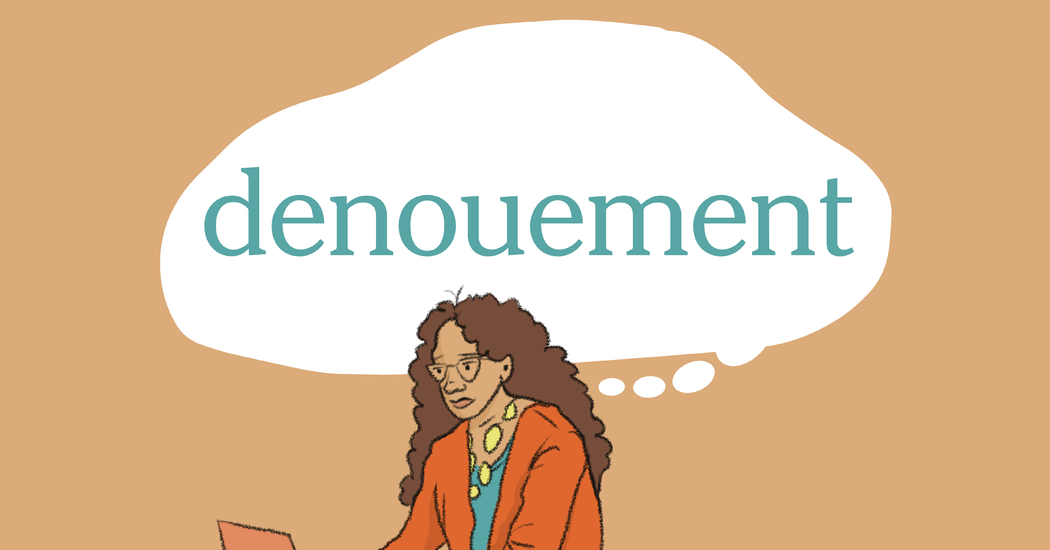 1. the outcome of a complex sequence of events

2. the final resolution of the main complication of a literary or dramatic work

The word denouement has appeared in 54 articles on NYTimes.com in the past year, including on June 25 in “Humble Waiter or Son of a King? A Royal Mystery Piques Spain” by Nicholas Casey and José Bautista:

LA BISBAL D’EMPORDÀ, Spain — The man serving the drinks at the pub is Albert Solà Jimenez, and he has quite a tale to tell.

It starts when he was an orphaned child, at first raised by peasants on a Mediterranean island, then whisked to a mansion in Barcelona. There were rumors of his “noble birth,” he says, whispered by generals and diplomats. Then came a Spanish secret agent who offered to connect the dots on his origins, he says.

The conclusion was the denouement of a fairy tale.

“It’s quite simple: I am the son of the king,” said Mr. Solà, as he carried two glasses of wine to customers in La Bisbal d’Empordà, a town of 10,000 inhabitants in the hills of Catalonia, the northeast corner of Spain’s border with France.

Can you correctly use the word denouement in a sentence?

If you want a better idea of how denouement can be used in a sentence, read these usage examples on Vocabulary.com.