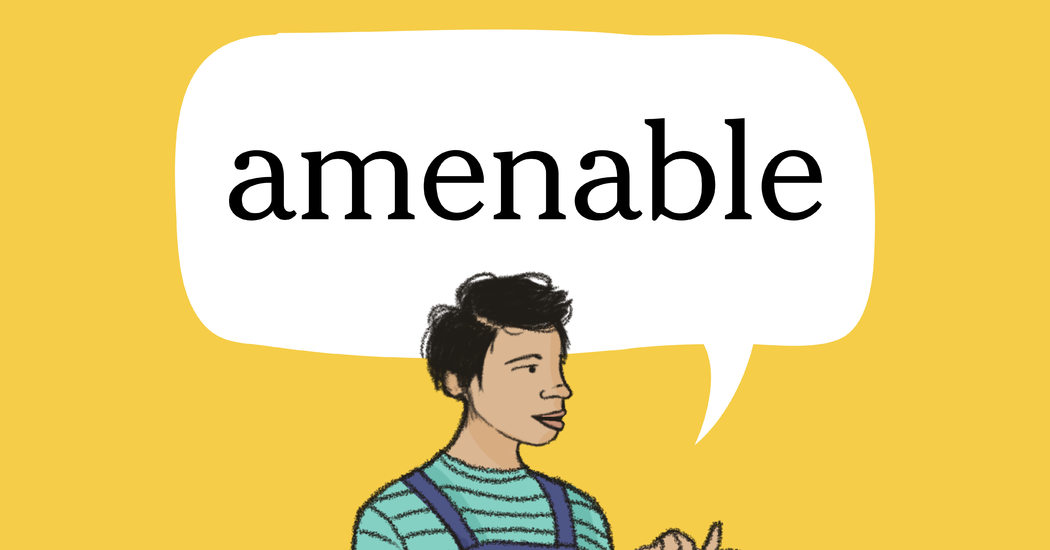 1. disposed or willing to comply

2. liable to answer to a higher authority

3. readily reacting to suggestions and influences

4. open to being acted upon in a certain way

The word amenable has appeared in 86 articles on NYTimes.com in the past year, including on Aug. 13 in “‘Heels’ Is a Family Drama, With Body Slams” by Jeremy Gordon:

Since its heyday in the ’80s and ’90s, pro wrestling has flirted with mainstream attention — such as when Darren Aronofsky’s 2008 film “The Wrestler” became a surprise hit during awards season — without achieving sustained success. As wrestlers like Dwayne Johnson, Dave Bautista and John Cena have become reliable box office presences, and more wrestling shows pop up on TV schedules, the conditions are increasingly set for “one spark to really light the fuse,” as Amell put it.

That might take the form of a single transcendent star — a Hulk Hogan, a “Stone Cold” Steve Austin — or a show that becomes an undeniable ratings smash. Ludwig pointed out that the entertainment industry is foremost a business with the tendency of chasing trends, not predicting them. If “Heels” is “the big success that we all hope it will be,” he predicted that networks will be much more amenable to scripted shows set within the wrestling world.

Can you correctly use the word amenable in a sentence?

If you want a better idea of how amenable can be used in a sentence, read these usage examples on Vocabulary.com.