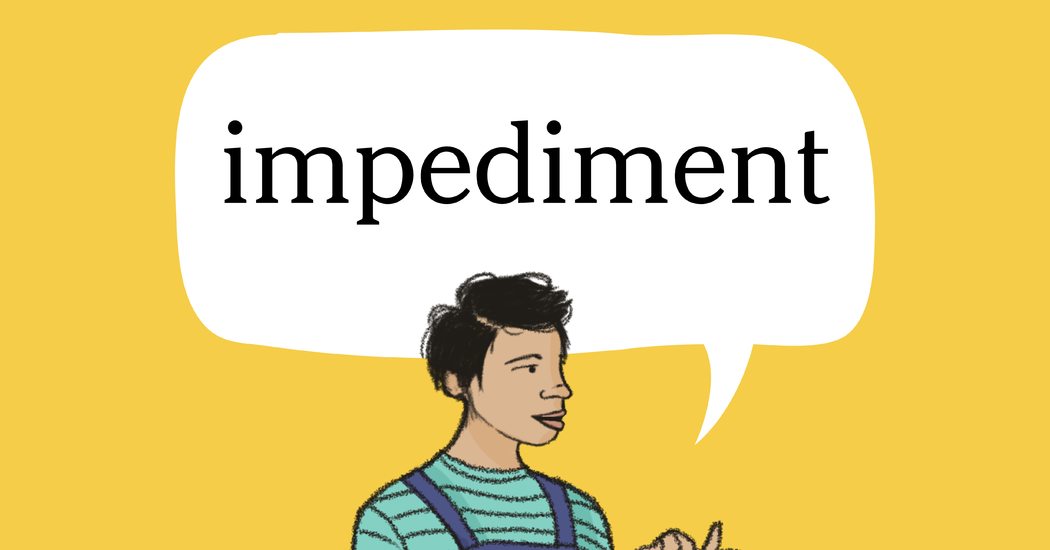 : something immaterial that interferes with or delays action or progress

The word impediment has appeared in 136 articles on NYTimes.com in the past year, including on Sept. 17 in the Opinion essay “Why Has Black Enrollment Fallen at an Elite Southern University?” by Drake Pooley:

The decline in the percentage of Auburn students who are Black is representative of a broader trend among the 14 schools of the Southeastern Conference, nine of which had shrinking proportions of Black students from 2010 to 2018.

Nationally, the picture was not much better: Black enrollment went down at 20 of the top 50 public universities over the same period, and it fell at almost 60 percent of the 101 most selective public colleges and universities from 2000 to 2017. A Washington Post and Hechinger Report analysis published this year found that 15 state flagship universities had “at least a 10-point gap between the percentage of Black public high school graduates in their states in 2019 and the Black share of freshmen they enrolled that fall.”

These numbers demonstrate a missed opportunity to use one of America’s strongest engines of economic and social mobility — public higher education — to reduce racial inequities. Black and Hispanic people are less likely than white and Asian people to have college degrees, and that presents a major impediment to advancement. In Alabama, 28 percent of the Black population lives in poverty, compared to 12 percent of white people.

Can you correctly use the word impediment in a sentence?

If you want a better idea of how impediment can be used in a sentence, read these usage examples on Vocabulary.com.