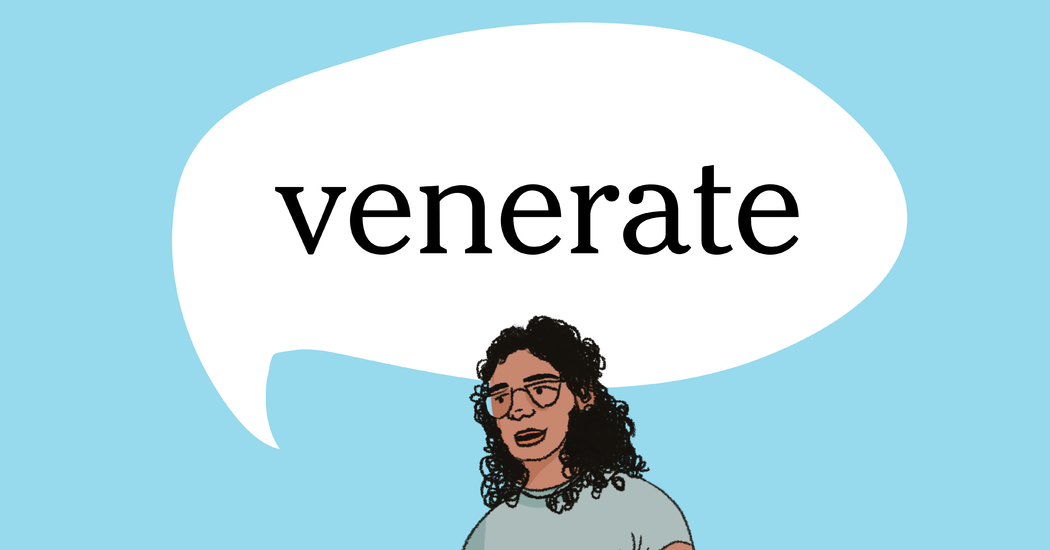 : regard with feelings of respect and reverence; consider hallowed or exalted or be in awe of

The word venerate has appeared in 12 articles on NYTimes.com in the past year, including on July 20 in “In Search of the California Barbecue Tradition” by Tejal Rao:

On a recent weekend, Ms. Yee-Lakhani put her smoked char siu and brisket into puffy baos, and seared homemade sausages seasoned with galangal and lemongrass. Though she takes inspiration from the magnificent, black-barked briskets of Central Texas, she also thinks of her style as her own.

“I’ve never even been to Texas,” she said. “I can’t say I’m selling Texas barbecue.”

Barbecue styles in other parts of the country, from Texas to the Carolinas, are so well codified, it’s no wonder there are pitmasters across California who venerate them. But even among those who carefully study and recreate regional pleasures that belong to other places, the food tends to be more playful than prescriptive.

Can you correctly use the word venerate in a sentence?

If you want a better idea of how venerate can be used in a sentence, read these usage examples on Vocabulary.com.