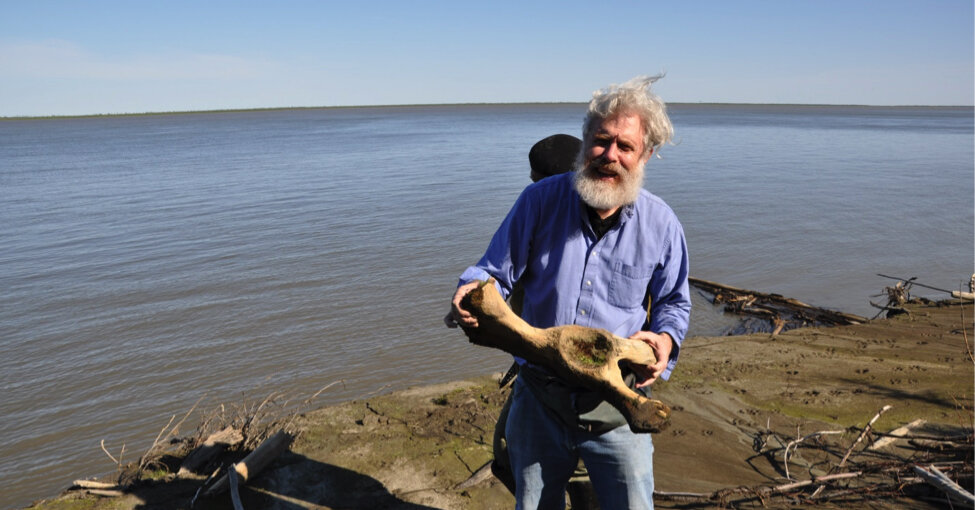 Have you ever seen the movie “Jurassic Park” or one of its sequels? It tells the story of an eccentric businessman who creates a theme park of cloned dinosaurs from prehistoric DNA, only to have his dreams ruined when the resurrected Tyrannosaurus rex and other ferocious predators escape and endanger the lives of the no-longer-thrilled human visitors.

Now, a team of scientists and entrepreneurs has announced the formation of a company that aims to genetically resurrect the woolly mammoth thousands of years after it went extinct.

If they can pull it off, would it be a magnificent achievement? Or should we heed the warning of “Jurassic Park” and never try to bring back long-extinct animals?

In “A New Company With a Wild Mission: Bring Back the Woolly Mammoth,” Carl Zimmer writes:

A team of scientists and entrepreneurs announced on Monday that they have started a new company to genetically resurrect the woolly mammoth.

The company, named Colossal, aims to place thousands of these magnificent beasts back on the Siberian tundra, thousands of years after they went extinct.

“This is a major milestone for us,” said George Church, a biologist at Harvard Medical School, who for eight years has been leading a small team of moonlighting researchers developing the tools for reviving mammoths. “It’s going to make all the difference in the world.”

The company, which has received $15 million in initial funding, will support research in Dr. Church’s lab and carry out experiments in labs of their own in Boston and Dallas.

A former researcher in Dr. Church’s lab, Eriona Hysolli, will oversee the new company’s efforts to edit elephant DNA, adding genes for mammoth traits like dense hair and thick fat for withstanding cold. The researchers hope to produce embryos of these mammoth-like elephants in a few years, and ultimately produce entire populations of the animals.

Other researchers are deeply skeptical that Colossal will pull off such a feat. And if Colossal does manage to produce baby mammoth-like elephants, the company will face serious ethical questions. Is it humane to produce an animal whose biology we know so little about? Who gets to decide whether they can be set loose, potentially to change the ecosystems of tundras in profound ways?

The article explains some of Dr. Church’s hopes for reviving the long-extinct animal:

Beyond scientific curiosity, he argued, revived woolly mammoths could help the environment. Today, the tundra of Siberia and North America where the animals once grazed is rapidly warming and releasing carbon dioxide. “Mammoths are hypothetically a solution to this,” Dr. Church argued in his talk.

Today the tundra is dominated by moss. But when woolly mammoths were around, it was largely grassland. Some researchers have argued that woolly mammoths were ecosystem engineers, maintaining the grasslands by breaking up moss, knocking down trees and providing fertilizer with their droppings.

Russian ecologists have imported bison and other living species to a preserve in Siberia they’ve dubbed Pleistocene Park, in the hopes of turning the tundra back to grassland. Dr. Church argued that resurrected woolly mammoths would be able to do this more efficiently. The restored grassland would keep the soil from melting and eroding, he argued, and might even lock away heat-trapping carbon dioxide.

It concludes with a discussion of both the prospects and possibilities of Colossal’s ambitious plan:

Beth Shapiro, a paleogeneticist at the University of California Santa Cruz, is skeptical about the company’s prospects. “It feels to me that a mammoth is a long way in the future,” she said. Nevertheless, she applauded the company’s launch and hopes it will deliver scientific advances that could help species that are endangered but not yet extinct.

For example, scientists may be able to use Colossal’s advances to save species under threat from diseases by endowing them with genes for resistance to a pathogen, she said. Other species might be enriched with genes to better tolerate heat and drought brought on by climate change.

“I worry that for lots of species today, the pace of climate change and the pace of habitat degradation is such that evolution isn’t going to be able to save them,” Dr. Shapiro said. “We need to intervene even more.”

Read the entire article, then tell us: