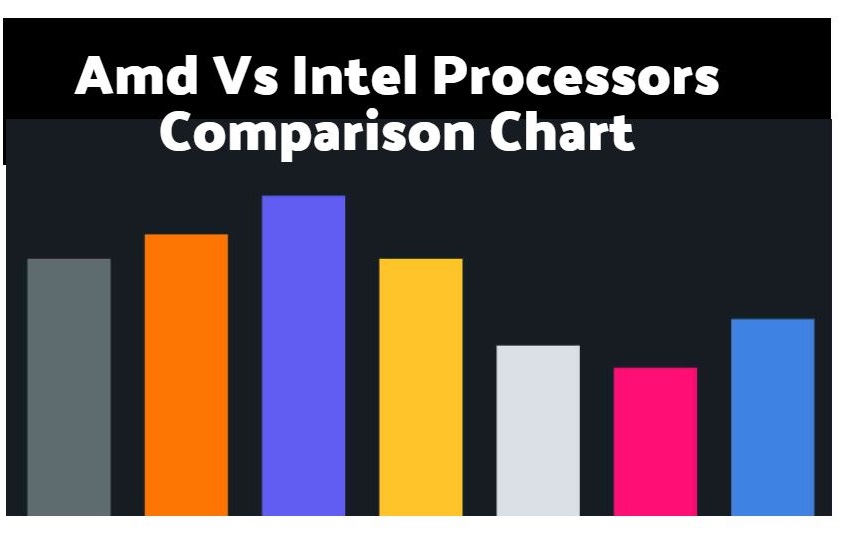 The Intel series of processors include the Core i3, i5, i7, and also the recently introduced i9. Usually, the power hierarchy is as follows, the i3 is the weakest of the bunch while the i5 and i7 are significantly stronger. The strongest of the bunch is the i9 series introduced in 2017. The i9 series has an incredible number of threads and cores.

The i9-7980X boasts 18 cores clocked at 2.6GHz with 32 threads. However, buying such an expensive processor for gaming alone does not make sense. For gaming, it is best to opt for an i5 or i7. Another thing to note is that the i7 does not come with 7 cores and likewise with the i5 and i3.

The Thread Ripper series had processors with 32 cores and 64 threads. It was AMD’s answer to the i9. The higher core count means that video rendering and editing would be better on the Ryzen processors. Recently, the Ryzen 9 series hit the market and the Ryzen 9 3590X has emerged as one of the best processors that money can buy.

We have done a comparison between the i9-9900K and the Ryzen 3950X. The 3950X comes with 16 cores/32 Threads and is built for multi-tasking. It can also handle 4K gaming without any issues. It also has 64MB of cache and dual channel memory. It has a base-clock speed of 3.5 GHz and a boost speed of 4.7 GHz.

The i9-9900K has 8 cores and 16 Threads but offers better single-core performance. It has a base clock of 3.6 GHz and a boost speed of 5 GHz and consumes less power than the Ryzen one. Additionally, it also comes with integrated graphics as well.

Most of the intel processors come with integrated graphics, and as a result, you can even avoid buying a GPU. However, the performance level is very impressive. AMDs have less integrated CPU and GPU units. Regardless of whether you choose Intel or AMD, a good quality processor suitable for gaming and streaming will cost anywhere between 200 and 350 Dollars.

If you have a dedicated GPU, then the Intel processor will offer better performance over it’s AMD equivalent. This is due to the architecture of the CPU. The 9900K is arguably the strongest gaming CPU at the time of its release. The Ryzen 9 3590X can outperform all the i9 CPUs in multi-threaded applications and offers great gaming performance. If you are a hardcore gamer, go for the 9700K or 9900K. If you are interested in things other than gaming, opt for a high-end Ryzen processor.

In the Desktop segment, AMD and Intel are pretty evenly matched and in some situations AMD even outperforms Intel. However, when it comes to Laptops, the story is different. Intel dominates the Laptop market for processors and has a better and wider portfolio. The Intel i7-9750H is a monster in terms of performance. For normal work, an i5 processor ought to do. Only for heavy computational loads do you require an i7 or i9.

On paper, integrated graphics look like a great idea. However, it might not be able to handle the most demanding of games, and that too only on the lower settings. Intel has a lot of chips with integrated graphics however the AMD APUs are simply stronger. If you don’t have the money to buy a dedicated GPU, it is best to opt for an AMD APU like the Ryzen 3400G.

Overclocking used to be a difficult process but thanks to the new programs from AMD and Intel, it is quite easy to do. Not all the processors can be overclocked. Most of the chips from AMD support overclocking. It can be done through the Ryzen master. It can also be done through the BIOS, but we do not recommend that method to inexperienced users. Also, it is best to go for a water-cooling system if you intend to overclock.

Intel allows only processors with X or K labels to be overclocked. The Extreme Tuning Utility helps with the overclocking. All the Intel processors come with a stock cooler so it is a necessity to upgrade the cooler while overclocking.

The Ryzen motherboards and coolers are much harder to get. Some of the standalone coolers require special AM4 brackets as well. On the other hand, are more common and compatibility is not a big problem.

AMD has significantly increased their market share due to the enormous success of the Ryzen chips. The 3950X received Rave reviews and is an incredible processor. The future is definitely bright for AMD. Intel has also experienced success with the likes of i5-9400F being incredibly popular amongst customers. However, the increasing popularity of Ryzen means that it will have to think outside the hat in terms of innovations.

They are parts of a processor. More cores means better multitasking performance. Threads improve the computational speed and are a virtual component.

It is measured in GHz and indicates the number of cycles that the processor runs. A bigger number means that it is faster.

Thermal Design Power is a measure of the amount of heat the component is expected to release. It is measured in Watts.

CPUs have a specific socket type and they can only be installed in motherboards that support the particular socket type.

Both Intel and AMD make some pretty great CPUs. If you are a dedicated gamer and are not interested in Video rendering and editing, we would recommend going for an Intel CPU. Else, AMD is the better option.