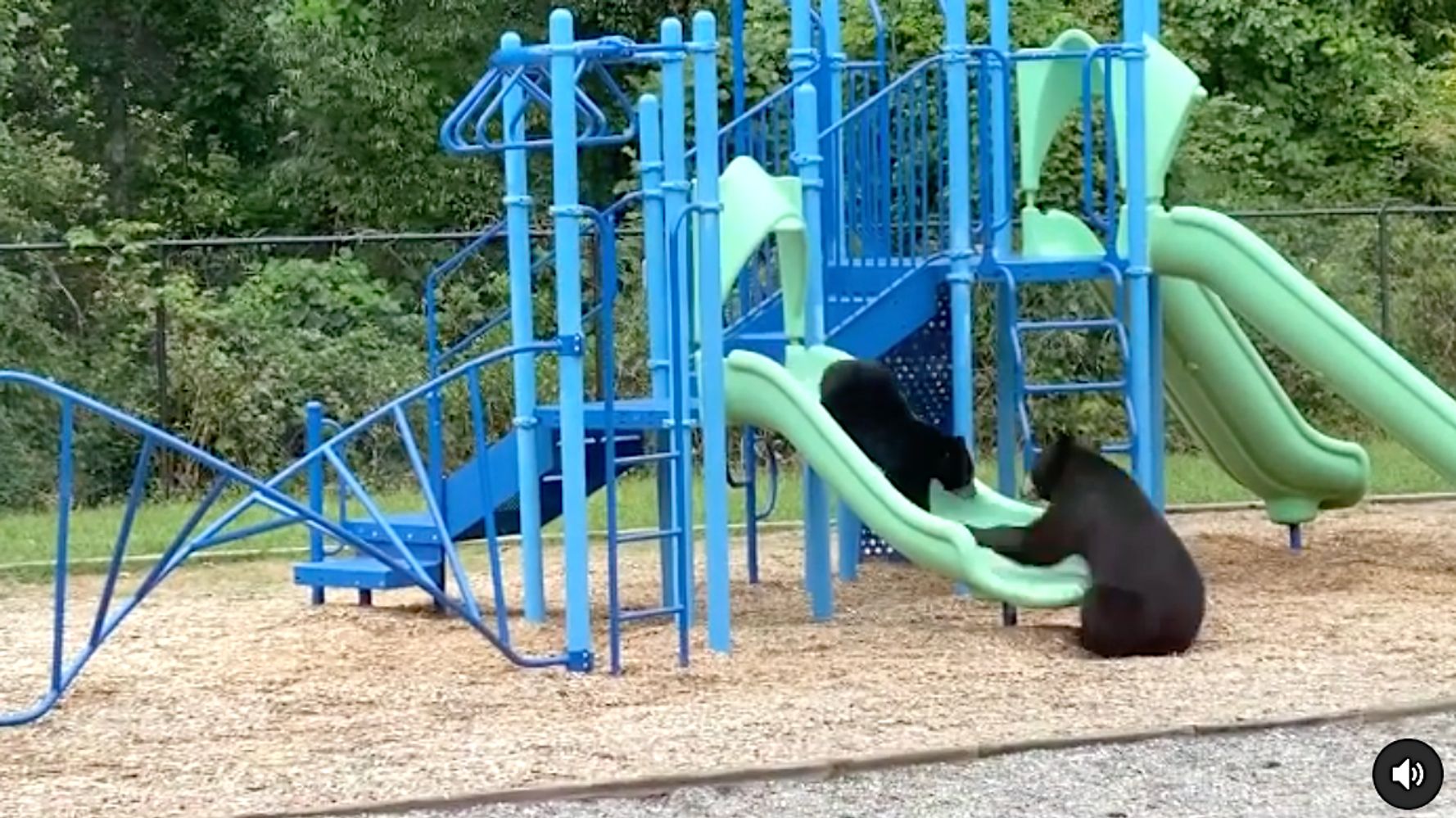 A mama bear encouraging her cub to use the slide at a school playground had teachers gushing over the ursine family moment. (See the clip below.)

Betsie Stockslager Emry captured the cuteness on Tuesday at Isaac Dickson Elementary School in Asheville, North Carolina, where she works as a teacher.

School was already out for the day when the bears appeared, Emry told HuffPost on Thursday.

Emry said she has a 4-year-old son who has “grown up on that playground,” and that watching the bears’ behavior “straight up reminded me of being out there with my own kid.”

In the video, the “mama bear” enjoys one of the slides and then ambles over to a smaller slide and coaxes the young bear to give it a try. Emry caught some teachers commenting in the background and it’s worth a listen, too.