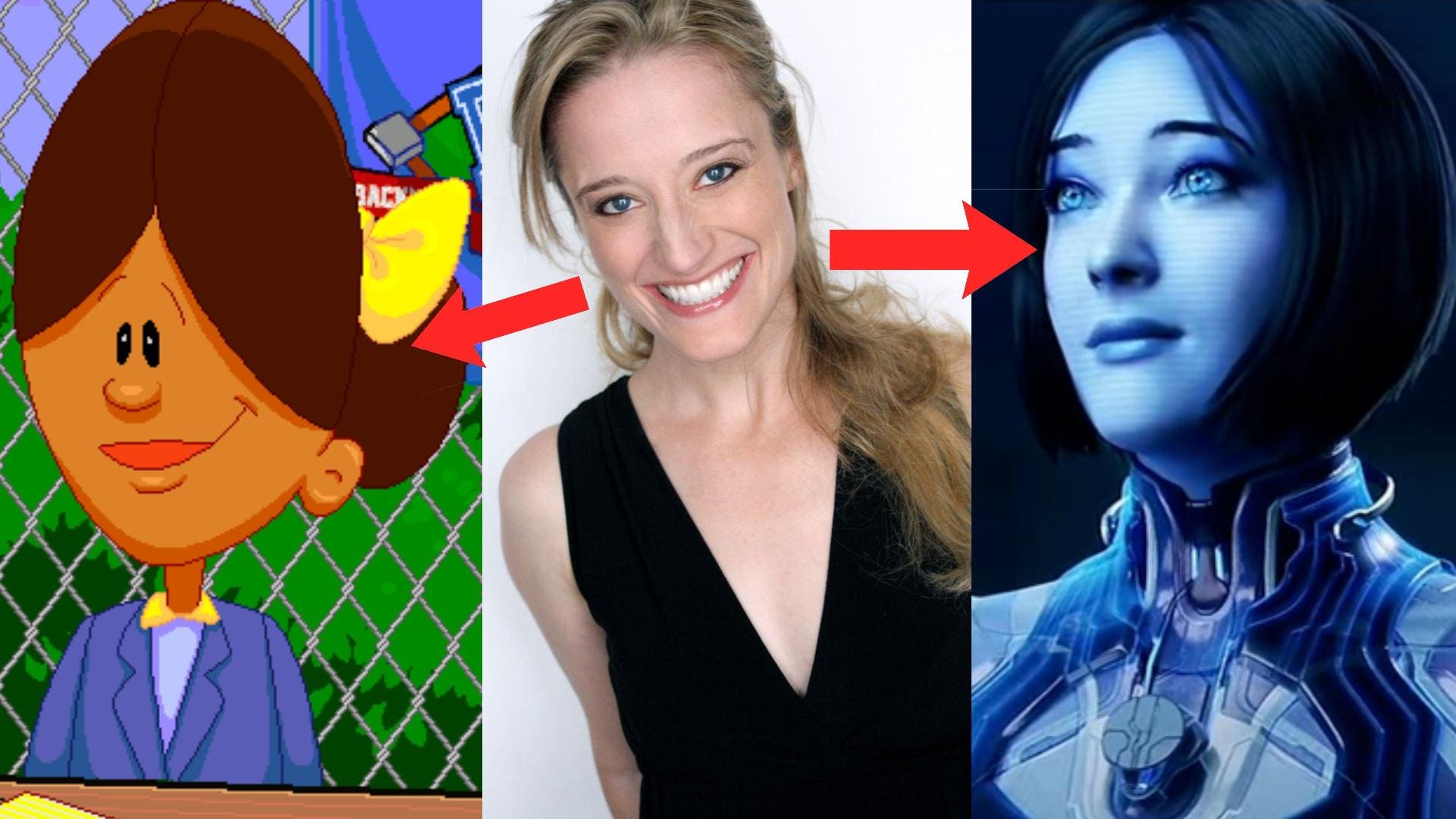 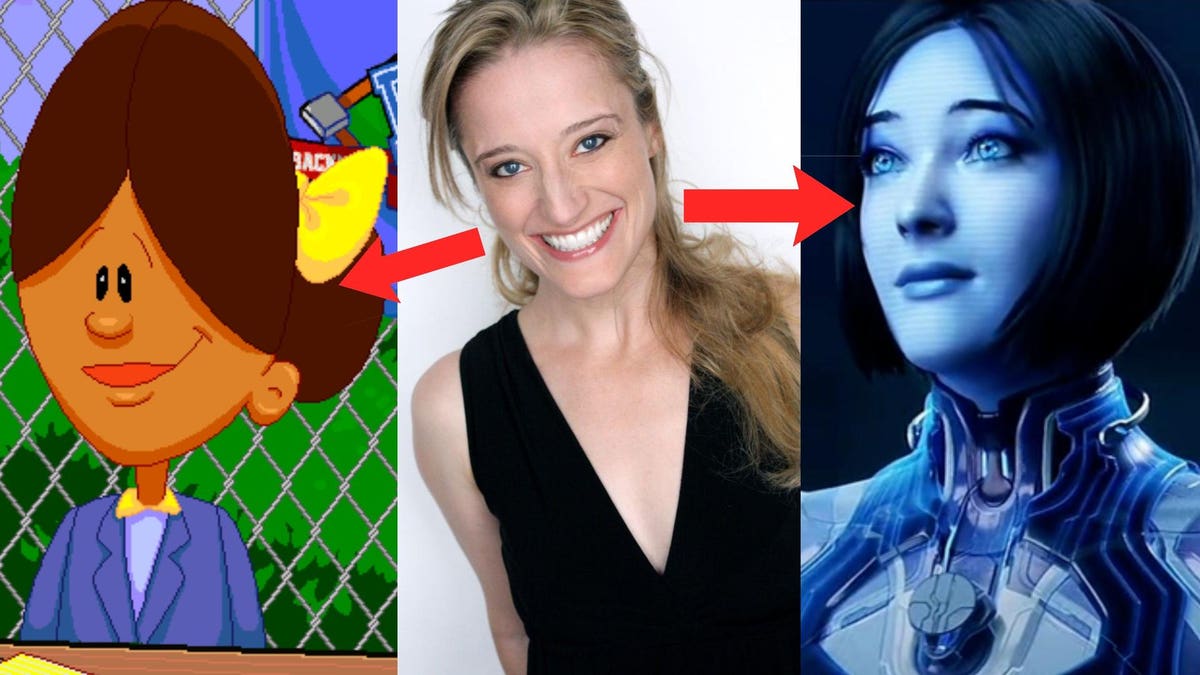 Hey Cortana: Who is Sunny Day?

You know Leonardo DiCaprio, right? You likely know him for his roles in the Titanic, Wolf of Wallstreet, and Inception. Not for his role on The New Lassie, his first appearance as an actor. The same can be said for a lot of talented actors and actresses. Their names became household because of a groundbreaking or incredible performance in a now well-know piece of work that slingshot them to fame. Unless you’re a diehard fan of one particular actor, a lot of actor’s early roles don’t get talked about in the same conversations as their most well-known ones do. This makes complete sense. At the same time, early work isn’t automatically worse than work that is popular. Sometimes early acting and roles are even more entertaining in different ways.

Jen Taylor is a voice actress with 20+ years of experience most well-known in the voice-acting and gaming community for her roles as Cortana from Halo and Microsoft’s virtual assistant, Princess Peach and Toad from Nintendo’s library of games, and Zoey from Left for Dead. It makes sense that most of the questions she gets asked at the multitude of conferences, speaking panels, and interviews have to do with these roles that her voice is most known for.

It also might surprise you to know that her first voice acting role, and perhaps one of her all-time best, in 1997 grew to be its own legend in a community so niche that she’s hardly ever had one question about it. This is the story of how the voice of Cortana was just as well-loved almost a decade earlier for a role that took her just six hours to record.

Living at the 3-way intersection of sports, comedy, and charm, the Backyard Sports franchise was the ultimate way for young kids to learn how to play sports video games without complicated controls and starring characters that were their age. Originally created and developed by Humongous Entertainment in 1997 with its first title “Backyard Baseball” for the PC and Mac, Backyard Sports would go on to make over 50+ titles including sports such as baseball, football, soccer, and basketball. Each starred the same cast of neighborhood kids that each had their own set of strange quirks and skills.

Some players were really good at football, but couldn’t hit a baseball. And they’d be sure to tell you that. Before, during, and after a play, you’d hear each kid shouting and yelling random phrases that fit with each of their personalities. From “Hey, we want a batter, not some broken ladder, ya know!” to Kimmy Eckman who would eat candy bars after a big play; this is what really separated Backyard Sports from other sports games aimed at the under 13 crowd.

The more you played the game and got invested into season mode, the more you began to notice the lines and jokes that your team would fire off while they were on the field of play. Since Humongous Entertainment couldn’t beat EA Sports’ at graphics or gameplay, they went the route of humor and relatability for kids. When your starting left fielder keeps repeating the phrase “I’m gonna hit a touchdown!” when he comes up to bat, it’s gonna keep you wanting more and more afternoons at Steele Stadium.

In the Clinton administration, it wasn’t uncommon for the phrase, “Hi-De-Ho sports fans!” to come blaring 20+ times a day through a set of 90’s computer speakers with the finger hole (if you’re a real one, you know). Every legendary sports game goes beyond just being fun to play. The sounds and dialogue are what turn a good game into a great one. The voice you hear the most in any sports video game is the broadcasting team. Mechanically great sports games have left many wanting more when the announcers are lame and don’t add any flair to the game, but an exciting duo in the booth can turn less-than-sound gameplay into an experience that’s sticky and keeps drawing the player back wanting one more game before bed.

Just like how Backyard Sports games all had the same cast of players, (besides the professional players who would be added starting in 2001) the lifelong announcer who covered every sport under the digital sun was Sunny Day. Day appeared in the first game, Backyard Baseball, and was in every game, the play-by-play commentator. Just like how Backyard Baseball was Day’s first appearance behind the microphone calling games, it was also Day’s voice actress’s Jen Taylor’s debut working on an entertainment video game.

An Under-Grounder! My oh my!

“Jen, you make all sorts of weird voices. I bet you could get paid to do this. You should be a voice-over actress,” one of Taylor’s friends told her after she had graduated from North Western. Coming from a theater background, she wasn’t looking to move to NYC like a lot of people with theater degrees, but wanted to stay in Seattle, where she grew up. “So much of anybody’s career in voice acting, back then, depended on location.” says Taylor. As a proud Seattleite, Taylor was getting into voice-acting in the late 90’s. “It just so happened that game industry was starting to happen in Seattle,” explains Taylor. “I got a voice agent that would help me with my auditions. We used to have to go down to the office, record something, and then they would send it off.”

Just like how location matters for voice work, during this time in Seattle, there was an exciting chemistry of ballplayers brewing in Seattle. The Mariners made the playoffs for the first time in franchise history in 1995 and the town was loving the madness that comes with having a winning baseball team. Humongous Entertainment was a small video game studio nearby that was looking to launch a baseball video game for kids in the late 90’s, likely inspired by the big league team in town. Looking to have a fun game with a broadcast team that could explain what was happening on the field of play, H.E. started looking for voice talent that could add a sense of excitement paired with matter-of-factness to the game.

“As I recall in the audition, they had me read lines that would end up being in the game. A lot of the lines were like ‘this is who I am and this is who this is’; it was self-explanatory in terms of what I needed to read,” recalls Taylor. Not only was Taylor hired for the role of Sunny Day, she was also cast as 3 of the Backyard Kids: Maria Luna, Luanne Lui, and Billy-Jean Blackwood.

The recording structure for each session had Taylor reading in the order of the game and then she would read all things of a similar category, for example team names, in different vocal inflections. “It takes less time than people think to voice a game like this. They would have me in for two sessions a day to record. The first to do Sunny Day because, well, Sunny Day had a lot to say. Then, I would do the other kid’s voices. In total for each game, it was a total of four to six hours total. That’s it,” Taylor explains. “I was delighted that this opportunity happened. I was just happy that someone was paying me for my voice,” Taylor said, excitedly.

As for the character and persona of Sunny Day, Taylor sees a lot of similarities between who she is and who Sunny is, ”I just remember just how charming I thought she was. She was kind of, me,” Taylor laughs. “She was smart, nerdy in a good way, and super into the game. They always told me, she is very very into the game. This is a real serious game to Sunny Day.”

After the game was all recorded and published, as part of the marketing for Backyard Baseball, Sunny Day was shown on the screen at a Mariners game not too long after the game was released. “This is a crazy moment for me as an actor. My friends were at the game and all of a sudden Sunny Day came up on the jumbotron saying ‘This is Sunny Day. Welcome to the Mariners game!’ That was the first time where I was like, ‘Wow! Everybody saw something that I did,’ ” remembers Taylor.

Since most know Taylor’s voice and career related to role as Cortana, she has only ever had two questions about her work for Backyard Sports. “Before this interview I watched gameplay video of Sunny Day for actually the first time, since they never sent me the game and I love her. Sunny Day is a charming character and I’m glad that she’s celebrated,” Taylor concludes.

This interview has been condensed and edited for clarity.

What did you think of this article?

Thank you for your feedback!