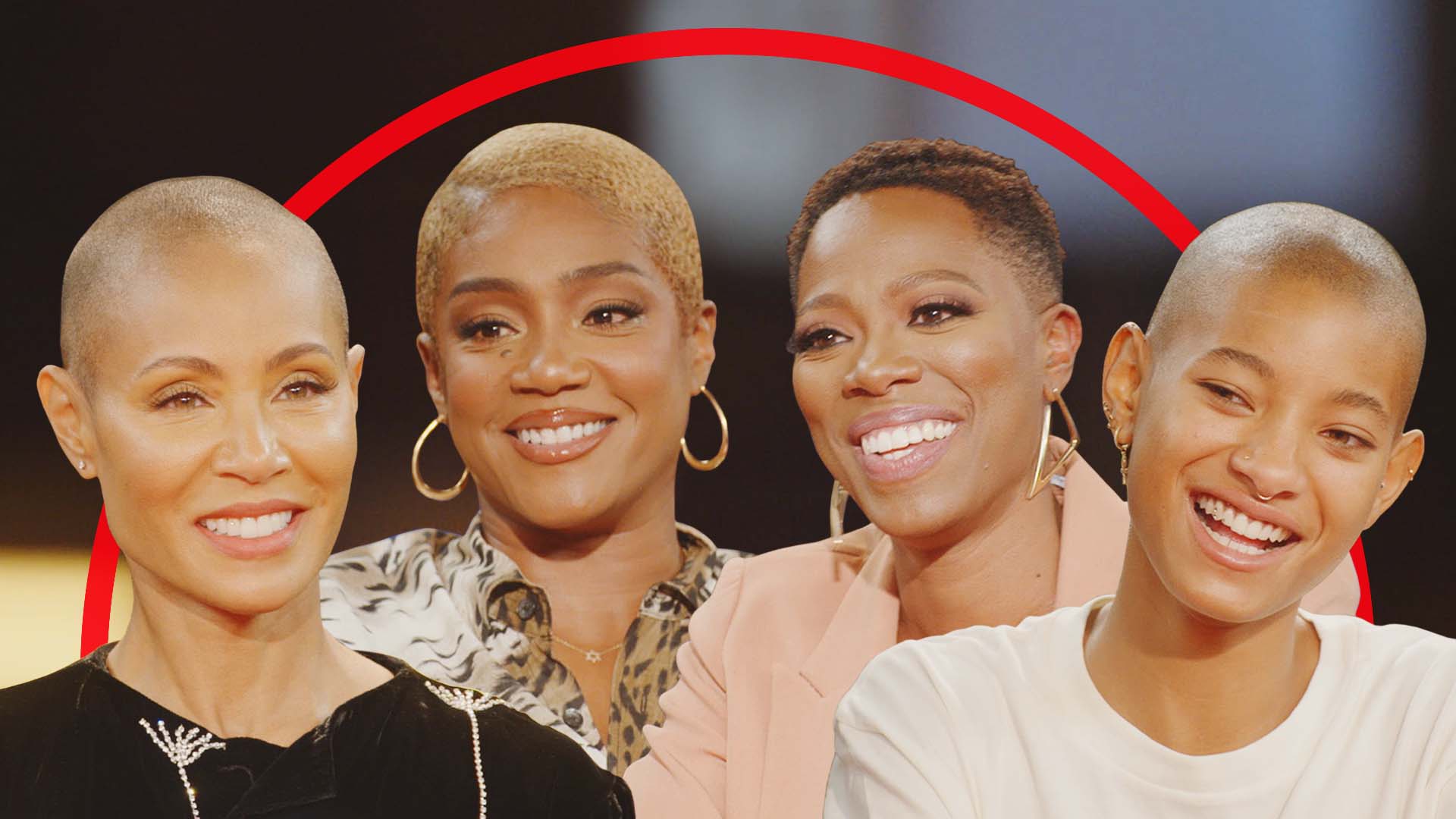 Red Table Talk is back on Facebook Watch for a fourth season, and its hosts, Willow Smith, Jada Pinkett Smith, and Jada’s mom, Adrienne Banfield-Norris (better known as Gammy), kicked things off with a very vulnerable discussion. On Wednesday, September 15, they were joined by comedian Tiffany Haddish and Insecure star Yvonne Orji for a candid conversation about shaving their heads.

Haddish starts off by sharing her story behind getting the Big Chop, noting that she shaved her head after spending some time reading the Bible and the Torah. “During that pandemic time — the beginning of the pandemic — I was reading the Bible more, checking up on the Torah and everything. Everything is talking about know thyself, know thyself,” she said. In addition to spending some time with God in the early weeks of the pandemic, the comedian was doing reshoots for a movie that involved wearing braids that would have “taken hours [to take out],” further affirming her decision to cut her hair.

Jada shared her story next, and she says to Haddish that her desire to shave her head was also “a mixture of a spiritual calling and dealing with hair loss. “Girl, at some point, you’re hairline’s going to be back here, [gestures to the back of her scalp], so we might as well just do it now,” she says. Once the hair was all gone, Jada said she felt “more connected to myself and to the great divine in a very special way.”

The discussion then turned to Willow, who confessed that getting up to do her hair every morning as a kid “just always felt just like a challenge or a chore.” She continued: “And I just didn’t feel beautiful. Like, I just felt like I looked like a Troll doll.”

This frank conversation on shaving hair concluded with Yvonne Orji’s story. Similar to Haddish, she decided to get the Big Chop in self-isolation during the COVID-19 pandemic as well. “I was looking like Krusty the Clown from The Simpsons ’cause [the hair] was growing out on the side. One day, I was like, ‘You know what? Let’s go ahead and make this thing happen,” she said.

As Willow said, “hair holds energy,” and even though these women no longer have these vessels of ardor, they all look as gorgeous as ever with their buzzcuts. To watch the full conversation — which includes how they dealt with the wide range of positive and negative reactions people around them had to the new, short styles — check out the first episode of Red Table Talk’s fourth season on Facebook Watch above.

Done reading? Check out these other stories about our relationships with our hair:

11 Things I Learned After Shaving My Head

Embracing the Beauty of Being Bald

How a Bad Blowout Pushed Me to Face My Hair Trauma

Now, watch someone get The Big Chop for the first time: