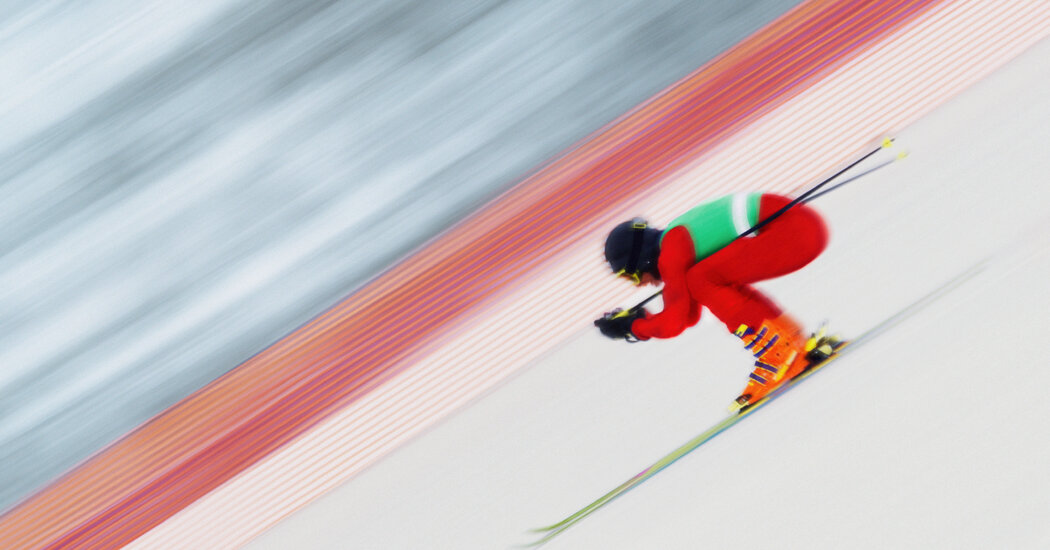 “Little girl, slow down!” a startled member of the ski patrol yelled after me as I sped past him and sailed down the hill.

“But it feels good!” I yelled back at him over my shoulder as I stuck to my course, according to my parents, who remember the incident.

I was 5 years old. From the time my dad first strapped my little boots on skis, when I was just 18 months old, skiing was my safe haven. Throughout my childhood, it was the thing I truly excelled at and could do effortlessly. Like I told the ski patrol guy that day — it just felt good.

And I was fast. At age 14, I made the United States Telemark Ski Association’s development team, and I went on to join the World Cup team. At 16, on my home mountain, Steamboat Springs in Colorado, in front of my family and friends, I won a World Cup race.

Skiing almost broke me. And I’m far from the only athlete with a story like this. Elite competitors past and present are starting to speak up about a reality that some coaches, doctors and sports associations have ignored or even intentionally covered up: World-class competitive sports can push children and young adults to the breaking point and sometimes beyond. It’s not just a few bad apples; it’s a culture singularly focused upon winning at all costs, a culture that sometimes disregards the mental and physical health of athletes.

The gymnast Simone Biles reignited this conversation at the Tokyo Olympics by showing the strength and grace to know when to step back and not compete. In doing so, she also showed us a path toward healthier sports. Now we — athletes, viewers, teams and sports associations — need to do our part to stop the shaming and better safeguard young athletes’ safety, health and futures.

I wish someone had gathered the courage to do what Biles did when I was still competing, because I sure didn’t. Skiing made me special. “You’re Zoë, the skier,” people would say. So when thoughts of quitting the sport cropped up, I pushed them down. Take away skiing, and poof — there goes special. I would just be Zoë. And who was Zoë without skiing? An awkward, average girl who was too nerdy to be cool, not seen as smart enough to be a nerd and too weird for everything else. So I skied.