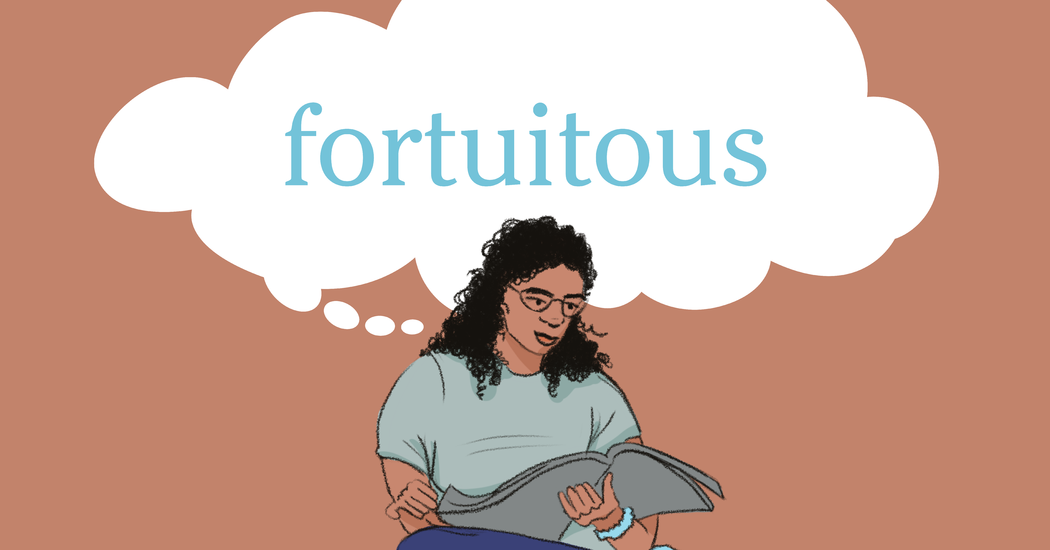 2. having no cause or apparent cause

The word fortuitous has appeared in 71 articles on NYTimes.com in the past year, including on June 10 in “Netflix: The Store!” by John Koblin and Sapna Maheshwari:

Products based on entertainment hits go back to the early days of Hollywood. Disney sold plates, jigsaw puzzles, tin pails and other goods featuring Mickey Mouse, Pinocchio, Snow White and other characters as far back as the 1920s. Decades later, George Lucas made a fortune thanks to a fortuitous deal he cut with Fox that let him hang on to the rights to “Star Wars” products in exchange for a discount on his director’s fee, an arrangement he made before the first film in the series came out.

Can you correctly use the word fortuitous in a sentence?

If you want a better idea of how fortuitous can be used in a sentence, read these usage examples on Vocabulary.com.